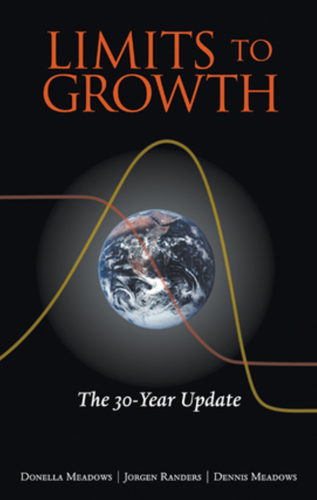 It’ll come as no surprise to you, our audience, that a recent poll indicated that economists are amongst the least trusted professionals. They’ve made blundering mistakes on everything from claiming financial crises can’t happen, to not foreseeing the most obvious recessions.

But all that pales into insignificance when inept economists get involved in modelling climate science – a recession we can recover from, but the breakdown of our planet, we cannot.

Host Ross Ashcroft went to Kakanomics, the leading economics festival in Norway, to talk with the renegade economist, Professor Steve Keen to understand the extent to which mainstream economists have been peddling their ideology as scientific fact and the damage their blinkered ideology has done to the future of our planet.

As one of only a handful of economists who predicted the great financial crisis in 2008, professor Keen has recently turned his attention to the climate. Keen argues that mainstream economists have cherry-picked data in order to justify predetermined conclusions intended to vastly underplay the impact economics is having on the climate. Neoclassical economists have created what Keen contends are a series of fantasies, the most egregious of which is the notion that a correlation exists between climate change and geographically specific temperatures relative to GDP per head rates. Keen posits that such fantasies are based on a set of flawed post-Adam Smith era economic assumptions, the main one of which is that all wealth comes from the division of labour.

It’s more relevant, claims the renegade economist, to view the situation from the perspective of physiocratic theory as developed by a group of 18th-century Enlightenment French economists, which Keen claims modern theorists have tended to overlook. The physiocrats argued that all wealth comes, not from the division of labour, but rather, from the free gift of nature, which, today, we call energy (the word ‘energy’ didn’t exist in the 18th century). The physiocrats saw land as a unique factor of production.

The physiocratic concept that wealth is provided for free by nature and then harvested to be distributed through the rest of society, is at odds with the neoclassical economists whose prevailing ideology is premised on the assumption that there is no role for either land or energy in the production process. “Labour without energy is a corpse. Machinery without energy is a sculpture”, says Keen. In order for them to work requires energy input which it then converts into useful work (ie income). That successive schools of economics have omitted the role of energy “is a blindside which has been in economics for two centuries”, adds Keen.

The renegade economist takes particular aim at William Nordhaus who was awarded the 2018 Nobel Prize in Economics for ‘integrating climate change into long-run macroeconomic analysis’.  In his Nobel Prize lecture, Nordhaus described a 4°C increase in global average temperature as “optimal” – that is, the point at which the costs and benefits of mitigating climate change are balanced. “His optimal trajectory”, says Keen, “has us peaking at a temperature of four degrees above pre-industrial levels by 2140. And when you look at what he says the impact will have on GDP, he says GDP in 2040, if the temperature rises by 4 degrees, will be roughly 4 percent less than it would have been in the complete absence of global warming. So he’s saying global warming is that trivial, literally, only worth a four degree decline in GDP in about 120 years.”

With his 1973 paper, ‘Measurement Without Data’, it was Nordhaus who arguably did more than any other individual to disparage the reception of Limits To Growth, an holistic seven decade-long modelling study of the various climate feedback effects and the most effective ways of controlling them. Mainstream economists, argues Keen, rejected the Limits To Growth study predicated on extrapolations that have no basis in reality.

“They assume that the variations in climate and income over space, will occur over time. It’s an insanely bad assumption. It’s a stupid assumption. It’s a product of living in a discipline where making absurd assumptions to get over logical conundrums, has become a way of life”, says Keen.

These false assumptions presuppose that economists need to sustain myths in order to justify their continued existence. The irony is that an economy will cease to exist in the absence of an environment to support it.

“You don’t need economists to have an economy but you need engineers to have bridges. If engineers build bridges the same way economists do, they’d be people crashing into rivers all over the planet and engineering would be rapidly revised”, says Keen.

However, people are economic actors. Thus, the capitalist economy continues unabated regardless of the insane theoretical assumptions that underpin it.

Equilibrium, not innovation is the ideological basis for neoclassical economists’ defense of capitalism. “But that’s the last thing capitalism achieves. So they chose a bad ideological basis for defending capitalism and yet they defend that against all comers”, says Keen. That Mother Nature is now the world’s most powerful dissident voice and has recently visited vengeance on Australia, Brazil and the USA – whose political leaders deny her physics and chemistry – highlights the fact that she couldn’t give a stuff about them nor their equilibrium. Ultimately, corporate CEOs and mainstream economists are to blame for this state of affairs.

What can we do?

In Keen’s view, the only feasible solutions are radical ones in the form of a collective mutiny against the existing paradigm. Extinction Rebellion, he says, is an example of such a mutiny which emerged out of a growing disillusionment with the failed economic discipline.

“It’s our responsibility to manage the climate so it doesn’t move outside acceptable and manageable bounds. And it’s also our responsibility to the other species on the planet to give them space. We’ve done neither of those things. And what economists are saying is, rather than paying heed to staying within that bound and respecting the other creatures, we should just continue growing exponentially. And the end result of that is crisis”, says Keen.