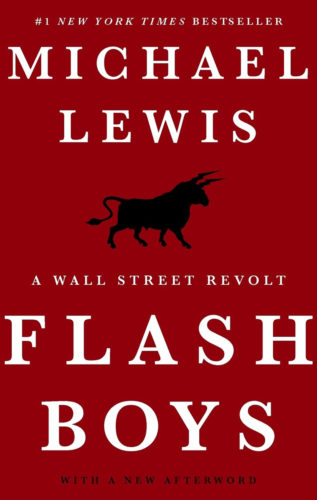 Stock markets today are at all time highs, housing markets globally have been artificially reflated and companies who have not ever made a penny of profit are being floated for eye-watering sums.

When everybody is thinking the same thing, it is likely that no one is really thinking at all.

Central banks are meddling behind the scenes, keeping this whole facade alive. Anyone could be forgiven for feeling that the global economy has a very 1920s feel to it. If that intuition is correct and the level of private debt is proportional to the roaring 20s levels, where next for money markets? Higher and higher? Or back to reality with a bump?

Investor hedge fund manager and author of Planet Ponzi, Mitch Feierstein told Renegade Inc that he identified to governments back in 2007 that there was too much debt, credit and leverage and the only remedy to this was to let the big banks fail.

Their answer, was “absolute not”.

Feierstein cited the Resolution Trust debacle as an example of what should have happened. The Trust was declared insolvent as a consequence of the 1980s Savings and Loans Crisis and up to 300 bankers were jailed.

“This is what should have happened this time around, instead of taking hundreds of trillions of dollars taxpayer’s money and placing the taxpayer at incredible peril and just added liquidity to the markets,” he said. “Giving more money to an insolvent institution is not the solution. You cannot pay your way out of debt with borrowed money. It’s not going to cure the underlying problem of insolvency.”

This is why Feierstein refers to the entire global economy as a Ponzi scheme.

“The amount of debt in the global financial system is a Ponzi scheme because the United States government has over $240 trillion in debt which is more than three times global gross domestic product. That’s the sum of all goods and services produced with zero consumption for three years. We’ll never pay out the debt that’s owed.”

Feierstein says the government has tried to replace consumer demand with debt and printed money and consumers haven’t come back into the market.

“That’s why we’ve got a huge government that thinks they can control everything and price action manipulating volatility to unrealistically low levels,” he said.  “They think the consumer will eventually come back but they won’t because the jobs have disappeared and the unemployment rate which we’ve spoken about before is a lie. It’s not 4.3%, it’s closer to 20% because you’ve got people who aren’t participating in the workforce. And that’s probably over 100 million people in America.”

“Credit is what we do to sort of keep middle class voters happy,” she said. “We’re tapped out.”

The good news and the bad news is that when the next financial crisis comes the US government will not have as much firepower to throw at it.

“The central bankers of the world have dumped $30 trillion into the global economy over the last eight years and we’ve got 2% growth and change,” she said. “It’s pathetic.”

Feierstein said it is important to highlight how derivative products have contributed massively to this problem.

“When I say there is too much leverage, basically derivative products allows financial institutions and investors to create 100 to 1 leverage. You put up $1 to control $100, or $500 dollars in assets. Think about that on a big scale. If you take $10 million you can control something worth $100 million, or even $500 million depending upon how you gear the leverage ratio.

“This we learned from the crisis originally was bad but they’ve gone back to doing the same transactions, the same trades and the same leverage. How does it unwind? Are there enough buyers for the massively overpriced property markets around the world? I’d say no.

“Look at Toronto and Canada, they have that Mark Carney who was the head of the Bank of Canada who is now head of the Financial Stability Board in Switzerland, the irony. Carney has inflated some of the biggest housing global housing bubbles around the globe.

“That’s not the solution because real wages are tapped out because they haven’t gone up to keep pace with shelter costs and other costs health-care and food costs, soaring education costs, all of these costs are increasing while wages remain stagnant.

“The only thing that’s been filling the gap for the past eight years is money printing. Printing presses have been smoking on fire because they’re printing so much more money.”

Feierstein cited Venezuela’s hyperinflation as an example of how bonds equities and property are distorted from reality. Price discovery and benchmarking have become a thing of the past.

“Valuation is really important when you determine whether you want to buy something or not,” he said. “ You say ‘well does this look expensive or does it look cheap or does it look like fair value?’.

“Take Snapchat for example. What does this company do? They make neat little pictures with bunnies and people can have funny little noses or their friends in there and messages disappear after a couple of seconds. I don’t understand what the fundamental value proposition of that company, so I don’t know how they’re going to make money. If they’re valued at $52 billion it means they’re going to have cash flows coming in from somewhere to support that. I just don’t see it.” Feierstein says we are caught in a bubble that many refuse to admit even exists, despite overwhelming evidence. One need only look back as far as the last dot-com crash in 2000 as proof.

“They say it’s different this time but they don’t understand that because bond rates are so low, the only thing you can do is have a dash for your cash in stocks. The problem with that logic is that bond rates have been manipulated to these low yields by money printing. That’s the only driver right now that we have.

“They’ve become the central banks: the Bank of England, the Bank of Japan and the US Federal Reserve. These have become the biggest rogue hedge funds on the planet right now and they’re taking wildly speculative positions because they have a huge balance sheet that they don’t need to tell anybody about or what they are doing in those three market categories. So they’ve moved the prices and nobody’s going to fight against them, they’re just going to join along.”

The reason there is no price discovery anymore  is that markets have been so skewed by central banks and others interfering that prices are distorted from reality.

Feierstein predicts another financial crisis is on the horizon and says China is due for another significant credit event, but this time, companies should be allowed to go under.

“Capitalism without bankruptcy is like Catholicism without hell,” he said. “What happens when you bail out the insolvency is you still have an insolvent bridge that has more debt.”

Watch the full episode above to find out how we transform the global economy from a giant bubble of denial to something more resembling reality.