Panama Leaks and the fall of Pakistan’s Prime Minister

No Pakistan Prime Minister has completed a regular term in office, their tenures cut short by assassination, civilian or military coups, judicial intervention, and intra-party machinations. The resignation of Pakistan’s Prime Minister, Nawaz Sharif is another in a long-line of leaders whose term was cut short by greed and malfeasance. Historian, Professor Ilhan Niaz examines institutionalised corruption in Pakistan. On July 28, 2017, the Supreme Court of Pakistan (SCP) rendered a unanimous verdict by a five-member bench that disqualified Prime Minister Nawaz Sharif from holding public office. This outcome was the result of the Panama Leaks, which revealed that the premier and his family owned assets disproportionate to their known sources of income. The opposition Pakistan Tehreek-i-Insaf (PTI), led by Imran Khan, seized on this issue and managed to compel Pakistan’s normally apathetic state institutions to take notice. For over a year, the premier and his family failed to explain how they acquired upscale properties in London. The ruling family dug themselves even deeper into the hole in their effort to establish some kind of cover for their acquisitions by being deliberately inaccurate before the SCP and even forging documents. Surrounded by sycophants, the premier was evidently badly advised at each step and he and his family have paid a very high political price and could well face jail time.

Pakistan has a long tradition of dragging its civilian chief executives over the coals. No prime minister has completed a regular term in office, their tenures cut short by assassination, civilian or military coups, judicial intervention, and intra-party machinations. Many premiers have been overthrown or dismissed for alleged abuse of power, mal-administration, and corruption. Nawaz Sharif and his family, in being unable to account for their wealth, and in their crude attempts at a cover up, have demonstrated that they are evidently crooks. This said, the Pakistan Muslim League-Nawaz (PML-N) has done a better job of delivering on its campaign promises than any political party in Pakistan’s democratic experience. Pakistan’s energy crisis has eased, the economy is headed towards 6% annual growth, FDI is the highest in a decade, per capita income has risen perceptively, major cities have seen considerable investment in their infrastructure, and the gross level of terrorist violence has declined. Given that the ruling party won in 2013 with as many votes as the next two largest parties combined, its victory in 2018 seemed all but assured.

As a dynastic patronage complex full of opportunistic centrists, the PML-N has remained vulnerable to disintegration and the judicial verdict of July 28 has eliminated much of the ruling family. The junior branch of that family, headed by Punjab Chief Minister Shahbaz Sharif, might fill the void but is vulnerable due to the massacre of opposition political workers at Model Town Lahore in June 2014. In the past, the incapacitation of the Sharif family led to mass defections from the PML-N. In terms of electoral politics, the PTI will feel it has gained momentum and has a real chance of winning at the next polls.

The expectation that Nawaz Sharif’s dismissal will usher in a major change and help roll back corruption is likely to be disappointed. Most of the corruption that afflicts the public sector in Pakistan is structural and institutionalized, and not amenable to major reduction. Pakistan’s public discourse, while rough on politicians and elected representatives, grants de facto immunity to criticism to religious institutions, the military, the judiciary, and sections of the private sector and state bureaucracies. Pakistan’s professional middleclass thunders against the corrupt politicians and some of them believe that Imran Khan can turn lead into gold. But this class is often as guilty of corruption, albeit on a more modest though consistent scale, than the politicians they despise.

Since 1947, Pakistan state elites have presided over a massive privatization of public wealth. Entitlements in the form of plots, perks, benefits, are part of an elaborate system of bureaucratically induced shortages that breed systemic corruption and undermines governance. Pakistani private and public sector corporations and entrepreneurs guzzle subsidies and thrive only in a cartelized environment. Any attempt by a government to rationalize the economy or improve productivity is met with howls of protest and demands for more subsidies. Pakistani professionals, be they lawyers, doctors, engineers, educators, behave like mafias, seeking to avoid ethical checks while relentlessly pursuing self-aggrandizement. The difference is that while professional and bureaucratic corruption is more institutionalized and sees a larger number of people steal a smaller amount of money per capita, the corruption of Pakistan’s politicians is disorganized, top-heavy, and often thuggish. The highly competitive and public nature of politics leads politicians to attack each other for corruption, enhancing the public perception that they are corrupt.

The conclusion of the present phase of the Panama Leaks saga in Pakistan has probably ended the political career of Nawaz Sharif and made a smooth dynastic succession problematic. This is without doubt a great political victory for the PTI and a personal vindication for Imran Khan, who has struggled tirelessly since 2014 to bring down Nawaz Sharif. While this makes for high political drama, Pakistan’s non-electoral power centers are not willing to submit to any reasonably independent accountability. The PTI, as it secures defectors from the older parties, is also likely to become less concerned about accountability with the possibility of success in the next elections overriding any other considerations. Montesquieu, writing about the late Roman republic observed that once decay had set in the Romans disposed of individual tyrants but moved inexorably towards tyranny. In a like manner, Pakistan has disposed of a corrupt prime minister (and some of his brood) but tackling corruption as a phenomenon is a task that will require a level of intellectual honesty and equalization of the public debate that shows no signs of materializing. 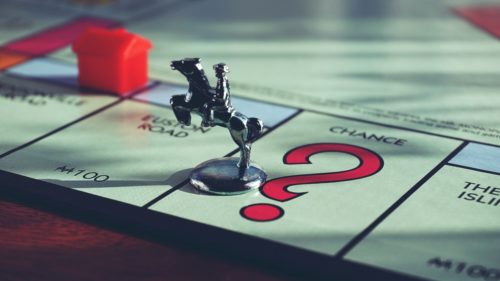