Research paints a shocking picture of the experiences of pregnant women and new mothers in the UK workplace.  Over 50,000 each year, one in nine, are dismissed or bullied out of their jobs purely because they became pregnant.  In addition, 77% of mother’s are actively discriminated against with almost half stating they earn less now than before they had kids.

Since 2015, the founder of Pregnant Then Screwed, Joeli Brearley, has been on a mission to raise awareness and to help women who are victims of this discriminatory behaviour. Renegade Inc. host, Ross Ashcroft, met up with the CEO to discuss how to end this ‘motherhood penalty’.

Sacked for being pregnant

Brearley set up Pregnant Then Screwed as a result of a direct experience she’d had whilst working for a children’s charity. The CEO explains:

“I was four months pregnant with my first child. I informed my employer that I was pregnant and the next day they sacked me by voicemail.”

Unemployed and with bills to pay, Brearley considered taking legal action but then found out she was having a high-risk pregnancy and could go into labour at any moment. Her career and confidence were at rock-bottom and the health of her baby was in jeopardy. The high stress levels, prohibitive legal costs and the limited time allowed to go to tribunal, resulted in her dropping the case.

As shocking as this experience is, it was only after having talked to other parents, that Brearley realized that it was far from being an isolated incident. The root cause of the issue is the myopic and short sighted attitude of employers who view maternity leave as a problem and pregnant women as a burden, rather than as an asset, to their businesses.

Also prevalent in their thinking is the notion that women are more likely to request a more flexible approach to their working patterns after they return from maternity leave. This dominant narrative is such that a third of employers avoid hiring women of child bearing age.

The evidence, however, paints a very different picture suggesting greater productivity and efficiency outcomes among women in the workplace who have young children. Greater flexibility is concomitant to higher productivity not less. As Brearley says, women of child bearing age are likely to be more productive than their ‘presenteeism’ counterparts who sit at their desks for 10 hours a day.

Brearley argues that such stereotypes are prevalent in every form which she links to the traditional 1950s ‘man as breadwinner’ mentality. The irony is that the pressures that come with this overbearing responsibility is the deterioration of the mental health of those concerned.

“People are working themselves to the bone and they’re unhappy as a result. Productivity increases with well-being. The fewer hours people work the more productive they are. There is a direct correlation between the two. And yet in the U.K., we are the overtime unpaid capital of Europe”, says Brearley.

These factors are particularly evident during periods of economic slump. Counter-intuitively employers will put out all of the stops under such circumstances in the mistaken belief that a rise in productivity will be the result of this conventional way of thinking. 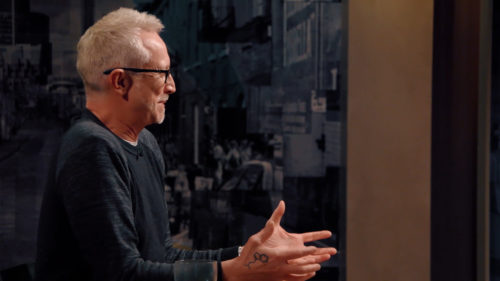 Moves towards the states use of financial and other incentives to encourage dual parenting responsibilities (ie the Swedish shared paternity/maternity leave model), would help reduce the gender labour market gap and create a happier, better skilled and more productive workforce.

All stick, no carrot

But this is not the route successive UK governments have decided to pursue. Instead of the gender equality ‘carrot’, the preferred UK option is the motherhood penalty ‘stick’ approach where mothers suffer pay reductions and career demotions, while fathers get pay rises and promotions.

The upshot is a system in the UK that is economically inefficient and human resource wasteful. Citing Save the Children, for example, Brearley says there are 840,000 women who want to work but can’t, purely because of the cost of childcare which in the UK is the second most expensive system in the world.

Employers tend not to think about the long-term costs involved of replacing well trained and highly skilled women. Moreover, their rigidity of thinking would suggest they are missing a massive commercial trick. According to Brearley, the problem stems from employers and line managers who have a short-term mentality, view flexible working and childcare in a negative way and don’t think about retaining skills in the workforce.

Another issue among employers is the anticipation of being financially burned as a result of the actions of opportunistic employees. However, as Brearley contends:

“If somebody is going to leave your business for nine months that is a challenge. But running a business is a challenge. If you do this properly, the long-term benefits are enormous. So you just need to work out the best way of doing it.”

Brearley argues that going forward, we need to rethink the entire structure of the system away from a 1950s style labour market that isn’t working for anybody and where presenteeism is rewarded, towards a more flexible approach. This involves the government taking seriously the childcare and paternity leave needs of its population and reducing working hours.

Brearley says that this will have a beneficial impact, not only in terms of productivity, but on the family and on society:

“We know that kids do much better in education if they spend really good quality time with their dads. Men need to be released from this relentless long hour working culture so that they can spend more time with the kids. But mums want to be stimulated in other ways besides just looking after their child. So we need a way of utilizing those skills in the workforce, because that’s good for mums, it’s good for the country, it’s good for the economy. The current structure we have is just bad for everybody. It’s not working.”

Simon Middleton looks at the growing debate about what business is for, how it should behave, and what role it can and should play in society.

Mindfulness, or Zen capitalism, privatises our pain which further alienates us and prevents us from working together for real solutions.

Why is it that only one section of society get a seat at the economics table...and what can be done about it?