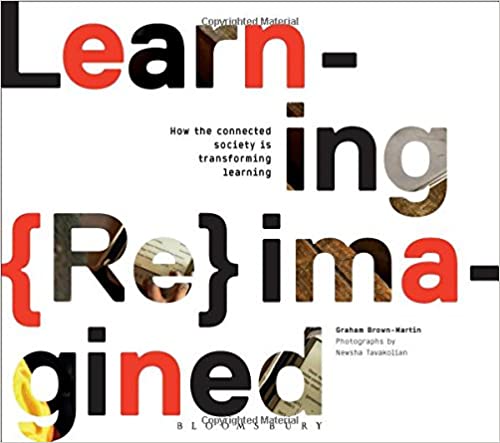 Self isolation, quarantine and the closure of schools has meant a headlong rush into home schooling.

But if this Corona crisis is going to fundamentally reshape economies and how we live, what should we be teaching children so they’re equipped for a very different world?

Renegade Inc. host, Ross Ashcroft met up with author and educator, Graham Brown-Martin to discuss the pitfalls and positives of remote learning.

The beginning of a new age?

One of the possible consequences of the Corona lockdown is the notion of societies entering a new age where remote learning becomes the prevailing norm. Although it might appear to be the case that home schooling in Britain is an untried and untested concept, the reality is that prior to the 1870 Education Act children were learning at home as a matter of course.

It was only after it became compulsory for children to attend schools that education became an addendum to learning as opposed to a process of learning in and of itself. When a system of rote education is broadened, the possibilities for learning are opened up in new ways. Home schooling provides the potential for a different approach to education free from rigid forms of testing, information recall and restrictive school curricula.

However, as Brown-Martin suggests, it has not been easy for many parents to break the mold since the onset of the Corona virus. The overseeing by parents of distant remote curriculum-taught subjects is challenging not only for parents ill-equipped for such tasks, but also for their teenage children distracted by the pressures of social media.

“Parents are getting an understanding of the difficulty of teaching in that particular way. I think schools caught unawares by this crisis have operated in a sort of fairly standardized fashion”, says Brown-Martin.

The author and educator asserts that in this Corona virus era it will take time for parents to get into a routine and for things to sort themselves out. But more broadly, people will be forced into a re-evaluation of not only the concept of education in a post Corona world, but will also have to come to terms with how it plays out within the context of the current post-WW2 extractive and environmentally damaging economic system. 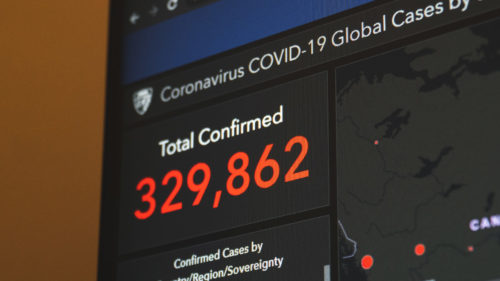 Citing the business mogul, Jack Ma, Brown-Martin argues that this industrialized-based model which creates the conditions for a pandemic to thrive, as well as the education system on which it is predicated will, in a post-virus world, have to be reinvented from the bottom up to enable humans of the future to undertake the jobs machines can’t do. To this end, the focus for educationalists of the future is likely to be a shift away from knowledge-based skills towards caring and creative-based ones.

The challenge then becomes how to develop an education system that nurtures, expands and allows what it is to be human to flourish. Here, Brown-Martin is not suggesting that knowledge will be sidelined. On the contrary, he says that one of the features that separates humans from machines is our ability to be creative not only in terms of artistic endeavours, but through writing and scientific thinking.

Human social interaction and dexterity also play a part in the development of an education system geared towards a post-industrial economy.

“If we’re smart about this, we can come out as a stronger society in some form. At least looking at what the future might look like, we had to make these decisions about the environment, about climate change, population growth, the impact of population. The pandemic has forced our hand”, says Brown-Martin.

The point of no return

As part of his analysis, Brown-Martin contrasts the damage done to the home, society and planet from the ‘business as usual’ pre-virus economic model to the likely consequences in a post-virus scenario. According to Brown-Martin, there can be no return to how things were once the lock down is over. While there exists the potential for the seeds of a renaissance to flourish in crisis, conversely there is also the chance that it will be exploited by narrow sectional interests detrimental to the health of the planet.

Brown-Martin, though, is optimistic that we’re moving towards a flourishing regenerative economy. He envisages the ushering in of a golden age of creativity and innovation, the availability of numerous creative-based jobs and an education system that equips present and future generations with the requisite skills and knowledge to service them.

Critical to this is that children are taught to think critically and to look creatively at the problems that surround them. Brown-Martin says that, ultimately, educationalists will have to broaden the narrowly defined remit they currently work with: “You know, as we say, remote learning, which is really remote teaching is teaching as instruction and instruction only. Now, some instruction is very useful. But if it’s only instruction to inculcate facts and procedures to them, vomit them out, an exam that no longer exists, then we have a problem”, says Brown-Martin.

The author and educator continues:

I like to think about the education system as a sort of iceberg where the tip of the iceberg is what you can see from the grading system. That’s the evidence of learning and so forth. But there’s so much more under the sea in terms of the iceberg. And what we’re seeing in the home, what’s happening outside of the school, is all that stuff. Now how do we surface that so we can see it?

Despite the unsettling times, Brown-Martin believes that societies will pull through:

“I don’t want to put a shine on something which is a terrible situation for an awful lot of people around the world, but if we think carefully and we participate in the conversation, then we can come out of this in a positive way that we’ll have a better society”, says Brown-Martin.