Prince Charles has a reputation for being an eco-warrior. But his noble rhetoric is not matched by his actions.

In reality, the heir to the throne is part of a wider media PR machine whose role as a vocal opponent of war and environmental degradation and the neoliberal economic system that overrides them, is to act as their gatekeeper by providing the public with a humane face.

Prince Charles has reputation for being an eco-warrior. Publicly, there is virtually no environmental cause the British royal and heir to the throne will not be seen promoting. 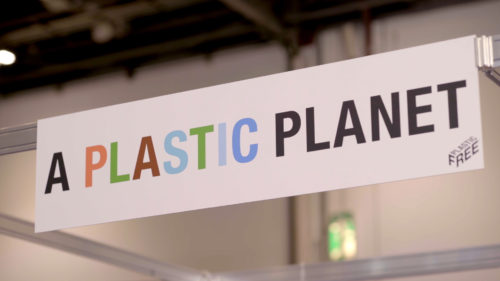 He has remarked that ‘profound changes’ are needed to avert environmental catastrophe, that conserving resources and maintaining eco-systems are essential to improving the health and well-being of billions of people. The heir to the throne was particularly critical of companies that protect vested interests.

Last year at the United Nations conference on climate change in Paris, Charles highlighted the negative impacts conflict and terrorism were having on the environment. He was particularly critical of the role played by the US in Syria.

However, Charles’ noble rhetoric is not matched by his actions.

In reality, the heir to the throne is part of a wider media PR machine whose role as a vocal opponent of war and environmental degradation and the neoliberal economic system that overrides them, is to act as their gatekeeper by providing the public with a humane face.

In reality, the British establishment and royalty know that arms are good investments especially shells, bombs and cruise missiles that are tipped with depleted uranium (DU).

While publicly Charles questioned the negative legacy left by the US in Syria, the history of his family’s investments in depleted uranium-tipped shells – many of which are currently being dropped on the people of Yemen – undermine these alleged concerns.

Air, water and soil are contaminated when DU is used and there is no way to de-contaminate the latter. Once it enters the soil, the food chain is at risk of contamination. This constitutes a crime against humanity, one of many in which the royal family has historically been complicit. One of the most notorious and repugnant of these crimes, aided by controversial businessman Tiny Rowland, involved the asset-stripping of Africa.

Rowland, an unashamed member of Hitler Youth, was chief executive of the Lonrho conglomerate from 1962 to 1994. Angus Ogilvy, the Queen’s nephew, would sit on Rowland’s Board with royal approval. The Royal shares financed the arming of Africa in the Lonrho resource wars. African lenders who promised Lohnro their strategic minerals were armed to the hilt by Ogilvy and Rowland.

In 1987, the Anti-Slavery Society reported that in Lohnro’s shanty goldmines 60 boys had to work almost naked in a pool of cyanide at their extractor plant in Ghana. The cyanide, in separating out the gold, enters the body as gas, liquid or acid dust. But such horror is overlooked if it happens to impinge on profits. With the help and advice of their pet buckaneer, the royal shareholders recolonised Africa by the back-door and their uranium holdings are now worth more than $6 billion.

But here’s the catch: No amount of money can deflect from the fact that pollution is democratic.

Not only can uranium winds blow back into the faces of their profiteers, but thanks to uranium investors, radioactive isotopes are now found in the flesh of worms.

Worms are a pillar of ecosystems in as much as they aerate the soil and aid the nutrient uptake of plants which Prince Charles reportedly likes to talk to.

Depleted uranium that hardens the tips of shells that can pierce concrete, is one of the royal ordinance’s star exports, despite the fact that weapons which contain DU violate the Geneva Convention. The DU shell which the Sovereign has shares in, is not only illegal but it is also a highly mobile discriminate killer described as a “permanent terrain contaminant”.

Unlike any hereditary monarchy, however historic, DU stains the environment forever and rewrites DNA codes. The rates of human deformation in Fallujah, the city in Iraq where the West used DU, exceed those in Hiroshima. While the UK government was undertaking its illegal war in Iraq, it increased the value of the Royal investment. The price of uranium increased 500% in six years.

The trading in death by royalty continues apace but has shifted from the Continent they fleeced during the Ogilvy/Rowland years to the Arabian Gulf Peninsula. BAE systems, Britain’s leading arms manufacturer relatively recently sold 72 Typhoon fighter jets to the Saudi Arabian dictatorship. On the eve of the day the deal was signed, Prince Charles was in the Saudi capital Riyadh, dressed in traditional robes and joining the Saudi princes in a sword dance.

Andrew Smith from the Campaign Against the Arms Trade said:

“It is clear that Prince Charles has been used by the UK government and BAE Systems as an arms dealer. This was Charles’ 10th visit to the Saudi regime and was made at the request of the Foreign Office.

“The royal family was involved in trying to persuade South Africa to buy BAE’s Hawk jets, despite the air force not wanting the planes that cost two and a half times the price of their preferred aircraft.

As an ANC MP at the time, I was told that £116m in bribes had been paid to key decision-makers and the ANC itself.

The royal family’s attitude is part of the reason that BAE will never face justice in the UK for its corrupt practices.”

It’s the hereditary concentration of power and accumulation of wealth through weapons profiteering, corruption and death that is, in part, the context that explains why the self-proclaimed democrat Jeremy Corbyn refuses to sing the national anthem. The monarchy and democracy are simply irreconcilable concepts.

It was on this principle that the English people fought a civil war, made a revolution and cut off their king’s head in the 17th century. I’m not suggesting anything of the sort be carried out today, but the inward expression of Corbyn’s republican principles against a backdrop of corporate excess and illegal royal profiteering, highlight the contradiction at the heart of the British political scene in the 21st century.