Surpluses & deficits are hotly debated – but what about the currency?

Much has been made of Britain’s current account deficit, which is the amount by which our imports of goods and services exceed our exports.

It is a situation that protectionists would love to “do something about”, such as resorting to tariffs in order to redress the gap. But protectionists overlook the fact that one of the main reasons for exporting is to be able to import, and it is clearly mistaken to think of exports as “good” and imports as “ bad”, especially as we cannot control the conduct of our trading partners.

While every trading nation has to honour its debts to those with whom it transacts business, it is obvious that at any single point in time there will be an imbalance between imports and exports. Since it is impossible for every trading nation to have a permanent current account surplus, to wish for it is simply wishing to inflict the demon deficit on someone else, which takes us no further.

A current account deficit is simply a label for accumulated foreign debt, which in time must be repaid. If the deficit country is creditworthy the foreign holders of that debt will not be concerned, particularly when the deficit country is using its borrowings to finance the acquisition of capital assets that will work towards reducing the deficit. 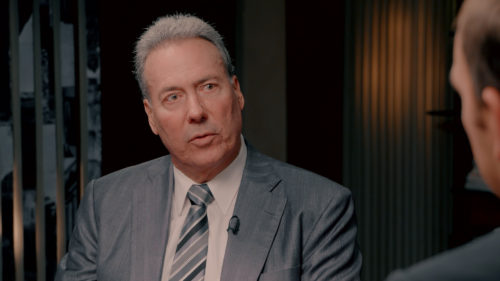 You Can’t Get Enough of What You Don’t Need

Therefore, despite all the panic stirred up about the deficit, trading with foreigners is in essence no different from trading with locals, and is always just as beneficial from an aggregate economic point of view.

Paying for our imports

When a British importer buys German goods he must pay for them in euros. For that purpose he (or his agent) will acquire euros from a German bank, and after settling the bill the German exporter (or his bank) is now a holder of British pounds. What will he do them? He can use them to buy British goods, or even UK treasury bonds, or he can exchange them for a different currency – but if, instead, he just sits on them indefinitely he will, just like the retailer who never cashes your cheque, be handing the importer a free gift!

The only legitimate concern for those whose trading partners use a different currency relates to the relative strength of the currencies concerned. No exporter will accept payment for goods in a currency that they don’t not trust due to its volatility and instability in terms of purchasing power, and consequently will not be trusted by other trading partners either. At a time when the US dollar was respected for having all the virtues of a “reserve” currency, traders in smaller exporting countries all over the world would insist that payment for their produce, raw materials and manufactures should be denominated in dollars.

Protecting our currencies is therefore the real issue underlying much of the debate about post-Brexit trading relations. The most important favour that trading entities can seek from their governments is to desist from destroying the value of their currency. This is now a universal problem – with central banks hell-bent on destroying the yen, the euro, the dollar and the pound. A veritable race to the bottom!

Having a weak currency may be good for certain exporters at a point in time, but that advantage is counterbalanced by a disadvantage to the non-exporting sector. Furthermore, the deliberate action by a central bank to favour exporters by weakening the currency causes prices to rise over time, which eats into the exporters’ margins – until the next round of currency debasement. And so on. In this foolhardy see-saw there can be no winners.