The Grenfell Fire was a towering inferno of metaphor: hundreds of people left to burn by a government who decided these people were disposable – human capital is too expensive to safeguard against fire and other preventable disasters.

We could have prevented this.

But the risk / reward profile wasn’t compelling enough. This is what happens when governments and councils are run by accountants.

The fire is a direct result of 40-odd years of neoliberal philosophy and cost-savings measures that treat ‘hard working families’ as nothing more than human consumption units. Ones and zeros on a balance sheet which concluded it was cheaper to let the weak perish then intervene in a totally avoidable disaster. And despite more than two decades of hostility from a government that treats the Muslim community as second-class suspects, it was London’s Islamic community that were first on the scene. They selflessly leaf their Ramadan meals and prayers to run into the fiery tower in a bid to save as many residents as they could. It is this kind of practical leadership that the accountants and politicians fail so miserably at.

The resilience of London and the British community must be commended as one of the most compassionate acts of defiance against a criminally negligent government. This is a government that prefers to lead an alienated society who choose to spend millions on consultants and cost-benefit analyses over listening to the genuine concerns that the community had already identified. The people who live in these flats know exactly where money should go but the experts know better.

The government and the City of London had four years to act on complaints and reports from residents that the tower was a fire trap. But it sat on its hands, concerned that any intervention on their part might interrupt and discourage the continued state sponsored inflation of the property and construction bubbles in the capital.

Entirely prophetically, the Grenfell Action Group blogged on November 20 2016 that “only a catastrophic event will expose the ineptitude and incompetence of our landlord, the Kensington and Chelsea Tenant Management Organisation (KCTMO), and bring an end to the dangerous living conditions and neglect of health and safety legislation that they inflict upon their tenants and leaseholders.” The Director of Housing wrote to the group requesting they take down their blogs documenting the declining conditions residents were forced to live in.

The irony is that when KCTMO finally dug into its pocket, it was to install the superficial cladding around the tower to improve the view for its wealthy neighbours. Affectation over function – exactly the modus operandi for neoliberal governments and councils – globally.

Leaving aside the abject hypocrisy of a Conservative Prime Minister who mourns “the tragic loss of life” at a disaster like Grenfell, and who praises the emergency services she herself is cutting, the government of this country must accept responsibility for the fire.

The Rise of the Rent Seeker

Specifically, it seems that the Conservative government ignored reports that blocks like Grenfell Tower were vulnerable to fire after a Coroner’s report following a similar blaze four years ago. More broadly, in January 2016 an amendment was brought before the House of Commons to alter the Housing and Planning Bill to force landlords to ensure their properties were “fit for human habitation”. The amendment was voted down by a majority of 93. It turns out 71 of the Conservative MPs who voted against the amendment are themselves residential landlords. And Former Housing Minister Brandon Lewis warned against increasing fire safety rules to include sprinklers because it could discourage housing construction.

Once privatised, the impetus behind the upkeep and habitability of KCTMO’s buildings became purely about profit generation. In government hands, maintenance is the duty of a wealthy, developed, structurally sound state. In private hands profit margin become the primary concern ahead of quaint ideas about human safety. Such privatisation of essential public utilities is, of course, symptomatic of neoliberal economics: worship of wealth to the detriment of community and cohesion.

Grenfell Tower is a beaming example of how to seek rent from London’s poor. Since the poor and middle-income tenants of the tower do not have vast pockets of wealth from which to draw, the KCTMO had to increase profit margins by cutting outgoing costs so that modest rents went further. One way of doing this was contracting out vital services to the lowest bidders. The privatised profit motive led to the shoddy cladding which led to a fire rising faster and farther than it should have done. Any attempt to deflect from this basic truth must be resisted.

The Grenfell Tower disaster serves as an example of the gentrification of London. In the contorted minds of neoliberal politicians and private profiteers resources are better spent on attracting, selling and renting to a glittering global elite. An elite who, literally, are not there but use the government’s own rules to hold property as a global reserve currency that collects dust whilst London’s poor and its value creators suffer what they must. The housing crisis gripping the UK leads to a market in which landlords hold the power, and renters have none, meaning that inhabitants are at the behest of landlords’ demands and their neglect. In January 2017, the value of housing stock in London and the South East reached £3 trillion, localised “in the richest London boroughs, Westminster and Kensington & Chelsea, where housing stock adds up to £232bn, more than all of the homes in Wales”. 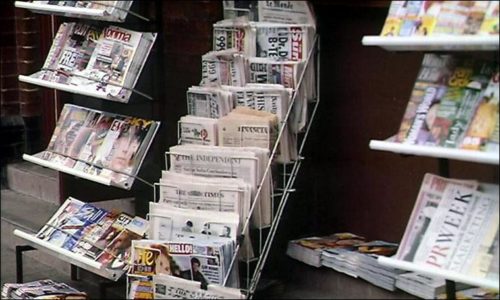 Ordinary Londoners who see their wages stagnant while inflation rises do not hold this glut of wealth. The inequality that blights the city is exacerbated by absentee foreign investors. These investors and government policies that facilitate their endeavours lead to, in effect, class cleansing. Transparency International, the UK anti-corruption organisation (TI-UK), found that South Gardens, an estate in Elephant and Castle, which was demolished as part of an ‘urban regeneration scheme’ in 2014 flogged properties for “[p]rices start[ing] at £569,000 for a studio flat in the new development and go[ing] higher than £1 million, meaning many of the homes are out of reach to those on the average Southwark wage of £34,139”. TI-UK found that 80% of the over 2,000 properties like South Gardens investigated were sold to foreign investors.

The money to be had from wealthy investors is vast in comparison to that of ‘ordinary Londoners’. This means that private companies like the KCTMO render their properties effectively uninhabitable by the standards of any safe, ‘first world’ country as they cut costs to the point of inflammation.

One result of an economy built on neoliberalism and politics infected by its deathly philosophy we have a UK government that willingly and deliberately ignores the needs of its dependent citizens. Their understandable economic dependency isn’t addressed in favour of creating the economic conditions for the oligopolisation of property ownership.

This means that we now have a distinct class disparity like this country has ever known, where the inordinately wealthy own buildings they never inhabit, and the ‘Just About Managing’ live in buildings that can and do kill them.

Grenfell Tower is a microcosm and a macro warning. We must not allow a whitewash of this preventable tragedy. If Theresa May, her advisors, the council leaders and the errant company directors are not held accountable with some serious jail time, there will be civil unrest that will make the 2011 England riots look tame. If Nicolas Robinson – a college student with no criminal record – was jailed for six months for stealing a £3.50 case of bottled water then the judiciary must use the same sentencing guidelines to bring guilty leaders and private profiteers to justice.