The stories we tell ourselves become our reality. The stories we’re told by others have the power to shape the world around us. For many years the British tabloid press have had a monopoly on how the working class perceive themselves and their communities. But tabloid power is waning, creating an opportunity to tell a different story: one that is more human and intricate, not designed to divide, fool and rule.

Joining us to work out if we are wiser to media manipulation or complicit in it are Aaron Reeves, an associate professorial research fellow at the International Inequalities Institute at the London School of Economics and Dr James Alan Anslow a writer and researcher in depth psychology, who is also a former tabloid journalist.

When people look at the tabloid press, not many put together the fact that it’s sold to the working class. But there are very few working class journalists actually making the stuff that gets published.

Dr Anslow told Renegade Inc. that journalism, by and large, is produced by people who come through a middle class pathway, “because that is the way this country works”.

“You get your A levels, you go to university, then you move on to get a good post-graduate degree,” said Dr Anslow. “That whole filtering process is what filters predominantly privately educated, middle class wannabes. I don’t mean that in any disrespectful way, because I have taught many of them and many of them are my friends. But a working class voice was very rare.”

He says middle class journalists cannot reflect the values and life of the working class, because they have never experienced it.

“The point is that they are unfamiliar,” he says. “And again, I must emphasise this is not a criticism on those individual journalists. It is however, a criticism of the system.

“These journalists, these people who are projecting the stories of the working class are doing it from an unfamiliar point of view. Not just nonfiction journalists, but those who write fiction.

“Those who famously wrote Eastenders, it took them several years to realise that no one in the Old Vic was talking about West Ham. Football wasn’t their milieu.

If you don’t have that, or know about it, you can’t write about it, either as a journalist or as a fiction writer.”

Dr Anslow says there is a fundamental disconnect in tabloid journalism in this country.

“Many of the people I know who work on The Sun and on other tabloid newspapers come from a middle-class background,” he says. “I can’t statistically verify that but I bet you if I did it would be the vast majority, cause you can’t get into journalism.”

Professor Aaron Reeves told Renegade Inc. that journalism is one of the few occupations where upward social mobility into journalism has reversed since the 1960s and 1970s.

“It absolutely does back up what Dr Anslow is saying, that it’s become harder for people from working class, disadvantaged backgrounds to get into journalism than it was decades ago,” he says.

“My guess would be partly the reasons you mention, the mechanisms through which people were selected into journalism.

“And the informal internship culture, it is very difficult for people who do not have independent financial support to navigate that profession. Add to the fact that the industry is struggling as a whole anyway. I think that makes a kind of perfect storm that creates environments very, very difficult for people that don’t have financial resources to make it in that industry.”

Dr Anslow says the problem stems from middle class kids coming in and writing about a class of people they know little or almost nothing about is one of unfamiliarity.

“The whole Grenfell disaster and the reportage of that,” he says. “Again, without any disrespect to the journalists who reported on it, but it became very apparent – during and after – that there was a disconnect.

“Because this was ‘other’, dipping briefly into the psychological, if you are communicating ‘other’, something that is beyond your experience, utterly, it can become mythologised.

“It can become not quite a good news narrative and the reasons for that are profound. It is far better if reporters, wherever they are, whether it’s tabloid or the Times or broadcast, any of those things, it is much better for those people with some familiarity with what is going on.”

The researcher pointed to the exchange between veteran journalist, Jon Snow and one of the victims of Grenfell who was asked a very pertinent question: ‘Why weren’t you here the day before yesterday?’ Dr Anslow says a working class journalist, who has actually lived in one of those towers has a far greater familiarity with the situation than the journalists being sent to cover working-class problems, potentially for the first time.

“It is the pure familiarity of understanding that these situations exist,” he says. “Of being exposed to them before you’re actually going out there to do a story on it. The point you make with Jon Snow and that very specific interview was brilliant. I say ‘brilliant’, I mean it was very revealing.

Dr Anslow says it’s not simply a matter of ‘if it bleeds, it leads,’ because drama sells more copy than nuance.

“That’s not a class issue,” he says. “Again, with respect. It’s trying to report something of which you have no knowledge at all. Any good foreign reporter knows that you need to go and get engaged with a community, wherever it may be, in other parts of the world.”

Journos bring their biases to work

Professor Reeves says that when a journalist is searching for a story, the story they see will depend on what they bring to that situation and experience. They inevitably bring their prejudices and dislikes with them. 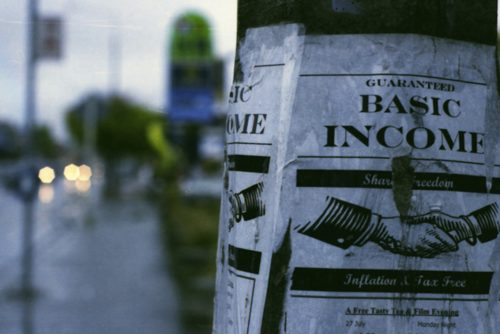 “We can’t really get around human nature,” he says.  “I think what’s crucial about this is  – and I’m sure that the journalists who do come from more middle class backgrounds would probably want to resist the idea that they are incapable of understanding that experience – and there’s probably some truth to that.  But it is hard because you bring with you a set of experiences, a set of ideas, a set of expectations. And what you’re soliciting from the world that’s enabling you to see things that show up to you as being apparent, clear, evidence, but which from another point of view would tell a very different story.

“And so what we see in the reporting is the repetition of a particular narrative that’s become quite common in the UK. And that is where this disconnect between the people to whom you’re speaking and the groups from which you are speaking perhaps is slightly a challenge.”

Dr Anslow says the press has an “outside looking in” mentality.

“Particularly in Brexit, we saw a great deal of this,  and it isn’t just about journalism,” he says. “It reflects a fundamental schism and disconnect within our society.

“Journalism is a manifestation of that disconnect between two groups of people, neither of which knew what the other were doing.

“That’s true of Brexit, in my view, and the view of many others. Also, slip across the Atlantic and it’s as true there as it is here. It’s true of the whole Trump phenomenon. And so there were these liberal elites, these educated people from everywhere, not connected with any particular place, who were unaware of the concerns and the way of thinking, and the world view, and the issues of half the country, frankly. And of course journalists, because of the way our education works, are very firmly on the outside looking in. Whether they’re on the BBC, whether they’re in tabloid newspapers.”

So how do we solve that?

“Education, education, education,” Says Dr Anslow. “That is how you solve it, first and foremost. There are already some steps to make sure that, for example, the internship culture is being… to say it’s being dismantled is overstating, but it doesn’t mean that just because your dad is a journalist at the Telegraph, he’s not to get you in.”

Professor Reeves has spent a fair bit of time examining nepotism and the role of certain educational institutions smoothing the path into certain career opportunities such as journalism and other elite professions like law, medicine and academia.

“I think it’s true that there are a number of points where these barriers exist,” he says. “Some are around internships, some are around the universities that you get into. Some are the skills that you can manifest on the job, your ability to communicate and work with others. Certain schools are much better, it seems, at inculcating than others.

“I think it’s true to say that one of the things we see within journalism as a field is that the number of people that are going into that profession from working class backgrounds has diminished over time, but actually it’s become much harder for people from less advantage positions in society from the ‘60s to the present to make it into that profession.”

Paul Sng is a filmmaker whose work looks at people who challenge the status quo and who have been marginalised, ignored or disenfranchised by mainstream media.

The problems these programs claim to highlight are problems that are due not to a lack of moral character but to inequality, a failure to redistribute wealth, coupled with years and years of deindustrialisation.

More recently austerity policies have left many communities and individuals with no choice but to claim benefits.

“There’s a cruelty there,” says Sng. “The lens that they use is very much the lens of somebody that is almost a zoo animal or museum piece: it’s not particularly sympathetic television.

Sng is against censorship, but he says the caricaturing of people that are unemployed, on benefits or low incomes needs to stop.

“What I think would be of more benefit and of more value would be to hear working class voices directly,” he says. “I think what we need is a platform that exists on a national level to go out and find those voices and enable them and empower them, rather than filming them. Helping them to tell their own stories, in their own voices and create the next generation of filmmakers. Because we don’t really see enough working class voices directly on television. There are some, but in the main it’s mainly a middle class reflection that we’re seeing.”

Tune into the rest of the episode to learn more about how to reform journalism into a more inclusive profession.