The Sinister Rise of Eugenics

During the last few days the corporate ‘mainstream’ media has reported on a wave of ‘controversial’ pronouncements. by a government adviser (now resigned).

Andrew Sabisky claimed that black people have lower average IQs than white people and that compulsory contraception could prevent “creating a permanent underclass“.

He also said that “the very real racial differences in intelligence are significantly – even mostly – genetic in origin, though the degree is of course a very serious subject of scholarly debate.”

Meanwhile, last week, The Spectator re-published a four year old article penned by columnist Fraser Nelson in which he promotes the ‘merits’ of genetically inherited characteristics.

But possibly most sinister and disturbing of all recent pronouncements was contained in a tweet by Richard Dawkins. It’s hard to know what the point was for Dawkin’s remark on eugenics other than to intentionally legitimize both it’s fascist ideological credentials and the discredited science that underpins it. It seems that eugenics which, over recent decades, had been limited to ‘debates’ on far right fringe forums, has once again become normalized in liberal intellectual and media commentariat circles.

This is not a coincidence. The re-emergence of eugenics in the public sphere has taken place at a time when, against the backdrop of Brexit, the far right – rooted in white supremacism, British exceptionalism and nativism – has been on the rise.

These trends are morbid symptoms of a failed four decades-long political and economic experiment in flux called neoliberalism. 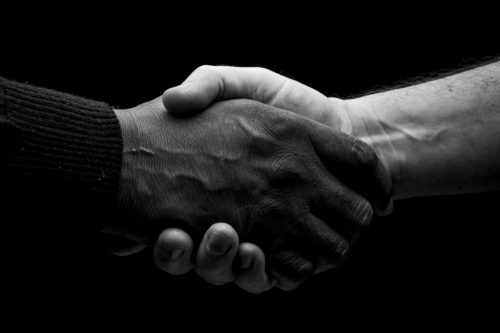 While over recent decades the Left has failed to make the required political gains necessary to shift the balance of economic power in its favour, a false consciousness-imbued populace has retreated into identity politics and right wing populist campaigns often underpinned by an adherence to pseudo science. This can be seen in relation, for example, to climate change denial. But it is the theoretical basis of eugenics – sociobiology – that the ruling class repeatedly return to during periods of crisis and is their ideological justification for maintaining the status quo.

This is reflected in the comments of Sabisky, Nelson and Dawkins above, who in common with other eugenicist ideologues, have a tendency to explain important features of society in genetic terms. Inequality and injustice cannot be eliminated, the argument goes, because the existing social order is a consequence of unchanging biology. Thus, poor mental health outcomes, for example, that are the consequence of the destructive impacts of neoliberal socioeconomic policy are located at the level of the individual not at the level of social institutions.

Therefore, the problems – sociobiologist idealogues argue – are said to lie, not in the structure of society, but in some of the individuals who make up society. The ‘solution’ is to change – or even eliminate – individuals, not to change existing social structures. This rationale explains the right wings ideological attachment towards the states conscious human cruelty embodied, for example, in the politics of austerity.

The claim that biology holds the key to solving social problems while limiting the possibility for social reform and radical change, go back to 1865 when Charles Darwin’s cousin, Francis Galton, claimed that talent is biologically determined and proposed improving society “through better breeding”. He subsequently introduced the term ‘eugenics’ (‘good birth’) to describe his proposal.

Four years later, after tracing the genealogies of well known English families, Galton argued that the reason such families tended to acquire prestigious social positions was due, not to inherited access to social power, but inherited intelligence.

One of the theories early advocates, biologist Charles Davenport, argued that characteristics such as ‘pauperism’, criminality and ‘feeble-mindedness’, were biologically inherited. Davenport helped encourage nearly thirty US states to enact laws permitting the forced sterilization of thousands of ‘feeble-minded’ people in prisons and mental hospitals. The idea that the problems in society stem from defective individuals culminated in the Nazi Holocaust – a horror that by the end of WW2 would result in the discrediting of eugenics by mainstream science.

However, this was short-lived.

Two decades later, as part of the ruling class response to the movements for social change in the US and elsewhere, eugenics made a comeback. This fascist ‘science’ has continued to be used periodically in successive decades to justify right-wing policies on a whole range of social issues from crime to education and has been a staple of ruling class ideology for most part of the past two centuries. The current ‘debate’ about eugenics is one we don’t need, and shouldn’t be having. The fact it has left the reactionary fringe and crept back into the mainstream, is a morbid symptom of societies far-right drift.