Where did the land go?

One of the great mysteries of modern economics is how little attention is paid to the role of land in economic activity. In particular, taxing land ownership as opposed to taxing the economic activity that takes place on it. Flick open an economics textbook, and you’ll find the idea of taxing land ownership based on its unimproved values – basically, the ‘raw’ land itself – seems unthinkable. Which is strange because the forefathers of modern economic theory, dating back to Adam Smith himself, had a very different attitude to land taxation.

What’s the problem with untaxed land?

Back in the 18th and 19th centuries, economists took a dim view of landowners. Influential theorists like Adam Smith, David Ricardo and John Stuart Mill saw them as a drag on economic activity, primarily because they reduced the value of other people’s economic activity (through rent) without any incentive to make an economic contribution themselves.

In the late 1800s, American social theorist and economist Henry George started a movement arguing for a single land value tax (LVT) – on the unimproved value of land – to replace other forms of taxation. It was rooted in the idea that if economic activity (labour, trade etc.) is the source of tax revenues, tax inevitably becomes a drag on the very thing that creates it. And while productive members of society earn money to pay their taxes, landowners are unproductive earners who pay their taxes through land rent, which is paid by people who generate economic activity. Rent and taxes are a ‘double whammy’ on productive people.

That means rent – like taxes – is a drag on the economy. But unlike taxes, which can be used to stimulate economic activity through public spending, rent disappears into landlords’ pockets. So apart from the relatively small economic impact from landlords’ spending, their rent takes value out of the economy and delivers little value back to it. Understandably, the Georgists (Henry George’s LVT supporters) are still going strong today.

Is it time to look at LVT again?

If anything, many of the arguments for taxing unimproved land values have strengthened over time. Consider the following (simplified) benefits:

Mainstream economists and economic theories tend to avoid LVT because working out unimproved land value is complex, and in practice leads to tax reliefs that diminish its efficacy (e.g. for poorer people who live in areas where land values suddenly boom when public infrastructure like a railway improves land prices). Similarly, reducing income and trade-based taxes and implementing LVT has to be relatively a long-term process that doesn’t sit easily with modern democracies where governments change on a relatively short-term basis. And if you look at LVT experiments around the world, they haven’t proven very effective, but then again, they’ve never been true LVT projects. However, in many respects, the economic arguments are beside the point.

The last time LVT was on the political agenda, in the 1909 ‘People’s Budget’ proposed by Lloyd George (and supported by Winston Churchill), it passed the House of Commons vote but was struck down by landowning interests in the House of Lords. Wealthy landowners (and banks who finance mortgages) are politically influential, and a political party proposing policies that would devalue people’s properties with tax overheads would have slim chances at the modern ballot box. LVT is politically unpopular, that’s why after 250 years of debate it remains on the fringes of the mainstream political and economic agenda.

Wealthy landowners (and banks who finance mortgages) are politically influential, and a political party proposing policies that would devalue people’s properties with tax overheads would have slim chances at the modern ballot box.

Today, a new generation of economists are revisiting LVT and asking the all-important question, is land a missing piece of the modern fiscal jigsaw puzzle? The answer is yes, except it’s never been missing so much as buried by the property-focused politics of the 20th Century, and the political influence of vested interests in maintaining the LVT-free status quo. 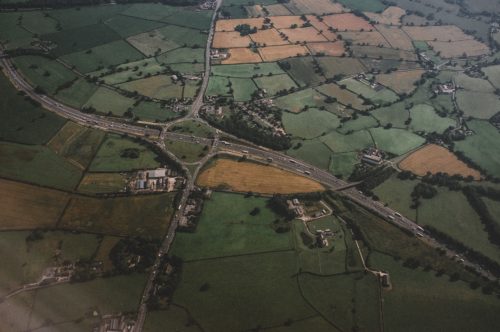