We are all Julian Assange

The repeated attempts by Wikileaks to bring power to account over the last decade, which involves the release of incriminating evidence-based sourced material, has been exemplary.

All things being equal, the nature and scale of the criminality the organisation has uncovered is worthy of widespread unconditional praise.

But instead of receiving accolades for his work, Wikileaks founder, Julian Assange, is facing the potential of extradition to the US – the worlds leading warmongering state whose crimes he has been instrumental in exposing. That’s the rub.

Assange’s perceived wrongdoing is not a consequence of the widely accepted veracity of Wikileaks revelations, but rather for his role as ‘messenger’ of ‘uncomfortable’ information likely to embarrass the powerful.

Ignoring the message whilst attacking the messenger explains the context in which critics of Assange often trivialize Wikileaks credibly sourced material. The Guardian’s recent smears in which they suggested the whistleblower should spend more time on domestic chores and attend to his cat, are examples of where serious issues are trivialized or downplayed in order to divert public attention away from the actions of the powerful in order to minimize any damage to corporate journalistic integrity, the failings of which Wikileaks regularly expose.

The implications for free speech resulting from the establishment attacks on Assange are troubling and set a dangerous precedent since they help validate the persecution, prosecution and extradition of journalists for publishing the truth. This is undertaken on the false premise that what is revealed is likely to violate secrecy laws. The pending prosecutions and indictments against Assange send a message to dictatorial and repressive regimes, worldwide, that extending international jurisdictions against any publisher who releases information in the public interest which impinge on the profits of the rich is justifiable. 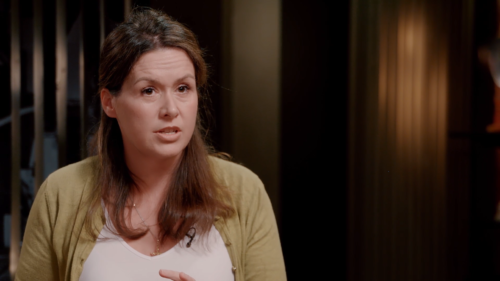 The reaction by the leadership of the US Democratic National Committee (DNC) to the release by Wikileaks of the Podesta e mails during the last election campaign, is in effect an endorsement of the right of liberal democracies to suppress information in the public interest. The basis upon which the public were denied the right to access the emails was that the source for them was said to be unreliable and that the function of Wikileaks is that of a Russian agent. This is despite the fact that there is zero substance to the said allegations. Former UK diplomat, Craig Murray, reiterated the notion that the claim it was the Russians who hacked the DNC and Podesta emails and passed them to Wikileaks has no factual basis.

The claim that Wikileaks was complicit in Putin swinging the US election in Trump’s favour is arguably the greatest conspiracy theory/fake news story peddled by the corporate media since the Iraq WMD debacle.

Nevertheless, this version of events fits into the Wests broader Russophobia narrative. Donald Trump may ordinarily be considered by many to be a pathological liar but, as the tweet below illustrates, on this issue he is correct:

The anti-Wikileaks/Russian propaganda went up another notch following a recent Guardian report which claimed that Donald Trump’s former campaign chairman, Paul Manafort, met secretly on numerous occasions with Julian Assange at the Ecuador Embassy in London – a claim Manafort denied. One of the co-authors of the report, Luke Harding, who has a long history of being involved in anti-Assange/Wikileaks/Snowden smear pieces, has also written a book centred on alleged Russian collusion – claims that have been roundly debunked.

With the Guardian’s credibility in tatters, it is reasonable to assume that other news outlets would be reluctant to touch the story. Not so.

On the 27 November, Channel 4 News broadcast the Guardian allegations that Assange met with Manafort “without”, as journalist Afshin Rattansi pointed out, “denials or comebacks of any kind.” Claiming to have no statutory responsibility to impartiality, the news channels collusion with UK intelligence agencies is well documented, as is their reliance on unsubstantiated, biased and unreliable sources. The same can be said for the Guardian and the BBC.

Looking in the mirror

The extent to which the tentacles of the state permeate the media is not clear. However, evidence has recently emerged indicating how ‘selected information’ is fed by the British state to journalists and even academics in order to influence political outcomes domestically and internationally – paradoxically, the same accusations levelled by the UK political and media establishment against Russia and Assange.

Whether or not this meddling is indicative of the UK intelligence services embedding themselves more widely within the UK media is another matter. But what is clear is that the attacks against Julian Assange and Wikileaks follow a familiar pattern that forms part of a much broader pro-neoliberal/anti-Russia narrative intended, as Jonathan Cook put it, to damage those “who threaten to disrupt the entrenchment of the existing neoliberal order.” When, during the Nixon era, Daniel Ellsberg published the Pentagon Papers on the Vietnam War, Washington tried to smear him by asserting, falsely, that he had shared information with the Soviet Union. Similarly, decades later, the US government undertook a coordinated smear campaign to malign Edward Snowden.

The establishment attacks on Julian Assange follow in this ‘smear the whistleblower’ tradition. They also emphasize how important it is that independent-minded journalists resist the temptation to be co-opted by corporate entities as ‘attack dogs’ against other journalists.

The right of publishers to release sourced material into the public domain that challenge existing uneven power relations is integral to the proper functioning of democracy.

The attacks on Julian Assange are an attack on all of our civil liberties. This is a David and Goliath battle in which everybody has a stake in the outcome.