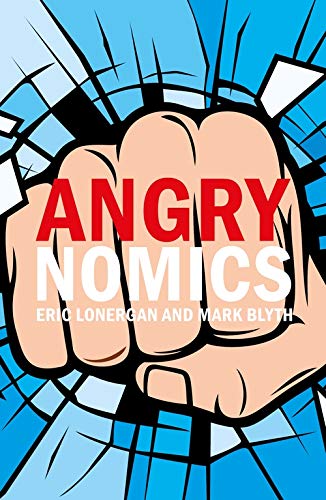 A heady mix of precarious employment, stagnant wages, diminished opportunities and a contracting economic pie has pushed many people to the limit.

This means how people experience the world and how politicians and spin doctors explain the world creates a mismatch and an anger – this is what economists Eric Lonergan and Mark Blythecall call Angrynomics.

Eric Lonergan met up with Renegade Inc. host, Ross Ashcroft to discuss the economics of anger.

What does it mean to be angry?

Hardly a day goes by without people experiencing anger of one kind or another. In fact it is an intrinsic part of who we are as human beings. But it’s universalism and familiarity means that it is difficult for us to articulate what it means to be angry. For Lonergan and Blythe, anger is an expression of a deep rooted dissatisfaction or frustration with an aspect of society and, more broadly, with the world in which we live.

Although history is strewn with compartmentalized critiques of anger dating all the way back to the Greeks, the two economists realized that there was nothing that brought the disparate literary strands together in a cohesive way. What they found intriguing was the notion of the ethical, ‘angelic’ face of public anger – an appropriate response to injustice that exists in moral Aristotelian philosophy.

This form of anger or moral outrage is represented, for example, by the Black Lives Matter movement against police brutality. But Lonergan and Blythe also understood that there is another kind of anger – tribal rage. As part of their research, the economists undertook a data search on anger-related news stories. They discovered that the second most frequent type of story involved angry sports fans  – what Lonergan describes as the alternate face of public anger tantamount to the devil.

After studying football fans whilst attending matches, the economist concluded that the fans’ outbursts of anger seemed to be a self-reinforcing tribal identity-related act and a precursor to a form of collective politically-based violence that the ruling class exploit during times of war. Lonergan points out that populist politicians like Donald Trump and Nigel Farage have been able to strategically channel this tribalism for their own political ends.

The former’s ability to mobilize a small but critical core of blue collar workers into supporting him during the last U.S election is a case in point. As Lonergan remarks, Trump was able to swing the vote on one percent of the U.S population:

“Angry people are more likely to vote if you tap into their sense of injustice. So they may be a small number, but if you can trigger them, you can get them”, says Lonergan.

Essentially, Trump succeeded by manipulating people’s fears and exaggerating perceived threats posed by ‘outsiders’. This engenders tribal forms of anger which is more likely to be exacerbated during periods in history when people feel less economically secure and where political identities and ideologies are less defined.

The contemporary post-Cold War era is one such epoch from which emerged the triumphant neoliberal market coupled with rising inequality and wealth disparities. On the other side of the coin has been the rise in the political establishment commentariat who argue over one variant of policy versus another. Neither are addressing the concerns and legitimate anger of the 99 percent.

The populists have been able to tap into this bi-partisan divide by offering the masses simple ‘solutions’ to often complex problems.

Anger-based populism is key to the success of the modern politician and global politics in general. Probably the best, most articulate, populist is Viktor Orban in Hungary. Orban clearly states that it’s not the free market and liberalism that wins elections but issues of national identity, social conservatism and motivating people around instincts that they care about.

What the political class understand is that in order to win elections they have to exploit the two types of anger outlined above. It’s a Manichean view of the world with no space for nuance. It is precisely within such a void that the Gramscian idea of the interregnum comes into play from which nationalism, and ultimately, fascism arises. The angry fan has had a big role to play in this development.

Hopeful for the future

Nevertheless, Lonergan remains hopeful for the future. The economist predicts opportunities will emerge in terms of the environment. He also says state-financed investment possibilities will emerge leading to sustainable forms of economic transformation. “If people have a vested ownership, they can see their society improving and being changed, that’s a motivating politics. Somebody who delivers that to them, they will vote for”, says Lonergan. 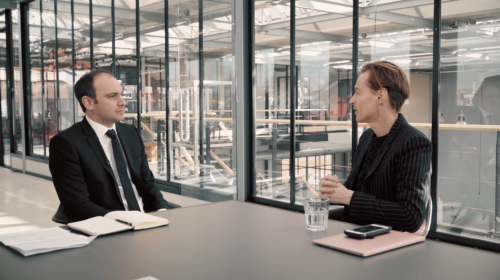 If It’s Not Working, Redesign It

The economist also points to positive changes that could emerge from the involvement of small nation states in a series of unconventional and non-partisan experiments as a means to solving problems. If successful, this template could set into motion a broader momentum that other nations could copy.

One of the key problems identified by Lonergan that needs to be addressed is wealth inequality. The economist argues that the solution is for the state to buy assets on the public’s behalf on an intra-generational basis – a system he says that could be set up within six months.

Second, the economist favours the implementation by the banks of a negative interest rate lending facility with conditionalities in place that benefit society. Third, Lonergan stresses the need to end recessions which he says are the cause of child poverty and unemployment.

Ultimately as far as the economist is concerned, we need to change the language so the problems become the opportunity. “We need to leave the tribal rage in the football stadium. Don’t take it into politics. I think, collectively, we need to be alert to this because we’re all being manipulated. Our propensity to form tribes is so hardwired that it even happens to us inadvertently”, says Lonergan.

As humans navigate a 21st century world increasingly out of balance, we seem to be yearning for the less fleeting but more profound moments.

Simon Middleton looks at the growing debate about what business is for, how it should behave, and what role it can and should play in society.

Research paints a shocking picture of the experiences of pregnant women and new mothers in the UK workplace.