Less than a year ago, Australia’s government and industry conspired to invent a gas crisis, claiming shortages. That decision has come back to bite both in the behind, writes editor-in-chief, Claire Connelly. 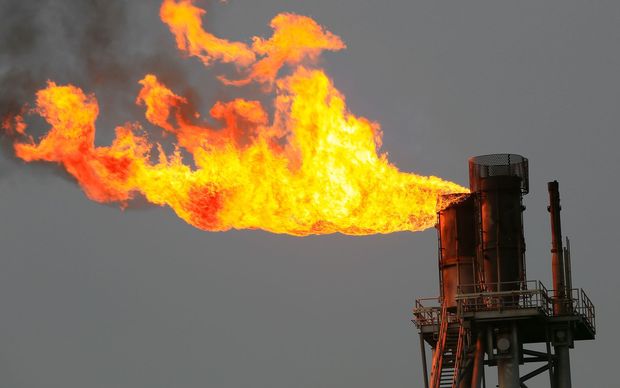 You wouldn’t know it from the way government, industry, and, let’s face it – some media outlets – characterise the so-called ‘gas crisis’, but Australia is not about to run out of one of its greatest natural resources.

“Australia has never produced more gas,” says Dr Richard Denniss, Chief Economist of the Australia Institute. “Despite record production we are not producing nearly enough to justify the enormous over investment in gas export capacity.”

In reality, the crisis is not about shortages, but of overvaluation, along with inadequate policy, a lack of coordination across state and federal governments, and inaction.

Now that the government is threatening to step in to guarantee supply, the industry seems to be changing its tune.

“After years of claiming shortages, even industry players like Santos now says there is no shortage as they fear the government might step in to help industry and consumers,” Dr Denniss told Renegade Inc.

Over the past decade the Australian gas industry spent more than $60 billion building new gas export terminals in Queensland. Those terminals were built based on the optimistic assumption that the Victorian, New South Wales and South Australian governments would approve every fracking well the gas industry wanted to build.

“After watching what fracking did to Queensland – (like say, discovering its river was flammable and bubbling with methane gas – those states have started to say no to extracting gas from under farmland, so the only ‘shortage’ is relative to the amount the industry bet they could extract,” Dr Denniss said.

“For the gas industry, its crisis is that world prices are much lower than was assumed before $60 billion was invested in new export facilities. The customer crisis is that the domestic price of gas in Australia has risen 300% since Australian gas prices were linked to the global market. And the government isn’t even making any real tax revenue from all the exports. It’s amazing, but everyone is losing.”

Dr Liam Wagner, Senior Economics Lecturer at Griffith University claims the intervention is a ‘banal platitude’ that will only have a marginal effect on gas prices.

“There is no crisis,” he said.

“Australia is the second largest exporter of LNG in the world (behind Qatar),” he told Renegade Inc.

“We’ve got so much gas it’s not funny. The only shortage is of cheap gas that is easy to get.”

Dr Dennis described the principle of reserving some gas for local industry as “pretty meaningless”.

“The important question is ‘at what price can Australians access gas’,” he said. “The government doesn’t seem to have an answer to that question yet.”

Turnbull’s recent announcement in effect only guarantees security of supply.

The government has a range of powers to maintain the stability and security of the economy. Energy security is one of those vested powers. However, any additional gas reserved for domestic use, particularly during peak periods like summer is sold on an ad-hoc basis at the prevailing spot price.

LF Economics co-founder and Bubble Economics co-author, Philip Soos told Renegade Inc that governments, especially those at the state level, have the capacity to control prices – not precisely, but to certainly reduce them.

“The costs of generation have remained fairly stable leading up to the energy crisis, which is a problem caused by gas, not coal or renewables,” he said.

“Our electricity bills have doubled in the last decade due to gold plating of networks, which were mostly government owned when it occurred, then privatised, so privatisation wouldn’t get the blame. State governments could change the regulations to lower prices, but they won’t, because it is such a cash cow for them and their campaign contributors”.

“While the government can’t centrally plan prices, it could contain them within reasonable bounds via regulation, which it has intentionally failed to do.”

Dr Wagner says that if prices exceed the already extremely high market caps on the short term market, set out in the market rules, “we will be in more trouble than Flash Gordon.”

The economics lecturer said prices will be pretty much unchanged by a small amount of extra supply reservation used for domestic consumption.

Domestic use is less than a third of the total gas production in Australia. More than two thirds is for export.

“The Market Price Caps’ range from $20/GJ right up to $400/GJ, depending on whether it is during market shortages or an administered cap by the regulator,” says Dr Wagner. ‘Even if it is set at $20/GJ that is more than double what it is now.”

Dr Wagner says last week’s announcement “is just a banal platitude designed to give the appearance of doing something that will only have a marginal effect on gas prices”.

“What we don’t have is adequate energy policy,” he said.  “That’s the crisis we face: a lack of co-ordination and wasted time.”

After decades of telling Australians that ‘free trade’ was good for the economy it is now pretty hard for the government to explain why, having approved all of this new gas export infrastructure, it should prevent the private sector from actually using it.

“Voters want gas to be cheap, the industry wants gas to be expensive and the government is trying to make everyone happy,” Dr Denniss says.

Gas used to be cheap

Prior to the commencement of LNG exports in 2015 Australia had large volumes of gas flowing around the country at extremely low prices.

“This was due the the ramp gas scenario, where huge amounts gas were brought online to prove reserves”.

The gas was made available for sale to electricity generators and large gas users.

Once exports on the east coast began, supply for previously cheap and available gas was tightened and the price increased.

Industry has little to gain except to minimise losses

Dr Denniss says the industry has nothing to gain from the export controls except to minimise losses.

What this intervention means for household and industry isn’t yet clear because no one, including the PM has been very clear about how it would really work.

“The ‘principle’ of reserving some gas for local industry is pretty meaningless in itself”, the economist says. “The important question is: ‘at what price can Australians access gas’. The government doesn’t seem to have an answer to that question yet.”