Further reading: Man’s Search For Meaning: The classic tribute to hope from the Holocaust 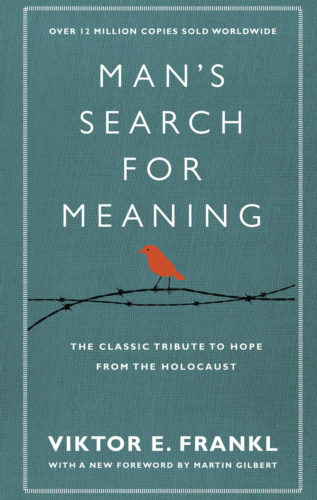 One of the most divisive terms in the English language today is the phrase ‘conspiracy theory’. Its stigma has a chilling effect on people and the label subtly has the power to shut down enquiring minds and with them any inconvenient conversations.

But where did the term come from and how does this catch-all phrase affect independent thinkers, international debate and the media today?

In 2004, Professor of Media Studies at New York University, Mark Crispin Miller was labelled as a conspiracy theorist for claiming that the right stole the election from John Kerry, to elevate George W Bush to power. Today, the author of ‘Loser Take All’ and ‘Fooled Again’ says the term ‘fake news’ is being used as a US propaganda exercise to expedite war with Russia.

Mark Crispin Miller, Professor of Media Studies at New York University told Renegade Inc. that he was either totally ignored or branded a conspiracy theorist after publishing Fooled Again, his book about how the right stole the 2004 elections.

“Much to my dismay it was either ignored or viciously attacked mainly on the left as a conspiracy theory,” he said.

“I was kind of gobsmacked by this because it was actually a very careful thoroughly documented work done on important subject and here it was being classed as like The X-Files. So I decided to look into the history of the phrase conspiracy theory because it seemed to me that it couldn’t always have been used by journalists in this in this way.”

Undeterred, Professor Miller began researching the historical context of the term and how and where it originated.

Having trawled the archives of The New York Times, Time Magazine and The Washington Post, the Professor found that the phrase ‘conspiracy theory’ wasn’t used much until 1967.

“The CIA had sent a memo to all station chiefs in the early part of that year,” he said. “The occasion for this memo was the fact that a number of books had come out recently, most notably Rushed to Judgment by Mark Lane, demonstrating very convincingly that the Warren Commission report to the effect that Lee Harvey Oswald was the lone gunman. That report was absurd. That whole narrative was full of holes. We needed a new commission in response to that crisis of confidence in this body that had put out this report.”

The Professor said the CIA basically kickstarted a propaganda drive to tar these authors as conspiracy theorists.

“The memo even went in to ‘talking points’, specific arguments that these hacks should use on behalf of the agency basically so that people would not bother to take the critics seriously,” he said.

The press began playing the man, not the ball, in an ad hominem attack on behalf of the CIA.

“These are arguments are still used to this day to marginalize people who raise questions about the JFK, and RFK and Martin Luther King assassinations, 9/11 certainly, Iran Contra and the downing of UAE flight 800.

“The fact is that the propaganda drive that began in 1967 has continued to roll on and has been brilliantly effective. It is a way to control public discussion. It is a way to freeze intellectual, congressional and journalistic inquiry.”

The Professor says this propaganda drive has had a powerful sobering effect on the American public and has changed the way people regard elite power because historically Americans have always been ready to suspect the worst.

“I mean that’s what the Declaration of Independence is,” he says. “It’s kind of a classic of conspiracy theory, about what George the Third was doing to us, and so on.”

Professor Miller said it felt terrible and lonely being called a conspiracy theorist but he has grown used to it.

“I’m used to it, now. One expects and comes to see it really as a badge of honour and also by now there are so many people who have come to the same understanding of the ludicrousness of these official narratives. It’s not as lonely as it used to be.”

The Professor was attacked by both the liberal left and ignored by the right which perceived his book about stealing elections as being too hot to touch.

“In 2005 , I was attacked by (left-leaning publications) The Nation and Mother Jones,” he said. “I was staggered. I guess you could say I was abashed. I wasn’t happy about it and I didn’t understand it. But I now realise the left press has long since been systematically compromised. If you go back and study books like Philip Agee’s Inside The Company, his classic account of his decade working for the CIA in South America, which even CIA people have grudgingly hailed as a completely accurate portrayal.

“You look at these works and you discover that the deliberate cultivation of the left and liberal press has been a kind of a basic strategy of the CIA for a very long time and it makes perfect sense that they would do that”.

Professor Miller said the CIA has people on its payroll.

“I’m not going to name any names but there’s a significant number of left liberal journalists and pundits, many of them extremely famous – you could call them ‘lefty superstars’ – who tow the line on all these important issues,” he said. “The corporate press also tows the line.

“Most significant is the fact that on precisely those subjects that have been labelled conspiracy theories, the left has, to put it mildly, dropped the ball over the years, and this starts way back in the 60s when the left pretty much ignored the considerable evidence that it was a conspiracy that killed Kennedy in Dallas and it has never really stopped. It pooh-poohed any suggestion that 911 didn’t occur as advertised.

“The left dismisses any suggestion that any of our elections have been stolen unless it’s Russia that did the stealing.

“Then the left is very quick to jump on board.”

“The fake news is coming thick and fast and it is not coming from marginal or right outlets,” he said. “I mean there is a lot of stuff, sure, but that is not where the danger lies. That’s not going to threaten our well-being or the survival of the species, or the planet. The danger lies in the fake news that is accepted as truth.

“There has been no such attempt to hack any election and it looks like the claim that Russia hacked the DNC is more fake news because the evidence is pretty clear that those emails were leaked not hacked.

“Right now all sides, with some exceptions, are willing to accept that Russia did it. But there is no evidence. There is not a single shred of evidence that Russia hacked the election.

‘Kremlin-stooge’ is the go-to response to inquiring questions as to how Russia actually ‘hacked’ the election.

“The purpose of the propaganda is to make a war with Russia that much likelier,” Professor Miller said.

Watch the full interview above to understand how propaganda is being used to quell dissent and inquiry into the ulterior motives behind these official narratives.