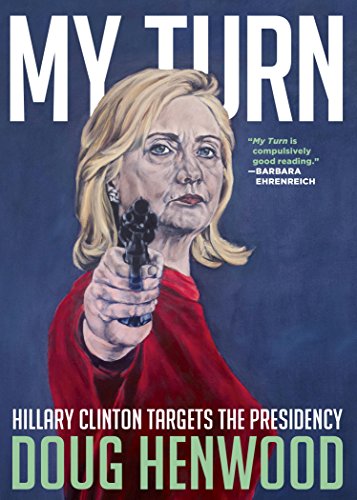 It was the economist John Maynard Keynes who famously said, “Practical men who believe themselves to be quite exempt from any intellectual influence are usually the slaves of some defunct economist”.

When Keynes wrote his insightful summation of the role of theory in economic crises in 1936, he might of had neoliberalism in mind.

Renegade Inc. host Ross Ashcroft met up with American journalist, economic analyst and author, Doug Henwood to discuss the implications of neoliberalism for humanity whose influence has helped unleash the kind of chaotic society we now live in.

The influence of Hayek & Mont Pelerin

Doug Henwood cites the Viennese born economist, Hayek, as one of the key architects of the neoliberal model. In April 1947 in the Swiss village, Mont Pelerin, Hayek along with a small band of like-minded economists formed the Mont Pelerin Society  Their aim was to rewrite the global economic story. Their method was ingenious. They described each economic actor with a set of such powerful traits that the rest of the script almost wrote itself.

In the 1980s, when their laissez faire story was finally put on the international stage, the plot was loaded from the very start. “One of the crucial things they wanted to do”, says Henwood, “is insulate what they called the economy, like some abstraction from social relations, from any kind of political interference. But what they understood was it took a strong state to do that.” Markets are not natural as neoliberal idealogues claim. On the contrary, “they require an ensemble of strong political and state institutions in order to create, preserve and defend them against what they see as the creep towards Western liberal social democracy and the development of the welfare state in the post-World War 2 years.” 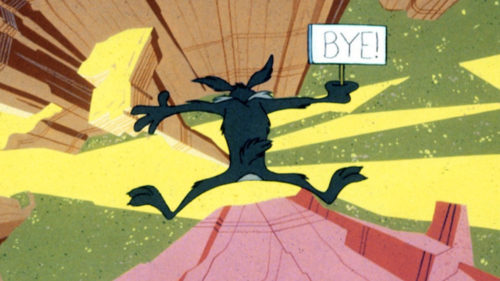 For the last 40 years, the public have had it drummed into them that the ‘triumphant’ market is efficient so must be given free rein and that the state is incompetent. And yet it’s precisely this kind of neoliberal triumphalism that has been the driving force behind the unfolding social and ecological crisis of capitalism. It is a structurally broken and deeply individualistic system that the public feel totally disconnected from because it’s antithetical to their needs. The political and media class, on the other hand, are embedded to it because it puts the economy in service to finance capital which they benefit from.

“People have been led by the nose for the last 40 years into lives of increasing insecurity and instability. And now, with the threat of climate catastrophe overhanging everything, people are scared and confused and don’t trust the things they’re told because they’re being told lies.”

But, within mainstream US politics, “there’s been an influx of new blood with some radical ideas about how to change things. The establishment (centre), however, is panicking at this and desperately trying to mobilise their defences. But they have no persuasive defences. So it’s Putin or it’s you know, God knows what. It’s always something else. It’s never a home-grown problem. It’s something we did to ourselves, but we can’t admit it.”

In reality the unequal and broken system has been exacerbated due to the fact that the political and economic spheres are mutually interdependent. This, in part, explains the recurring crisis within the system as a whole, the latest culmination of which was the financial crash of 2008. But instead of taking stock, the ruling class have continued with the neoliberal model. Why? Because, to quote Henwood, the political, media and neoclassical economic establishments “either represent or apologise for rich people, and they’re perfectly fine with the polarization of wealth.”

The serious underlying problems, the polarization and the instability that really came out to an extreme form in the 2008 crisis are still with us. “We haven’t really done anything to repair it. Unlike, the crash of 29, 33 led to the New Deal, a whole bunch of structural reforms that created a credible economic and political order that last for decades. We we didn’t do anything like that”, says Henwood.

Time for a New Deal?

The logical conclusion arising from the unwillingness of the political class to offer the masses the equivalent of a New Deal to counter increasing concentrations and disparities of wealth, is the pitchfork scenario which a minority of smarter plutocrats like Ray Dalio and Nick Hanauer acknowledge. The majority of capitalists, though, are resistant to change because they attribute figures on a balance sheet to their own self-worth.

Henwood, who agrees with the remark made by Bernie Sanders that “every billionaire is a policy failure“, helps to make sense of the authors admiration for the anti-neoliberal social democratic Nordic model nations where poverty and inequality is far less severe compared to the English speaking countries. For Henwood, this appears to be illustrative of  “a rebirth of politics to some degree”. Socialism becomes far less of a dirty word when people begin to see with their own eyes the reality of the lived experience in cities like Copenhagen or Stockholm.

Eventually, the pendulum has to start coming back. And a politician like Sanders’ message of solidarity and togetherness perhaps represents the beginning of the return swing against a nihilistic Trump and his devotion to neoliberalisms logical progression in terms of higher levels of wealth concentration, war, environmental degradation and mass consumption.

Young people’s awareness of these trends gives hope to Henwood. “A significant number of them are really trying to turn things around”, says the author. Ultimately, it’s time to ditch the outdated neoliberal script. We need a new economic story that’s fit for the 21st century, one that puts the economy in service to life. That story is likely to begin with a politically active younger generation mobilizing, collectively, on the streets of our towns and cities. Is this the time? “I hope it is”, says Henwood, “because if we wait much longer it’s going to be too late.”