Is the existing banking system coming to an end?

Today Switzerland is set to hold a referendum to decide whether to ban commercial banks from creating money. The aim of campaigners is to limit financial speculation by forcing banks to hold 100 per cent reserves against their deposits.

If the referendum result goes the way of the campaign group, the Vollgeld Initiative and the concept known as the sovereign money initiative comes to fruition, Swiss banks will no longer be able to create money for themselves, rather they will only be allowed to lend money that they have accumulated from savers or other banks.

The current fractional reserve banking system works like this: Banks lend money that they don’t actually have and then command interest on the non-existent money. This is akin to x offering to loan y a sum of say, £100,000 that the former hasn’t got. The way around this conundrum is for x to then lodge the sum with another financial institution who happens to be in on the scam. Y then pays x interest on the money that x has never been in the position to lend in the first place.

Consistent with the proposed Swiss model, the idea of limiting all money creation to central banks was first touted in the 1930s and supported by renowned US economist Irving Fisher as a way of preventing asset bubbles and curbing reckless spending.

If the Vollgeld Initiative succeeds with its campaign on Sunday, the fractional reserve system will be replaced by a bill which will give the Swiss National Bank (SNB) a monopoly on physical and electronic money creation.

Since the establishment of the SNB in 1891, the bank has had exclusive powers to mint coins and issue Swiss bank notes. But over 90% of money in circulation in Switzerland (and arguably the world) currently exists in the form of electronic cash which is created out of nothing by private banks.

In modern market economies central banks control the creation of bank notes and coins but not the creation of all money. The latter occurs when a commercial bank offers a line of credit. Iceland, whose bloated banking system collapsed in 2008, has also touted the abolition of private money creation and an end to a practice in which central banks accept deposits, make loans and investments and hold reserves that are a fraction of their deposit liabilities. Fractional banking means that money is effectively produced from thin air.

The entire financial system and the laws on which it is governed that many believe to be an exact science is, in reality, based on a gigantic illusion. This illusion is rooted in the 1882 Bill of Exchange Act. Money is essentially created the moment a loan document from a bank or any other financial institution is signed. Having created a financial instrument as a result of a signature, the bank or financial institution then lends the money created in the form of a bill of exchange which in effect becomes a promissory note. The customer then gives the power of attorney within the signed document to the bank to then lend the said customer the money that has just been created from the resulting signature.

By removing the requirement of governments’ to insist upon the amount of gold being equal to the amount of currency in circulation (gold exchange), the said governments’ created a debt based economy (Fiat currency). So by not basing money on anything material whatsoever, banks are able to create limitless amounts of it.

The origins of the promissory note stem from the promise to pay a physical sum of silver (subsequently gold) in exchange for the promissory equivalent (sterling was originally based on sterling silver).

The purpose was to prevent individuals from having to carry large sums of silver around with them. A silversmith would simply weigh the silver and give the owner a promissory note which could then be cashed in at a later date to be spent on goods and services. Up until the 1930s, governments’ were required to have in their possession an amount of silver or gold equal in value to the amount of promissory notes issued. The requirement was subsequently removed from the 1930s onwards. This gave banks the right to create money out of nothing. The legacy continues today. Will Switzerland be the catalyst for a paradigm shift in this state of affairs? 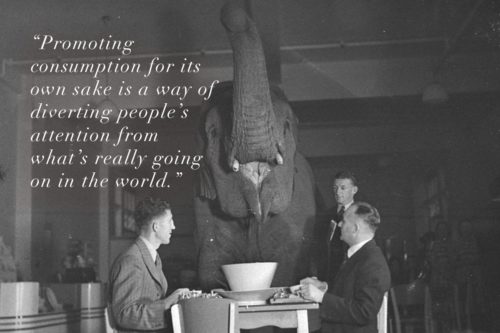