Emilie Woolf looks into why it has taken close to 10 years to identify, formulate and punish the crimes that triggered the crisis and why its only faceless institutions taking the blame?

News media gloat over the eye-watering levels of retribution (in the form of fines and penalties) finally being meted out to aberrant banks found guilty of having violated securities laws leading up to the last financial crash.

I find it astonishing, firstly, that it has taken close to 10 years to identify, formulate and punish the crimes that triggered the crisis; and, secondly, that most targets in this acrimonious litigation are institutions rather than individuals. The corporate umbrella may legitimately be employed to establish the scope of multi-party actions, but not to take on the mantle of responsibility for criminal acts that can only have been perpetrated by people. The injustice is palpable.

It is obvious that natural justice would be better served if these vast financial penalties were applied to compensate victims, rather than enriching culprits’ lawyers – while leaving the transgressors’ obscene levels of remuneration and bonuses intact.

“natural justice would be better served if these vast financial penalties were applied to compensate victims, rather than enriching culprits’ lawyers”

The above observations have now been lent particular emphasis by the head of Deutsche Bank, John Cryan, who clearly has little patience with a bonus culture divorced from corporate performance: he warned his top bankers that their anticipated year-end bonuses will instead be applied to ease the bank’s fine for mis-selling sub-prime mortgages, which could be as high as £11 billion.

Closer to home, the Bank of England’s stress tests on Royal Bank of Scotland have revealed the extent of the wounds resulting from its unprincipled immersion in sub-prime lending in the USA. Its share price has plummeted by 35 per cent over the past 12 months, threatening the government’s ability to reduce its 73 per cent stake, “acquired” following the bailout. 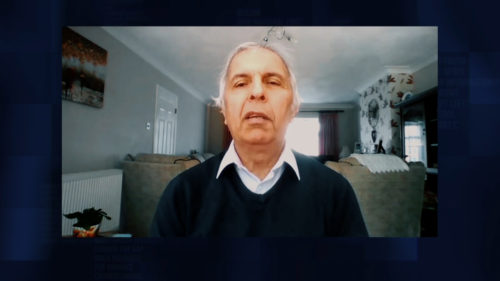 The ultimate figure for RBS fines and conduct charges, both here and in the USA, is presently indeterminate – but if current calculations of up to £20 billion prove remotely justified, the government might simply dump its holding, crystallising an even greater loss to taxpayers.

Features of an ignorant process

This continuing charade amounts to little more than an unvarnished extortion racket by regulatory agencies whose uselessness warrants some emphasis:

(i) Financial penalties levied at the corporate level, for all their size, appear to have little deterrent value as instruments of reform. Why else would the same charade be repeating itself, over and over?

(iii) The reprobates who mastermind and orchestrate the mis-selling and market rigging, and the entire panoply of inventive violations, are rarely made to suffer personal retribution for their misdeeds: concepts of humiliation and redemption are meaningless to them, as amply evidenced by the nauseating levels of executive pay that persist.

(iv) Auditors of the companies that acquired these packages of bonds seem content to vet every aspect of the purchase – except the current value of what’s actually in the package. Some auditing! But, after all, they and the masterminds behind the fudged accounting valuations may well be members of the same firm.

(v) The companies issuing those bonds also had auditors. But when those companies issued paper with arcane titles (such as “reverse convertibles” – bonds that can be converted into equity if the issuer can no longer pay the interest!) their auditors remained heedless of the impending litigious tempest about to threaten their clients’ solvency.

(vi) Dubious accounting practices were used to contrive ‘Triple A’ rating for parcels of near worthless bonds, and spurious criteria were used by auditors for assessing the adequacy of their holders’ loss provisions. In particular, the “incurred” loss model permits the dross to be included in the holders’ balance sheets at book value until they are compelled to face reality and write them off – perhaps years after the “expected” loss model would have crystallized those losses. How’s that for the corporate version of kicking the can down the road?

Governments are not blameless in all this. Knee-jerk protection of banks has corrupted normal market processes of determining executive remuneration. Left to the market, pay at all levels of management tends to be higher in the most successful institutions, where wise executive management is at a premium.

But when governments, feigning misguided concern for the “public interest”, provide guarantees for insurance of deposits, and implicit promises of a bailout if all goes wrong, executive pay is set free of the market. Ignorance and greed become rampant.

We should not be surprised. Any system characterised by such a litany of corrupt practices will always create corrupt pay packets.

If you throw loans at people, consciences will become unanchored and immobilised. They will soon become heedless of the constraint of eventual repayment.