Socialism for the rich

The principal objective of the UK tax system, in which the poor pay a higher proportion of tax than the rich, is not to improve the collective well-being of society, but to funnel cash – largely through tax cuts – to the corporate elite.

This isn’t free-market capitalism in the formal sense, but socialism for the rich – a form of state capitalism – no different in principle to the old statist economies of the former Soviet Union.

I suspect that the (unstated) new year resolutions for many will be to earn enough money to pay off credit cards on time and to ensure household budgets are managed properly.

Increasingly ordinary workers whose wages have flat-lined for a decade or more, rely on credit cards and other loans simply to survive. The rule of the game, even under a debt-based capitalist system in which inflation is out-pacing wage growth, is one in which the availability of unlimited credit is not inexhaustible.

There are, in other words, limits to which the financial system will bail workers out.

Ultimately, in the Hobbesian ‘war of all against all’, the fight for survival by any means necessary becomes the guiding principle in sustaining the necessities of life. The mantra often repeated by elite establishment politicians is the need for workers to ‘stand on their own two feet’.

The derision by the powerful of ‘big government’ and their favouring of the ‘invisible hand’ of laissez-faire, is matched by the supposed necessity to strip away any protections to the individual resulting from the vagaries of a market system that the former help rig. And yet in the periods when the capitalist system, and those who disproportionately benefit from it, fail – as it did in 2008 – the state will intervene to save this system from itself.

Following the 2008 crash, over £1 trillion of public money – with almost no conditions attached – was poured into the banking system. In 2012, the stated intention was that this windfall was to be pumped into the local economy through quantitative easing (QE). But between 2011 and 2013, bank lending fell dramatically, helping to stifle economic recovery.

Rather than being used for production and consumption, the money went into speculation and share buy-backs. The purpose of this cash injection by the state was to re-boot the profits of banks and hence the ‘bonuses’ of bankers. Consequently, in 2012, 2714 British bankers were paid more than 1m euros of public money – 12 times as much as any other EU country, ostensibly to alleviate a crisis that they helped cause.

In 2012, the EU unveiled proposals to limit bonuses to either one or two years’ salary. However, the UK Treasury – at taxpayers expense – challenged the proposals at the European Court. In so doing, the British government demonstrated, not for the first time, that its role was akin to one giant lobbying operation for the City of London. Instead of the prospect of facing jail, British bankers continue to enjoy state aid on a massive scale.

In August last year, the Governor of the Bank Of England, Mark Carney announced that the BOEs intention was to expand its QE by £60bn in order to ‘stimulate the economy’. This was a deception. In reality, the policy adopted by Carney was a repeat of the failed ‘socialisation of private banking debt’ strategy that led to the 2008 crisis. Limiting the ability of the state to boost investment to the local economy, does nothing to stimulate growth.

It’s clear that the principal objective of the UK tax system, in which the poor pay a higher proportion of tax than the rich, is not to improve the collective well-being of society, but to funnel cash – largely through tax cuts – to the corporate elite.

Since the economic crisis began in 2008, the 100 richest people in Britain have seen their wealth increase by a massive £155 billion. If this group had actually paid their fair share of tax, the deficit the government insists needs reducing, would be wiped out at a stroke.

But there is no priority within government to insist that the super rich cough up. Asda, Google, Apple, eBay, Ikea, Starbucks, Vodafone and others, all pay minimal tax on massive UK revenues, mostly by diverting profits earned in Britain to their parent companies, or lower tax jurisdictions via royalty and service payments or transfer pricing. The £1 billion that former Tory chancellor, George Osborne gave away to his friends in the City on August, 2015 in the RBS share giveaway would have gone a long way to fund the deficit in the NHS, whose trusts claim are ‘unaffordable’. 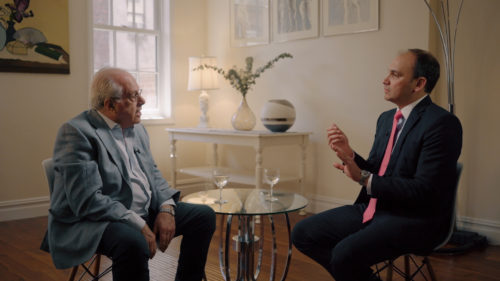 In addition, the Panama Papers revelation that 9,670 UK companies are implicated in a global web of corruption and tax avoidance, would have resulted in a huge surplus. According to Tax Research UK the amount of UK tax that is either avoided, evaded or uncollected stands at a staggering £114.4 billion and rising.

Many of the corporations who evade or avoid tax, benefit greatly from public money invested in, for example, road infrastructure. This infrastructure helps ensure their exploited labour force, who pay their taxes at source through PAYE, are able to arrive at work on time in order to ensure that profits continue to be accumulated.

The reduced revenues accrued to the exchequer as a result of corporate tax avoidance and evasion, is compounded by the underwriting by the state of loss-making private enterprises, some of whom deliver ‘public’ services. The railways are a case in point. State spending on privatised railways are six times higher than they were during the last years of nationalised British Rail. This is despite the fact that under the privatised system, rolling stock is replaced less frequently, there is inadequate carriage space to accommodate rising numbers of rail passengers and ticket prices are the highest in Europe.

The ‘gushing up’ of wealth from the bottom to the top of the socioeconomic pyramid doesn’t end there. Big business is also dependent on the state in terms of the underwriting of low pay by way of tax credits which cost the tax payer £29bn in 2015/16. Moreover, housing benefit amounting to £24bn, acts as a subsidy for low wages which effectively goes straight into the pockets of landlords.

With tenants driven into the expensive private rented sector, largely as a result of the inability of successive governments to build adequate levels of affordable council housing, this situation is exacerbated leading to higher rental yields of private landlords, almost a third of whom are MPs. This compares to just 2 per cent of the general adult population who rent-out properties.

Elected representatives who ostensibly work for the public good, are instead frittering away public money into their own pockets and those of their corporate benefactors whose decision-making has become largely risk free, underwritten by the state.

This situation is not only unjust, corrupt and undemocratic, it unsustainable.

This isn’t free-market capitalism in the formal sense, but socialism for the rich – a form of state capitalism – no different in principle to the old statist economies of the former Soviet Union.

The fact of the matter is that the small minority at the top of society are immune from the rules of capitalism the vast majority are forced to abide by.