The Entrenchment of Liberalism

The night has been lit up with the red white and blue of the French flag, which, projected on landmarks across the occident, showed solidarity after coordinated terrorist attacks left at least 129 civilians of all faiths, religions, and ethnicities, dead. This solidarity was reverberated across social media sites, but it was not the lone voice. Many added to this feeling of despair and horror by asking “what about us?” recounting similar incidents of national suffering in Lebanon, Turkey, and Afghanistan.

These calls of attention did not aim to undermine the shock and rage felt in France, but raised the interesting question of why the suffering of one people is more recognizable than that of another. To this, frantic voices of justification could be heard saying that an attack on French soil represented an attack on the “West’s” way of life, as such these attacks were “closer to home”.

Although those statements are true, they reveal in their nature an in group-out group process in which not only does the suffering of one group trump that of another, but the generalization of the out group becomes normalized.

This is not something new in either political or social interactions between the West and Middle Eastern countries, if both of those titles can be used so callously. The Middle East has always been posited on opposing ends of a spectrum of exotic or morbid, neither of those images inspiring any notions of humanity.

Now, as France reels from the most recent attack, and to objections from none, it leans on the morbid, with promises of a “pitiless war”. The rest of the world, still stunned, is reassessing their stance on what was dubbed the “refugee crisis” and also revisiting domestic security processes. This emphasis on security, or postulations of lack thereof, continue to fuel fear and anger at an individual level, which, unsurprisingly, is translating into increased anti-Islamic and anti-Arab sentiment.

This sentiment is not just important in its impact on the individual level, but its reverberation across the world, will in no doubt, further the alienation and dehumanization of “the others” making it easier to justify future and impeding military action.

These policies are a far cry from the liberal values that these countries wish to profess. An increase in surveillance only results in the decrease of personal freedoms in the form of privacy. A heightened sense of suspicion towards outsiders does nothing but depletes a sense of openness under which progress is made possible. And a growth in militarization undermines an economy built for social values. This creates a trifecta that can hardly be associated with liberty, equality, and fraternity.

Of course, this is not to say that France’s pursuit of a “pitiless war” is unjust, irrespective of how militarily and strategically unattainable and un-constructive such actions may be. However, to do so with such disregard to the values it wishes to preserve with its actions, how can France, or any other Western power for that matter, meet its goals of safety for its population when it is so easily willing to give up on the values it aims to promote?

Yet another facet this event has highlighted is how eager liberal nations are in involving themselves in the fate of “the others”. The suffering of the French in the most recent attack, along with their war cries of revenge, has left a world blind to the fact that this war has been being waged, and suffered by “the others” for more than five years. This notion entirely delegitimizes the values of self-governance for others, as if to say that libertarian values are only to be applied at home and can be disregarded when it comes to the maters of others.

At the end of the day it seems that we are quick to forget that any military operations are going to be conducted in the territories of two sovereign states, albeit with one in the depth of a civil war. Nonetheless, the involvement in the sovereign affairs of others when their approval of such involvement is unclear is the furthest thing from the humanitarian values put forth by liberalism.

Of course this would not be the first time liberal values have been discarded in the pursuit of military action. And ironically, there is no shortage of evidence supporting the notion that it is this very rhetoric, adopted previously by American counterparts, that has created the current predicaments faced in the Middle East.

The reactionary stances taken by liberal governments in the face of such atrocities are both sad, in that they create an entrenchment towards right wing and exceptionalist policy. As well as inhumane in the way they near automatically lean on military intervention as their only source of power. And with it being easy to fall victim to the fallacy that military superiority will translate into an easy victory, the lesson will be quickly learned that any such action, if not built and sustained by the same liberal values these countries aim to protect, will only result in further suffering and alienation, both at home as well as in the conflict areas themselves.

The only logical course of action then, is a re-assessment and a re-entrenchment in liberal values, away from delusions of group polarization.

Only when policy and individual voices truly embody the values of liberal understanding of “the other”, as well as their role and suffering in this fight, can liberal countries step away from their false notions of exceptionalism and formulate a long term resolution to this conflict. 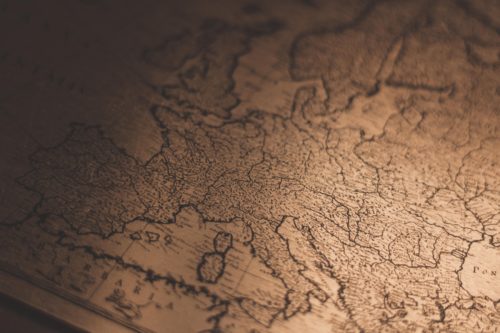