Further reading: Getting By: Estates, Class and Culture in Austerity Britain 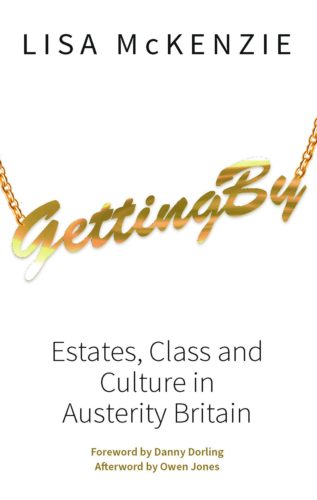 The gradual privatisation of social housing has turned Britain’s housing market into a postcode lottery that unfairly marginalises those who can least afford it.

This week on Renegade Inc we are joined by filmmaker, Paul Sng, and author and sociologist, Lisa McKenzie, to discuss how to stop the great British housing slump.

In the UK today, you’re never more than three metres away from a bourgeois housing ball, or a banal. Buy-to-let landlord British dinner parties are festooned with people gloating about their apparent business acumen when all they’ve really done is ridden a wave of inept government policy.

But for the haves and corporates to succeed, the have-nots must sacrifice a basic human right which understandably makes housing the most charged debate in the land.

Filmmaker, Paul Sng, who earlier this year released his film ‘Dispossession: The Great Social Housing Swindle’ told Renegade Inc that Britain is gripped by the greatest housing crisis of our age.

“Crisis is the wrong word, it’s more of a catastrophe,” he said. “It is the most important issue affecting us at the moment. It is more important than Brexit. It is no exaggeration to say that this is the most pressing issue facing us in Britain.”

The crisis is the result of years-and-years of ‘managed decline’ of housing estates.

“Obviously things like right-to-buy and the failure to replenish that housing stock is a big issue,” saig Sng, “but I think you know one of the most fundamental causes is the fact that successive governments have not placed any value on the people that live on council estates. One of the reasons that we wanted to make the film was to give people on estates their own voice and show an alternative narrative to the one that you see on television and in the media.”

The filmmaker said the poverty depicted in TV shows like ‘Benefits Street’ is false and paints working class people as thick, stupid, with more kids than they can afford, committing benefit fraud. In reality that niche is a very small minority, seized upon allies of the neoliberal order to support the dominant narrative.

“We wanted to help people tell their own stories directly, and explain to the audience what is happening to their communities, to their estates,” said Sng.

The Right To Buy Scheme was a flagship policy of Prime Minister Margaret Thatcher during the 1980s which gave council tenants the legal right to buy their home at a discount. This scheme was intended to fulfil Howell McMillan’s dream of a property owning democracy. By 1996, 30% of council tenants exercised this right, with 2.2 million homes had been transferred into private ownership. But the failure to replace the housing stock sold over the past three decades has led to a chronic shortage of council housing.

With no safety net or obligations, the Treasury is not required to replace the housing stock they sold off for a penny.

“The faith to build new homes has been put into the private rental market,” says Sng. “People are paying 50%, 60%, 70% of their wages on rent. The term ‘affordable’ is bandied around a lot, but it is really a misnomer. Affordable isn’t 80% of what the market is. Affordable should be, in real terms, a third of your income or something like that.”

Sng said policies towards housing are ideological. The Tories and New Labour have placed all of their faith in the private rental market to solve housing need. But it hasn’t worked because now private landlords call the shots.

“If you can’t house people that are in key jobs – whether that’s nursing, teaching, care workers – those people can’t live in the  capital or live close to their places of work,” saig Sng. “Now you create a completely new set of problems as well.”

“It wasn’t just Mrs Thatcher, it was the whole cabinet around her that got this ideological thinking that came from the United States. A sociologist called Charles Murray believed there was a definite underclass and that it was genetic and claimed it was actually good for the whole of society.

“By limiting the state and support for the underclass, we are witnessing the return of eugenics. This is the sort of ideology behind neoliberal politics.”

McKenzie said these developments are not conspiratorial but structurally determined.

“I don’t think that they’re purposefully saying ‘we want people to be homeless and die’, but they do believe that the market is the best way to provide services, so that in itself is purposeful and ideological,” she said.

“One of the things we have encountered making the film, is you meet working class people that vote Conservative, who buy into this idea of The Individual. That if you work hard, if you save up, you can make a success of yourself. But when they look around and see the effects of austerity, there seems to be a disconnect.

“They look around and they think ‘well, I don’t want to live in this. If I work hard, if I save money, I can achieve self determinism, I can make it through. But when it comes to housing, it’s just not happening. The narrative has now become that that people who live in council houses are somehow undeserving.

“This is what public housing represents culturally and symbolically in Britain today. It means failure.”

“We’ve got this lie which called ‘meritocracy’, which says the people who have gained have done so legitimately, but the people who are at the bottom, that is also legitimate, that is where they belong. The whole narrative makes sense, but actually it’s not true.”

“All decent countries in the world have a large part of their housing supplied through social housing,” says Dorling. “It makes everything work better.”

McKenzie said the scarcity of housing estates has created a social stigma.

“Public housing has always has been and actually still is universal,” she said. “Anyone can put their name on a list, and when you reach the top of the list, you get placed in an estate. But it has become rarer over the years as supply has become more scarce. Social housing has become reserved only for the poorest people and the people in the most need. And so the stigma has been attached to both place and people which means that people don’t want to live in them because of the stigma.”

Sng says part of the solution is for key workers – nurses, care workers, young teachers, etc – to be given council tenancy, because if we see people that are valued in society, it could begin to transform the way the wider public view social housing.

“Because, as we were saying, the NHS is beloved in this country. It is cherished by people, so are nurses. And if we see the type of people that live in social housing – our nurses, our care workers, our teachers – then maybe it begins to encourage people to think ‘Ah well, it’s not benefit scroungers and criminals and drug dealers living on estates. It is the people that are the very bedrock of our society’.”

Watch the full episode above to discover how to solve Britain’s housing crisis.