Western liberal democracies may emphasise the separation of church and state, but in practice their attempts to control the population are similar to the pre-Enlightenment days where human nature was seen as unchanging, private property ‘natural’, and the power of Kings a fixed, grand purpose, designed and ordained by God. Much like the industrial revolution resulted in a grand transfer of power from feudal landlords to corporate grandees, it is unlikely the establishment will be able to control the forces which Corbynism has unleashed.

During the dark pre-enlightenment days before science, the earth was widely perceived as a stable force at the centre of the universe overseen by a God who envisaged humanity as having a fixed set of roles within it. To step outside this framework of ‘stability and order’ was to challenge the prevailing orthodoxy that shaped society. By challenging the existence of God (and hence the nature of society) through science, Galileo and others paid the ultimate price with their lives.

For humanity to disobey God by tasting the fruit of the forbidden tree was deemed to have brought evil into the world. Thus theology and the clergy explained the existence of wrongdoing as a primordial human condition that had to be controlled by a deity for whom the wrongdoers were required to seek salvation.

From Aristotle to the enlightenment

Humans sought salvation from the tyranny of religion in the ideas of the Greek philosopher, Aristotle, who conceived a world in which everything had a purpose. The purpose of individual beings and the positions they occupy, all dovetailed together – according to Aristotle – to form the pattern of the universe in order to give everything its place in the world. Religion and Aristotilian philosophy, therefore, mutually reinforced concepts that helped maintain uneven relations of power, centred on order.

Although the enlightenment and the emergence of science was a great leap forward from the idea that the power of Kings was historically fixed, predicated on a grand purpose and design ordained by God, the notion of human nature was widely perceived as unchanging.

Just as the church regarded stability and order as a primordial human condition, the classical economists that arose out of the enlightenment treated private property as ‘natural’.

The religious and political establishment continue to blind the masses with this propaganda today. Although officially Western liberal democracies are keen to emphasise the separation of church and state, in practice their respective roles in terms of attempting to control the populace are similar. Hierarchical structures are as rigid in class stratified modern Britain (where social mobility is actually in reverse) as they have ever been.

The masses of ordinary people have been conditioned to know their place within an ‘unchanging’ society even though the great changes wrought by the Industrial Revolution prove that power had transferred from feudal landlords to corporate grandees.

The supplanting of the aristocracy of land with money in this way led to the reduction of the great estates to commodities in which almost everyone and everything became “objectified”. The worker devotes his life to producing objects which he does not own or control. The labour of the worker, according to Karl Marx, thus becomes a separate, external being:

“Man’s labour exists outside him, independently of him and alien to him, and begins to confront him as an autonomous power, the life which he has bestowed on the object confronts him as hostile and alien.”

In the year of Marx’s birth in 1818, the young English author, Mary Wollstonecraft Shelley published, in London, the first edition of the Gothic and Romantic science fiction novel, Frankenstein – the tale of a monster which turns against its creator. It is the externalising and uncontrollable force that provides the catalyst for change that Shelley describes in her masterpiece which draws parallels with the daily lot of workers. It’s these workers who continually produce what they cannot keep until eventually, as was the case with the Luddites, they rebel against the machines that churn out the fruits of their alienated labour by smashing them to pieces.

In dialectical terms, change in nature is reality. But as Marx understood, the dialectic is also a social process. Since humans are an integral part of nature, they can not be excluded from the forces that govern it. At some point. quantitative change results in fundamental qualitative change. An acorn, in becoming an oak, for example, will have ceased to be an acorn. Yet implicit within the acorn is the potential to become an oak.

The socio-economic system of capitalism, in potentially becoming something else, will similarly, cease to be.

Is the rise of Jeremy Corbyn indicative of the emergence this kind of transformation?

Given that the establishment have done everything in their power to prevent Corbyn’s acceptance among the public since he became leader of the opposition Labour party, it would appear so.

Just as Dr Frankenstein couldn’t control the monster he created, and the machines couldn’t ultimately control the impulses of workers in the factories wrought by the impacts of industrial capitalism, so it is unlikely to be the case that the establishment will be able to control the forces which Corbynism has unleashed. 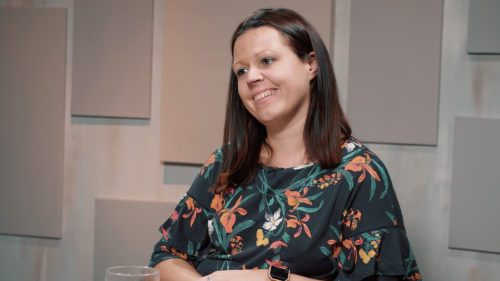