Since the crash, taxpayers’ money has been used to bail out failing banks because they are perceived to be too big to fail. Are they too big to fail? Or should we be asking a different question: aren’t these banks too big to bail out? Firms in any other sector would be left to go to the wall, but, because governments have allowed the provision of credit to become a business, they now have to step in when the banking system is unable to meet the needs of the economy. What would be the consequences if they were left to their fate?

The banking system is dominated by a relatively small number of huge banks. These banks have shown they can withstand defaults on lending to individuals and corporations. In 2011, UK banks wrote off record amounts of debt. Most of the £5.1bn written off in the second quarter was lending for commercial property purchases, with a sizeable chunk represented by lending to private individuals for home purchases and consumption spending. These almost routine write-offs rarely get a mention; more importantly, they barely make a dent in banks’ profits.

Writing off these debts is a spring cleaning exercise which actually improves banks’ balance sheets. Once they’ve taken the hit in one accounting period they continue as if no real loss has been suffered in the next.

A sovereign loan is one made to a foreign government, and sovereign debt default is a different matter. Still, there is little evidence that if a country like Greece or Italy were to default on these loans, this would automatically lead to a collapse in the banking system. If the failure of a number of large banks was not properly managed, the system may well collapse, but not because of the defaults, rather because of the reaction of the financial markets. The situation is exacerbated by the fact that key players in those markets are insurance companies which insure the loans to foreign governments.

Any sensible insurer would never cover a risk that could bring about the collapse of the entire insurance market, and no sensible regulatory authority would allow these insurance policies to be traded for profit. Unfortunately, sensible regulatory measures are in short supply. Predatory banks like Goldman Sachs are allowed to bet both ways. They can make loans on which they earn huge profits if the loans are repaid, and they can insure these loans with policies that cover their losses in the event of default. If their insurers are unable to honour their commitments, governments step in with taxpayers’ money. Win-win for Goldman, lose-lose for the taxpayer. Socialism for the rich.

The financial system has become a mechanism for transferring real wealth from those to whom it rightly belongs – ordinary working people – to a wealthy, faceless elite.

Only this group of people benefit from what goes on in the financial markets.

There is no justification for the appropriation of cash from the struggling majority to save the assets of the most wealthy, especially when it was the behaviour of decision-makers in banks that caused the collapse of the system in the first place. It’s blackmail, pure and simple. Instead of kowtowing to the financial sector, governments should be acting in the interests of all citizens. This would require an internationally coordinated, carefully managed process by which those banks which have become overexposed to bad debts are allowed to fail.

The cost of poor decisions by bankers – driven by the self-serving prospect of higher profits and bonuses – to keep on lending, and acquiring dubious and untraceable ‘assets’, should be borne entirely by those who made the woeful decisions. The shareholders who have supported them should also shoulder some of the loss. If those shareholders include the private pension funds of well-to-do individuals in rich countries, then so be it. Ignorance of the way financial markets work is no excuse for attempting to profit from what is, in essence, an abusive system of extracting wealth.

As currently configured, the banking system not only contains, but has also actively sown, the seeds of its own destruction. 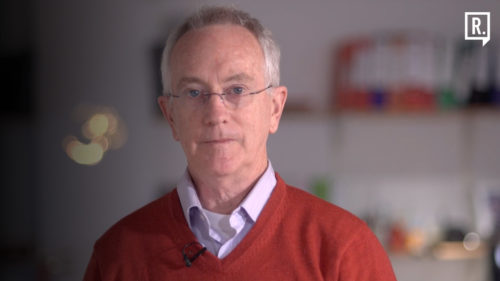