Waiting for the Death of the ‘Human Capital’ Driven Economy

Ever since the financial crisis of 2008, one thing has taken centre stage when it comes to economic recovery: job creation.

It is under this banner that governments were able to justify multi-billion dollar bailout grants while imposing austerity measures and cutting interest rates. This, they believed, was the only way the economic cycle could be saved.

By salvaging employment levels, individuals could both produce goods, boosting the national economy, and retain purchasing power. This, abetted by decreased interest rates, made it easier to take out loans, and a bit less worth keeping your money sitting in a bank account, prompting investment.

The commitment shown by worldwide governments to scrap social welfare in favour for sustaining the human capital driven economy has re-emphasised the difficulty of governments to see a role for mankind beyond that of the simultaneous producer/consumer, and re-enforced the centrality of this role to the current economic model. In reality though, this role can easily be made redundant with the advent of technology, so why is it that every opportunity to shed this role is bypassed?

In Marxist doctrine, the establishment of human capital as the norm came directly at the expense of leisure time and ownership of the means of production. Although leftist doctrine has failed at proving the case for the ownership of the means of production as a successful economic model (lest organizational strategies of profit sharing) the argument and the important of leisure time has largely been left in the shadows. Within historical context though, one cannot undermine the importance of leisure time.

The notion of division of labour in ancient Greece provided ample leisure time for philosophers, artists, and mathematicians alike to explore the world around them. The agricultural revolution in the early 18th century created leisure time that not only fuelled the industrial revolution, but the age of enlightenment in its entirety. The importance of individuals to be completely dedicated to a field of work without having the burden of economic nuisances was so well recognized that European governments set up societies and allocated funds to fuel advances in the fields of science and math, an investment that would now easily be scrapped in lieu of job creation.

So how is it that with “leisure time” playing a pivotal role in the progress of mankind, we have somehow been able to shun it every time it arose?

The truth is, ever since the end of the age of enlightenment and the onset of industrialization we have built a system that reinforces no role for humanity beyond the provision of labour.

We have become so conditioned by this system that we have forgone any other function that we, as humans, are capable off. This ultimately turns its back on the necessity of leisure time to drive pivotal innovation. As such, most innovation since the industrial revolution has solely been to increase the efficiency, or capitalize on a system with human capital at the centre, be it the rise of knowledge based labour, the service sector, and even financial markets.

This dependence on a system with human capital at its core has created an unfounded fear that an alteration to the centre of this system would lead to the failure of the economic structure all together. Thus, advances in education, politics and governance, and environment trail far behind their scientific potential.

It is true that a revision of the economic cycle with human capital removed from the centre will have a pivotal impact on the way the economy is structured. But this change is inevitable and is being coerced by technology, automation, and global warming which is creating a sense of urgency for changes in energy creation.

This is forcing government to investigate other means of wealth distribution, most notably through the exploration of basic income. However, with more and more people passing through a system that necessitates dependence on human capital, it might be a long time before we see the restoration of enough leisure time that can foster the rise of a second age of enlightenment. Till then, we have no choice but to be content with the expansion of services and products reinforcing a system that has proved to be defunct and degenerative once too many. 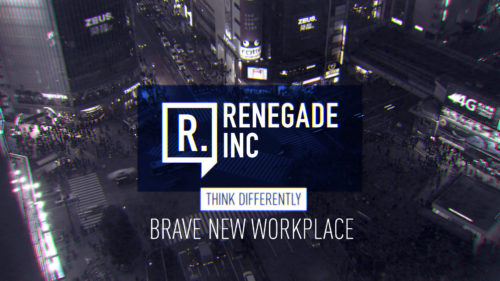