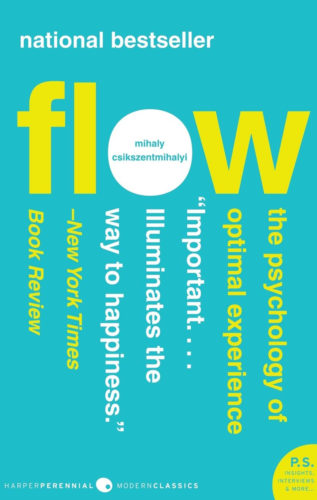 Why are so many people – globally – so disengaged with their job? We’re all working harder and longer yet many people are doing work they feel is meaningless. So we ask what’s wrong with employment?

Host Ross Ashcroft is joined by writer and commentator Elaine Glaser and author of Bullsh*t Jobs and anthropologist David Graeber.

Since the 1990s research company Gallup has interviewed more than 25 million workers in more than 100 different countries, and assessed, in 70 different languages, attitudes to work, and workplace engagement.

The results are in and… they are not good.

On a global basis, only 13% of people reported feeling happy and engaged at work. In the US 30% say they’re happy and in the UK the figure is only 17%.

“Globally, 23 percent of people are actively disengaged at work,” he told Renegade Inc. “Active disengagement means that they basically don’t like where they work. They don’t like their job, they probably don’t like their colleagues. They’re twice as likely to suffer from incidents involving stress or anger at work.”

The Gallup survey showed that the most productive most engaged happiest workers are those that spend between 20% and 50% of their time out of the office, working from home.

But this brings its own contradictions. The workers that were interviewed who already had flexible work place agreements overwhelmingly reported feeling pressured to respond on email around the clock, and often end up working longer hours, to overcompensate for their lack of physical presence in the workplace.

Others reported not using available flexible work arrangements because of workplace cultures that discourage employees from utilising ‘the benefits’ allegedly offered in their contracts.

Writer and commentator Elaine Glaser told Renegade Inc that in an era of stagnating wages, the casualisation of workforces and the outsourcing of labour, work is becoming more precarious, so these figures are not surprising.

When companies are demanding a disproportionate level of personal and emotional investment, then we have to ask what is the payback for workers in an age when wages are stagnating and work is becoming more precarious,” she said.

Over the past 15-years, deliberate regulations have transformed the US, UK and Australia into capitalist utopias where there is not only a lack of work, but a lack of good, well paid work.

Former Fed Chairman, Alan Greenspan said recently that insecurity is ultimately the ideal state of the US workforce, with workers living paycheque to paycheque.

“(As an employer), you want your workforce to be ultimately flexible, available at your beck and call,” Glaser said, “evidenced by the whole zero hour contracts model where there’s flexibility for the employer, but not for the employee.”

“If people are financially insecure, they can’t organise,” he said. “I don’t know if he outright said that but there was the implication that they can’t be in unions and that with lower inflation, people can’t organize. When people are in a precarious situation, it means they can’t demand things as much.”

The anthropologist said it was ‘fascinating’ what finance types say when they think no one is listening.

“I was in a meeting of some kind of banking thing, I’m not quite sure how I got invited… “, he said. “There was one guy who was talking about the economy who said it would have been nice if we’d managed to create more secure, better paying jobs, but we’ve gotten employment up really high and we need to think that it’s an amazing accomplishment that we’ve had a recession but hardly anybody is unemployed. Essentially, if you read through the lines, he was saying people are working much harder for much less money in an insecure environment and this is great. We need to celebrate.”

Perhaps surprisingly, the trend towards the desire for flexible working conditions actually suits the needs of productivity.

“We know that productivity is about three times higher in the decade from 1995 to 2005 than it has been in the last one,” says Keith Walker. “Workplace studies are showing that only about 45 percent of your days are spent actually working, and the rest of it is spent in pointless meetings, conference calls, Skype and emails.”

However, Graeber told Renegade Inc that the obsession with workplace efficiency often has the opposite effect.

“I have actually set up a email account to gather testimonials on bullshit jobs and some of them are extraordinary,” he said. “There is one person who I think works as a contractor, for a contractor, for a contractor who works for the German military. So if a soldier wants to move his photocopy machine down the hall it apparently has to go through three different offices and eventually reach him and then he has to drive for an hour and a half, fill out some forms, put it in a box and then fill it in another form and go back again. It’s layer-on-layer and this is all due to privatisation. It is the due to a privatised industry that is made to seem more efficient, but in fact it does exactly the opposite.”

In his book on bureaucracy, Graeber proposed what he dubbed ‘The Iron Law of Liberalism’, which claims any project of reform designed to unleash market forces and get rid of red tape actually produces more regulation and more bureaucrats than existed before.

“As far as I know that has always been the case,” he said. “There has never been an exception.”

Watch the full interview above to explore the terrors and truths of the Brave New Workplace in 2017.