Perhaps surprisingly, the term ‘military-industrial complex’ was coined by a former soldier. On the occasion of his farewell address to the nation after serving two terms in The White House, President Eisenhower warned Americans: “In the councils of government, we must guard against the acquisition of unwarranted influence, whether sought or unsought, by the military-industrial complex. The potential for the disastrous rise of misplaced power exists and will persist.”

What would he make of the situation today, where US economic success seems inextricably linked to the continued production of the machinery of war on a scale unimaginable in Eisenhower’s time?

In 2012 the United States will spend nearly $900 billion on military activities. When set against forecast GDP of nearly $16 trillion, spending around six per cent on defence might not seem excessive, but the United States spends six times as much as China, and increased its spending by nine per cent each year from 2000 to 2009. With lobbyists for the defence industry wielding as much power as those who manipulate the political landscape on behalf of financial interests, Eisenhower’s insightful warning has clearly been ignored.

Economic hard times make it easy for lobbyists to argue against defence cuts, given the number of jobs that would be lost. But a political mindset that makes economic success dependent on continually finding new opportunities for war suggests a society that has its values very wrong.

It’s not just in countries destroyed by war that global corporations seek to do business. In the west, people might feel optimistic when they hear the US is pumping tens of billions of newly created dollars into developing nations, but such investment rarely achieves its publicized goals. As John Perkins points out, much of this investment is in things “that benefit a few wealthy families, but don’t help the majority of people at all; people who are too poor to buy electricity or drive cars on the highway, and don’t have the skills to get jobs in new industrial parks.”

Pakistani journalist Najma Sadeque agrees that such infrastructure investments “have all gone to benefiting the elite and the feudal classes; they have not benefited ordinary people.”It’s not just defence industries that reap huge profits from the business of facilitating death and suffering on foreign soil. Rebuilding Iraq’s infrastructure, devastated by war following the invasion by US and British forces, involves awarding lucrative contracts to western corporations. 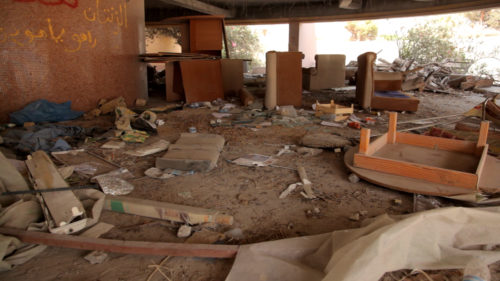 When the killing of Colonel Gaddafi signalled the end of the liberation war in Libya in 2011, it took only minutes for British Defence Secretary Philip Hammond to appear on television encouraging British companies to take full advantage of the destruction wrought by a seven-month bombing campaign by NATO forces. “I would expect British companies, even British sales directors, to be packing their suitcases and looking to get out to Libya and take part in the reconstruction of that country as soon as they can,” he said, without a hint of shame. If western corporations can’t make a killing out of killing, they are encouraged to take advantage of opportunities for rebuilding countries shattered by war. Of course, such enterprise does little for the local economy, and even less for local people, but it’s very good for the profit-hungry shareholders and senior executives of western firms.

Western governments publicize this kind of investment to convince electorates of their altruistic motives, but as Gillian Tett of The Financial Times points out, “the reality is that American firms tend to make most money when countries are at the cusp of change; certainly American financial firms. And, in a sense, they want markets that are changing structurally but not too free and too transparent because they make money when markets are a bit opaque.” Is it any wonder rich nations are fighting wars in less developed countries when western firms are making so much money out of it without having to consider the consequences of their actions?