Further reading: Coalition of The Unwilling 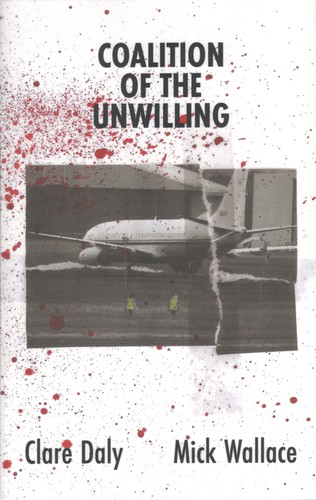 Why isn’t the EU on good relationship terms with Russia in the way it is with other European nations?

And to whose benefit is it to keep Russia as the bogeyman?

In an impassioned speech to the European parliament, Irish MEP, Clare Daly, exposed the fact that the geopolitical agenda against Russia is fueled by a military-industrial complex which needs an enemy to justify the huge amount of public money pumped into it.

Unquestionably, Russia is a key part of the European continent. But it is unlikely that the majority of the public would have arrived at that conclusion having witnessed the European Unions anti-Russian rhetoric exposed by Clare Daly in her speech.

So why isn’t the EU on good relationship terms with Russia in the way it is with other European nations? And to whose benefit is it to keep Russia as the bogeyman?

A key factor that helps sustain the anti-Russia narrative is that pushed by the military-industrial complex which is deeply embedded both in the heart of the EU and the US. It is these two blocs that benefit the most as a result of the continued demonisation of Russia.

However, MEP Mick Wallace contends that Russia is unlikely to be too concerned about the rhetoric used against it. Russian president Vladimir Putin’s main consideration is maintaining good economic relationships with key individual EU member states.

The expected completion of the joint Russian-German Nord Stream 2 pipeline project later this year, despite US sanctions intended to derail it, is a case in point. That the Germans, the French and others across Europe will benefit greatly from the pipeline, is indicative of the fact that economic cooperation that transcends ostensibly opposing ideologies can be the catalyst for the sharing of common goals. While Russia (and China) proffer a multipolar vision for the world, the EU and the US continue to resist it. 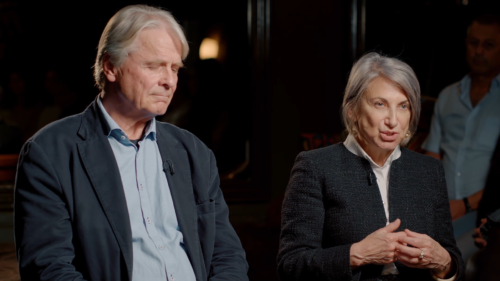 Wallace argues that US imperialism is the key underlying cause of the discord. Last year the American’s spent 740 billion dollars on ‘defence’ against their ‘enemies’ Russia and China, while denying their citizens universal Medicare.

US imperialism is a colonialist project that from the beginning was responsible for wiping out the native indigenous people in America itself. The ‘Great Game‘ of world domination of countries was likened in the late 19th century by the Viceroy of India, Lord Curzon, to pieces on a chess board.

Half a century later, US strategic planner, George Kennan said:

“We [the United States] have about 50% of the world’s wealth but only 6.3% of its population. Our real task in the coming period is to devise a pattern of relationships which will permit us to maintain this position of disparity.”

The above geopolitical strategies have largely remained unchanged. But “Europeans are waking up to the fact that all is not good.”, says Wallace.

“I think they’re incredibly well informed. The response to my speech right across Europe of people who can see through the Russophobia narrative was massive. Russia and China may be economic rivals, but they’re certainly not security threats.”

A recent indication of the economic rivalry between the major powers emerged in 2017 during the build up to Nord Stream 2. At that time Trump used the threat of a trade war against Europe as a bargaining chip in order to push American liquid natural gas in addition to building 13 fracking plants in Europe. This was despite the fact that Trump’s strategy was far less rational than the Nord Stream option. One of the plants, Shannon LNG, is located in Shannon, Ireland, which Daly and Wallace have been opposed to from the outset.

The Shannon story dovetails beautifully into the activists’ intervention at the local airport. For over two decades successive Irish governments have turned a blind eye and allowed the airport to be used as a US military base to facilitate its endless imperialist wars, which have destroyed the lives of millions throughout the world.

On the morning of 22 July 2014, Daly and Wallace, who were both members of the Irish parliament, attempted to search a US warplane for evidence of any breach of international law. They hurled a rope ladder over the perimeter fence of Shannon airport, were arrested for trespass and put on trial the following year at Ennis District Court.

In their book, Coalition of the Unwilling, the activists tell the story of their subsequent three days in court and how they managed to turn the tables around by putting Irish foreign policy on trial. “It brought light to the fact that the Americans have been engaged in wars of this nature for hundreds of years since the formation of their state. And we were bringing light to the fact that the [‘neutral’] Irish government were complicit in helping them do that”, says Wallace.

“It [the Irish state] bent the knee to US imperialism largely because of the foreign direct investment, which is pretty reprehensible. We spent 800 years trying to fight British imperialism and then roll over and become basically vassals of the United States, afraid to take any independent stance for fear that we lose this investment. And we prostitute ourselves as a tax haven, actually really as well, to come in on that basis, which I think is crazy. But that’s kind of where it sadly comes from.”

Ultimately, Daly and Wallace were convicted and given a 30 day sentence in lieu of a fine which they refused to pay. A year later the authorities came looking to arrest them. The activists ended up spending just two hours behind bars.

The legacy of the Daly/Wallace trial is that it has exposed the notion that ‘neutral’ Ireland is a complicit actor in the United States mindless imperialist war machine.

“These crimes that are being done in our name are not being done with our support. One of the things that we built into the book was we reproduced, for the first time, all the WikiLeaks cables in relation to Ireland. And information is power. So people need to hear what’s going on. They need to educate themselves and that can then hold power to account”, says Daly.

In conclusion, the activist says:

“I think the key area where change has to come about is from the United States itself. And we’ve seen huge changes their below the surface. But unfortunately, I think experience will tell us that Joe Biden is going to make no difference whatsoever in terms of US militarism. He will carry on the same Democrat tradition, which is exactly the same as the Republicans. But it’s out of that disaster, I think, that the American people themselves will have to challenge those in power.”