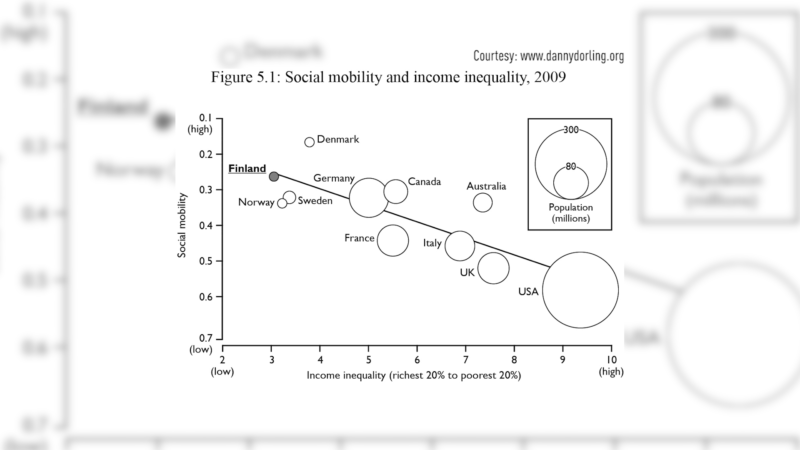 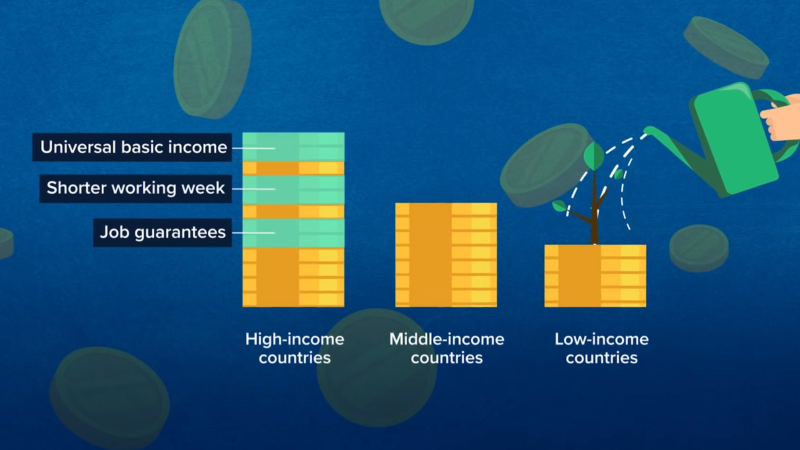 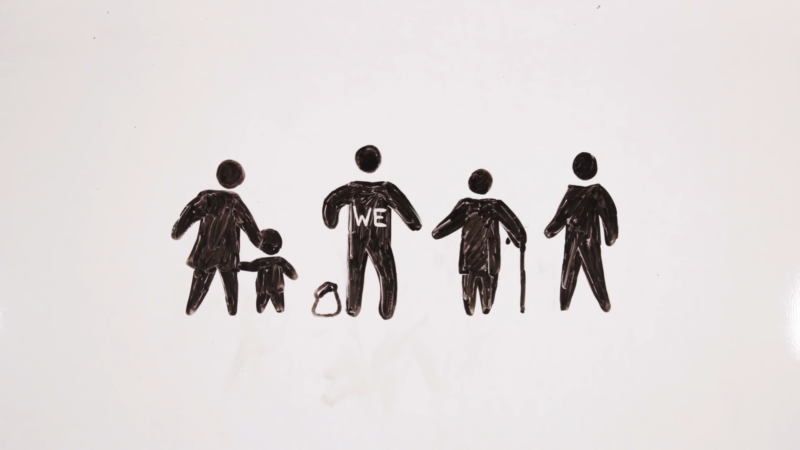 On this week’s show we are joined by some friends of Renegade Inc. in the studio to work out what will be hot and what will flop in 2018.

The economist Steve Keen, the anthropologist and writer David Graeber and the political economists Ann Pettifor and Robert Wade are here to discuss the megatrends that’ll affect the world this year.

We begin by asking what shocked you all in 2017?

For Steve it was the 10th anniversary of the financial crisis.

Robert reminded us about two interesting developments we witnessed in 2018. First is AlphaGo which is the algorithm which beat the best Go player in the world. Why was this different?

Robert explains “Whereas the earlier ones were trained by running, millions of actual Go games through them, so they learnt from actual experience. AlphaGo was simply given the basic rules of go and then it constructed its own games and three days later it was able to beat the best Go player in the world. That’s a really signal event in artificial intelligence”.

Anthropologist David Graeber sees the collapse of Blairism as the big story of 2017. Ann Pettifor was delighted about the outcome at the Labour Party conference in October where they’ve been revived by the left, but the extraordinary thing about was that the right of the party had to be drawn in. Whereas in the United States, they’re divided.

So no 2017 financial crash in the United States or in China?

Steve was not surprised at all.  He describes all the countries that had a crisis back in 2007- 2008 as the ‘Walking Dead of Debt’.

“China to me is a sign of the impact that a state-driven system can have because China should have an enormous credit crunch, the rate of growth of private debt in China is three or four times faster than either America or Japan had during their bubble period.”

With an unemployment rate in China at 4.09% percent he has seed data indicating that China’s government spending excess over taxation is 15% of GDP.

“Now that’s scale of government spending is the same level of government spending as during the Obama rescue period for the financial crisis back in 2008. So when the government’s spending that much, the fact that the credit system is crashing, doesn’t have the impact it would have otherwise. What I think they’re now doing as well, they’re using foreign aid as a way of continuing to employ Chinese workers. It’s keeping the employment rate high. There’s more responsiveness in the Chinese Communist system to the potential, for revolt, from the poor, then there is in the West. And consequently they’re afraid of any increase in that 4.09% rate of unemployment and they will then try to continually maintain a level of economic activity to stop unemployment rising.”

We’re now entering into an era of diminishing returns. Steve explains we’re getting less bang for our borrowed buck.

“Unfortunately most money that’s created these days goes straight into asset markets. The money should be created for the productive industry, that’s what capitalism should be about.”

In his view we are actually in the biggest credit bubble, biggest debt bubble in the history of humanity.

“I’ve constructed data for America going back to 1834. The level of private debt now is higher than it was at the peak of the Great Depression but that peak was driven by deflation and, in the UK’s case, the level of private debt now is three times what it was when Maggie Thatcher came to power and more than twice the average for the previous century.”

So watch out how private debt plays out – it’s going to be a key driver of the 2018 year.

Steve also sees central banks fighting against a tide – the credit tide that they helped create by ignoring the rise in private debt. They’re now fighting back with QE.

“So according to their measures there are three numbers that matter for them, 2% rate of inflation, 3% rate of economic growth and 4% rate of interest. That’s what they think should be the magic numbers. Now that’s on an analysis which ignores credit and ignores the level of private debt. As they try to move back to that 4% rate they’re going to cause the economy to tank.”

The other real danger is QE’s inflated asset prices.

“The central banks made very big mistakes with all this massive QE but in a sense it’s not their fault.” says Ann Pettifor  “The responsibility for reviving the global economy has been left on the shoulders of technocrats and central banks. Now they ought to be blamed. You know they’ve made some bad decisions but they’ve been forced into that by politicians who believe that governments shouldn’t spend any money and you should use the opportunity of this crisis to slash the state. The thing is…. the implication and this comes back to our productivity debate here as well, the implication is that there is something fundamentally wrong with something called the economy.”

We’ve all been asked that loaded question ‘What do you do?” David’s constantly met people who eventually admit that they have some fancy sort of middle management or executive role but it doesn’t involve doing anything. They merely work for an hour a week if that and they basically faking it.

So he began to wonder how many people like this are there? And after a blog which went global last year on the idea, his answer will be in his soon to be released book Bullshit Jobs. When even a YouGov poll says that 37% of people in the UK agreed that if their job didn’t exist it would make no difference whatsoever it’s an issue which needs unlocking.

But for David it’s the moral and spiritual damage that comes from performing tasks one believes to be unnecessary which is most profound. These bullshit jobs are a byproduct of economic policy or more appropriately the failure of economic policy.

David explains “The one thing that both left and right agree on is the solution of any problem is more jobs but the right has really managed to convince people that throwing money at the rich will create more jobs. Well, it will, but if you want to create jobs that actually produce something you have to give money to consumers. Consumers are actual job creators.”

So will the robots save us?

Ann adds her view “All of this talk about artificial intelligence and robots and all of the kind of euphoria around..  in my view is delusional. People will not let that happen”.

“They will not allow themselves to be denied jobs, to denied livelihoods, and to be degraded. …They’ll do what they’re doing now. Which is that they will go looking for a strong man, preferably a man, to protect them from these market forces. And in my view that’s going to get worse because we’re not going to make the effort to invest in these jobs to give people meaningful work and meaningful income so they can survive and they are going to find strong, fascist leaders…who will protect them from market forces.”

Steve sees it as a clash between capitalism and democracy. While on one hand we have one person one vote and a way of protesting about what’s happening in your workplace, people are being screwed by the incredible increase in inequality and the technological pressure rendering many jobs redundant.

“And I think that’s where the Trump revolt came from and the very first place. They’re the ones who’ve been excluded and squeezed out. And I think it’s going to get worse. It’s not Arnie Schwarzenegger style AI I’m worried about. It’s AI that means I can do diagnostics better than a doctor.”

This also begs the question of the AI aspect of journalism. Will AI be bringing us the breaking stories?  The consensus is that newspapers, the media, the broadcast media have been fundamentally useless at communicating economic ideas. And ideas that can actually drive us forward have been incredibly divisive.  So for 2018 will we demand that we go back to basics and trust some decent journalists?

Ann feels there’s going to be a backlash. “People are going to want to have real stories. I mean we are very aware of fake news and we want the truth. We’re after the truth. And I think journalists and newspapers that invest in that are going to do well. I am optimistic.”

Robert’s view is that in a disrupted times, people will seek out strong men or women as their saviours. “I think that dynamic is more powerful than the other dynamic that you’re just talking about and the strong men will appeal, using Twitter, using fake news not appeal to facts but appeal to the stories to tell people that are feeling very uncertain that they are strong, they are the source of virtue, moral virtue.”

Steve is going for the end of housing bubbles in the leading countries … Canada definitely, Australia, South Korea, Belgium, Norway, Sweden and Singapore.

“I know there’s been little upticks in inflation here and there but I can see very little being done to restore inflation, to restore employment and economic activity. And I can see more asset price rises.  I’m pretty gloomy about the coming year I’m afraid. Like Steve I believe the system is entirely unsustainable and volatile. The question is what will trigger it and I don’t dare predict what that might be.”

Robert sees a fair probability that there will be a move to the hard right in Brazil and in other parts of Latin America.

“What is happening now in Brazil is the resurgence of the really hard right  – it makes very chilling reading and I suspect that the hard right will be able to derail Lula.”

David was going to predict the housing bubble and the crash but Steve beat him to it so he plumped for the view that we are not going to do Brexit.

Will China learn from Western mistakes?