Since the financial crisis that struck in 2008, the failings of the banking system have been laid bare for all to see. But, four years on, nobody has come up with an alternative and few acknowledge the extent of change required in banking and finance. A progressive banking system would ensure that there was enough investment in the real economy to create viable opportunities for everyone. It would not expose communities to the dreadful consequences of repeated economic crises. This book will attempt to outline such an alternative system and demonstrate how it could be implemented within a reasonable timescale.

As Nobel laureate Joseph Stiglitz says in the Four Horsemen film, “What the banks did was reprehensible. That was why there was the outrage at the greed of the bankers when we gave them money that was supposed to help them lend to others but they decided to use that money to pay themselves bonuses. For what? For record losses?”

What the banks, along with others who profit from the financial system, did to society was indeed reprehensible. It was a white collar crime against the majority of citizens who have no stake in the casino-style capitalist game played out in the financial markets. It is legalized robbery, against which democracy seems to offer no defence.

Of course, things were badly wrong before the latest crisis. During the so-called boom years, the economy failed to serve the interests of at least half the global population. 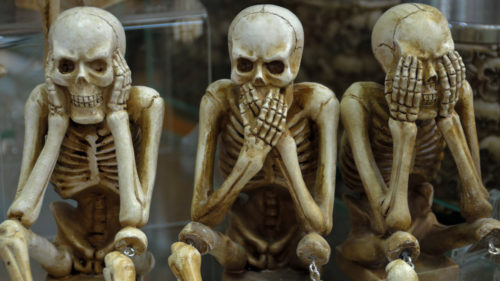 When a record period of sustained economic growth still leaves billions in poverty, including many in rich countries, then the economy clearly isn’t working properly.

Could it be that the Four Horsemen have infiltrated the heart of our economic system and found desks for themselves at the Federal Reserve, the Bank of England and Goldman Sachs? These institutions wield immense power, but have no concern for the common good. They are not working for the benefit of the majority; they are more concerned with defending the interests of the elite, the only real beneficiaries of current economic arrangements.

This book argues that poverty for billions is the flip-side of elite power: the super-rich can only secure their immense wealth by rigging the economic system in ways that deny decent life opportunities to millions.

As we shall see, most of what the banks do, and nearly all of what passes for trading in the financial markets, has nothing to do with the real economy. Even in good times, the behaviour of those who play the financial markets makes it much harder for ordinary people to earn a living. “Why”, asks the British political thinker Phillip Blond, “do we live in a world where everyone speaks about freedom, and the benefits of that freedom accrue to fewer and fewer people as capital and power concentrate?”