Equally parasitic as the medieval Black Death, the pandemic we face in the 21st Century is a psychological phenomenon rather than a biological one.

Its name is ‘deceit’, and our political & economic institutions are riddled with it.

Mark GB calls out the manifestations of the 21st-century plague – and it might just provide the antidote you need to survive it.

The Black Death was a medieval pandemic which swept through the ‘old world’ in the 14th Century.  It arrived in Europe from Asia in the 1340s and killed an estimated 25 million people, about 50% of the population. The social and economic consequences of this were ‘permanent’: it created a labour shortage which ended the medieval institution of serfdom.

What emerged from the chaos was a rudimentary ‘free market’ in labour and goods. The age of capitalism had begun…the unforeseen consequence of a plague, borne on a creature that looked like this:

The pandemic we face in the 21st Century is a psychological phenomenon rather than a biological one, but in my view, it is equally parasitic. Its name is ‘deceit’, and our political & economic institutions are riddled with it.

The majority of people I speak to know that something is badly wrong with our societies and our economies – they feel it when they pick up a newspaper, turn on the TV or engage with the internet. Some of us try to disconnect from the drama and the constant stream of claim and counterclaim, in order to try to ‘get on with normal lives’ – but we feel something is badly wrong nevertheless.

Some of us gather ourselves into political parties, protest movements, and/or intellectual cliques in order to discuss how to ‘fix’ what ails us. And every 4 or 5 years, the majority of us go out and vote for an individual or a group of people that we hope will bring change…and then…we get more of the same.  We just got, for example, the 3rd president in a row who ran on a promise of peace, and then immediately went looking for war.

What the majority of people have not yet realised is that the politician’s ‘promise’ is part of the deceit – it’s what keeps you coming back for more, hoping this time will be different. It never is – it’s just a new coat of paint on a crumbling wall.

It matters little whether you believe an individual candidate is a ‘good’ person, or a ‘bad’ person. Once in office he or she becomes a tool for the maintenance of the status quo – evidently. Why is this? Because the system is not run for your benefit. Its primary function is the concentration of power and wealth within the system itself, to serve the vested interests of a relatively tiny group of people.

These are the manifestations of the 21st-century plague – the institutions of deceit:

The rest of our problems are ‘symptoms’, and some are deliberate distractions from that quartet. The prime example of this is ‘Russiagate’. What started as a ‘shoot the messenger’ attack on Wikileaks for revealing Democratic Party corruption, is now a daily farce that distracts people from the real villains. Who cares about our own warmongering?  Let’s all fetishize about how Vladimir Putin spent at least five bucks telling Facebook users that black people get a raw deal in America. Wow, who knew? Meanwhile, the banks and the war machine go quietly about their business, undisturbed by any meaningful oversight or opposition.

Meanwhile, the banks and the war machine go quietly about their business, undisturbed by any meaningful oversight or opposition.

At the root of each of the items in that quartet is a LIE. Nothing fundamental will change so long as those lies are allowed to stand. Those of you that have read my stuff before will know that I bang on about this a lot. Well…if the problem is deceit…and if you really want things to change…then get used to repeating yourself. Let’s look at it again:

1. A Monetary System rigged for the banks & global corporations

Banks create credit out of ‘thin air’; what we think of as ‘bank deposits’ are nothing more than bookkeeping entries. The credit thus created is then lent to borrowers at compound interest, effectively providing the banks with a constant return on the productive, non-productive & speculative activities of the entire system. Over time, and as the leverage in the system has expanded, the % of credit issued for productive activity has diminished, the % issued for non-productive & speculative activity has expanded. The result is a financialised economy, controlled by the banks – the book-keeping tail is wagging the productive dog. This is, in effect, usury…or if you prefer…theft by sleight of mind.

So, whenever you hear an economist talking about ‘trickle down’ or the ‘wealth effect’ – you are being lied to – wealth trickles up, not down. Believe it or not, many economists are still ignorant of how the system works. On the other hand, some are simply lying: Paul Krugman ignores the banking system in order to protect his career; Larry Summers panders to the bankers in order to further his. In both cases, they are apologists for a corrupt system.

So, whenever you hear an economist talking about ‘trickle down’ or the ‘wealth effect’ – you are being lied to – wealth trickles up, not down.

By contrast there is one economist whose work reveals how the banking system really works.  He is a scientist and a true man of ‘character’, which simply means he tells the truth. His name is Professor Richard Werner of Southampton University, UK; and he puts men like Krugman and Summers to shame. If you want to learn about the corruption at the core of our banking system, and ideas on how to fix it, find out what this man has to say. You can start here: https://www.sciencedirect.com/science/article/pii/S1057521914001070

Washington’s wars are not about liberty, or human rights, or democracy. They are about putting anyone who threatens their hegemony under the imperial jackboot – yes ‘jackboot’.  Washington has no problem making alliances with terrorist groups such as al-Qaeda. It has no problem outsourcing ‘dirty work’ to mercenaries like Blackwater. All that gut-wrenching stuff about human rights? It’s bullshit. Neoconservatives care nothing for human rights – they have objectives that they lie about, using morality as the decoy.

So…the next time you hear John McCain’s cant about some brave ‘freedom fighters’, take a look at who he’s rubbing shoulders with. See this photo of him in Ukraine?

The guy standing next to him is the same guy as the chap on the far right (pun intended).

His name is Oleh Tyahnybok and he has absolutely no more interest in democracy than John McCain has in telling the truth.

I’ll keep this short. The next time a politician tells you exactly what you want to hear, please do three things:

If you discover, as you almost certainly will, that they support regime change operations & take money from corporations and lobbyists that profit from war, ask yourself this: Why on earth would they care about what you want? If it comes to a choice between you and Raytheon, who do you think a Congressman is going to serve? Raytheon will get what it wants, & you’ll get screwed. You’ll also get lied to about why you’re getting screwed.

4. A mainstream media that is complicit with 1 to 3

I believe that the primary duty of the 4th estate is to speak truth to power. Not to promote an ideology or to sell copy, not to support your pals or to maintain access, and not to get the KBE, the Légion d’Honneur or any other award for being the most reliable ‘brown-noser’ on the think-tank circuit.

I believe that the primary duty of the 4th estate is to speak truth to power.

That isn’t journalism. None of that crap requires courage or integrity. None of it requires you to tell the truth, or to expose corruption and duplicity on your own side.

We don’t have many real journalists – we have hacks, sell-outs, bull-shitters, and people who lie through omission. We have people who lie in short sentences and people who omit to tell the truth in long ones. We have stenographers posing as commentators and idiots posing as analysts – our media is a melange of mediocrity, complicit with the corruption that is rotting our society from the inside out…and it is in total denial.

I recommend that you take the time to listen to the following interview with a real journalist – a great one in fact – John Pilger, on why his written work is now unwelcome at the Guardian, on Julian Assange, and on the death of truth-telling in the mainstream media: https://kpfa.org/player/?audio=277808

When writing a conclusion, I find it useful to remember why I started the piece in the first place. In this case it’s simple – I can’t stand the lies:

What do I suggest? I suggest that I keep my own side of the street clean; that I tell the truth in all my personal dealings; that I ensure that my own integrity is intact; that I keep my agreements; that ‘yes’ means ‘yes’ and ‘no’ means ‘no’; that you can take my word to the bank, preferably a local bank…that I speak out when I see injustice or hear lies; that when I go to bed at night, I am at peace with the voice that matters most – my own conscience.

This system will not stand, it is already collapsing. I do not know if what replaces it will be better or worse; whether the same collection of criminals and sociopaths will remain in charge, or if we can create something honest and decent. But I do know one thing for sure – the cure for deceit is telling the truth. 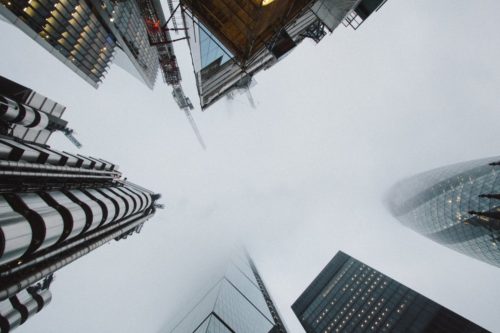