The new British university business model is to charge full price to students for their course and accommodation, then only deliver around 15 percent of the cost whilst restricting access to their digs.

The master stroke has been to re-brand all of this as ‘blended online learning’ and claim because of Covid, there is no alternative. It’s a massive money-maker. But it’s also an indication of how egregious the unholy trinity between money obsessed chancellors, overpaid administrators and rent seeking landlords has really become.

Host, Ross Ashcroft, met up with National Outreach Coordinator for Pause or Pay UK, Ben Dusserre-Robinson, and the founder of Queen Mary University Rent Strike, Net Tshisekedi, to discuss how students have been treated during the pandemic.

Students intuitively know that they have had a really rough ride during this pandemic. The problems began in March, 2020. During this first period of lockdown, campuses were closed, course programmes and faculties – many of which rely on industrial standards and state of the art facilities – were re-organised and students were sent home. Over the last 18 months, students have been denied access to physical resources and studio spaces that they have paid for, often through indebtedness.

Ben Dusserre-Robinson says that given the unprecedented nature of the pandemic, students were initially understanding of the situation universities were faced with but that this changed when they realised senior managers were not involving them in ‘behind the scenes’ conversations.

The National Outreach Coordinator suggests that the intention of senior staff was to offset their denial of student access to products and services by reverting to, and lowering, the criteria for testing. What they planned, in other words, was to normalise a domestic exam environment for studio-based learning.

“For studio based learners”, says Dusserre-Robinson, “there’s three vectors to consider in this situation. The first one is the social. The second is the intellectual, which is quite important to underline, because that’s the point where you’re suddenly asked to come up with ideas without any exterior forces. You’re relying on one medium for your knowledge gathering, and that’s online.”

“The third vector is the physical in relation to the space and the material that you’re using to create your work because studio based learners rely so heavily on material. You’ve got a situation where people are asked to turn their bedrooms into ceramic studios, painting studios, photography dark rooms and wood workshops.”

MA students from the Royal College of Art in London protested to senior management teams against these conditions and used a hashtag to insist that they be included in the conversation about their plight. The hashtag went viral spreading to Central St, Martins and The Glasgow School of Art. Before long, Pause or Pay UK was born, spearheading a national movement and campaign with a set of demands.

The movement insisted that the universities pause the courses and allow for students to defer their year without any consequences to visa status’, academic track records and financial situations as well as offer payments to refund courses for the lost time.

The notion of paying for courses not only brings into sharp focus the ideological aspect around the normalising of fees, but also the issue of extortionate rents which are piled on top of them – a double whammy that previous generations of students never had to worry about. Founder of QMU Rent Strike, Net Tshisekedi, tried to enact a strike in opposition to this extortion.

The activist explains her reasoning:

“It was clear that our university just wanted students to come to campus to justify paying rent for their halls. The university was essentially treating them as cash cows. We had students living on campus living in really poor conditions. I’m talking about rodent’s, mould, leaking, flooding. We had one student who lost hundreds of pounds because her clothes were damaged by mould that was coming out of her flat. So we figured that the only way that the university would listen to us is if we withheld money that they care about so much.”

Tshisekedi says that while Rent Strike acted in good faith, the university failed to respond in kind:

“The university ignored almost all of our requests to meet with management. Statistics show that on average, students spend £1 billion on unused accommodation, which is why we thought it was fair to receive discounts and rebates. It’s just so frustrating how universities would make decisions under a falsehood of helping us. The rent strike ended with the university refusing to give the discounts that we won to strike participants. They don’t want rent striking to be set as a precedent, as a form of protesting against universities.”

The problems described stem from the fact that decisions made by universities are premised on a neoliberal economic business model which the pandemic has helped facilitate. But the marketization of universities has also brought into focus the inequalities that have come to define them.

It’s in this context that often debt-ridden students of universities have become defined as customers, while Principal’s who preside over them earn six figure sums.

Tshisekedi brings to light her own experience:

“Our Principal at Queen Mary, Colin Bailey, who’s on £300,000 and doesn’t pay any rent, presides over our university trying to squeeze rent out of students who can’t even use their room.”

The hypocrisy of extremely well paid individuals in senior management roles who benefited from free tuition presiding over a neoliberal-infected model for education is not lost on Dusserre-Robinson.

It’s a model for learning that uses vast sums of capital to transform the fascia of universities into pristine architectural features whilst using smoke a mirrors to hide the fact that the services for students are gutted from the inside.

“You just have to take a look at the Central St. Martins Campus in Kings Cross. The building itself houses cafes and restaurants. It’s got this huge shiny water feature fountain in front of it. The next generation of students probably won’t want to subscribe to this mode of learning. They just want to get on with the learning and be in a space which accommodates their creativity in some way”, says Dusserre-Robinson.

In his book, The Talent Code, Daniel Coyle writes about the antithesis of places like Central St. Martins, what he calls Chicken Wire Harvard’s. These are practical spaces where people aren’t distracted by the flashing lights of wonderful state of the art architecture. It’s a space where students can actually do their work in a more humble environment.

“What we’re asking for”, says Net Tshisekedi, “is just a basic standard of living, of students deserving better and wanting better than what we’re currently being given.” 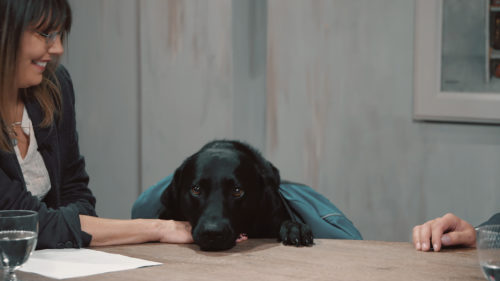 “I guess the main point is the fact that we withheld so much money that that’s what forced the university management to listen to us. A successful tactic has been getting the press involved and having community and parliamentary support.”

Another positive aspect relates to the pandemic in as much as it has resulted in people asking fundamental questions about the marketization of education. Activists are now in a position where the pandemic has expedited it. Tshisekedi suggests ways in which people can start pushing these conversations on and to get universities back to where they were as places of learning instead of client-customer relationships.

“There needs to be an overhaul of what student unions are supposed to do for their students, because they are far too concerned with their relationship with the university and management and did not do enough to support the rent strike. People also need to mobilise and organise with fellow students to hold universities accountable.”

“Although the rent strike is over, it’s definitely not the end. We’re going to set up a renter’s union and we’re going to continue as a grassroots organisation – by the students, for the students. Unfortunately, the university’s actions and the SUs inaction, has created a need for this space. We will continue to hold the university to account and we will continue to expose any wrongdoings that are done to students.”