With China’s increasing wealth, Western investors want some of the action. One of those investors is a bullish gentleman called George Soros. However, the Chinese are acutely aware that with Western investment comes inequality.

So as Beijing begins to rethink how to do proper economic growth, we ask, will China learn from Western mistakes?

A widely held myth among Western oligarchs and leading financiers is the notion that their US hegemonic unipolar vision of the world is beneficial to American interests.

The reason this myth continues to hold sway is because it’s predicated on a counter-intuitive understanding of how the world actually works. A recent example of this was when George Soros expressed his opposition to the decision by BlackRock and other US companies to invest in China.

In an op-ed for the Wall Street Journal, Soros said:

“The Black Rock initiative imperils the national security interests of the US and other democracies because the money invested in China will help prop up President Xis regime, which is repressive at home and aggressive abroad. Congress should pass legislation empowering the Securities and Exchange Commission to limit the flow of funds to China. The effort ought to enjoy bipartisan support.”

Michael Hudson says that Soros’ reasoning is premised on a need to stifle the Chinese economy, to stop investing in order to force it to do to its country what Yeltsin did to Russia.

“George Soros’ dream is that China would privatize the economy, that it would basically carve it up and let US investors buy control of the most profitable industries and labour.”

Soros is furious that China is not following a neoliberal policy but rather a socialist policy, wanting to keep its economic surplus at home to benefit its own citizens, not American financial investors.

Soros characterizes the economic policies adopted by the government in Beijing as akin to the Classical School, distinguishing it from the Neoclassical economic approach of the American’s. The Chinese are acutely aware of this distinction.

As Hudson succinctly puts it:

“The United States realize that you can parasitically make wealth much quicker than you can actually create wealth. It’s cheaper to be a parasite than a host. And so most of the financial strategy of Wall Street thinks, how can we get something for nothing? How can we get a free lunch? They’re looking to grab Chinese assets on the cheap. They’re looking for monopoly rights”, says Hudson.

By studying and discussing Volumes 2 and 3 of Marx’s Capital in the last couple of years, the Chinese leadership have begun to understand not only that the privatization and rentier economic model adopted in the neoliberal West is leading to societal decline, but also that a socialist economy is not the economy that gets rich by creating absentee landlords.

In his book, Absentee Ownership published in 1923, Thorstein Veblen argued that housing should be for living, not as a speculative vehicle. But in America, real estate is all about how to increase real estate prices and create a bubble for speculators to find someone to flip the property to.

“I think what China is trying to do”, says Hudson, “is create a domestic economy where Chinese people can invest in making China richer where they are able to afford a house of their own, not in buying income-yielding, rent-yielding, assets in America, England or Europe.” 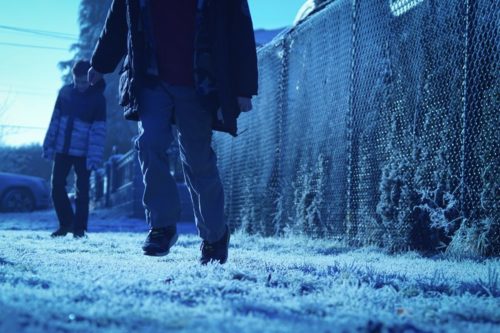 The country’s centrally-planned approach to housing, though, has not always resulted in supply-demand equilibrium. Many housing developments in urban areas in China have been demolished due to over-supply.

Chinese authorities have, until recently, been faced with the difficulty of planning for potentially huge movements of people from rural areas to the cities. But for the first time in quite a few years the focus has been much more on rural development.

“China’s becoming more market-oriented in the sense of its planning. But at the same time, it shapes the market, increasingly, to create domestic prosperity and earning opportunities – not unearned rent-extracting opportunities, but earning opportunities. So this is a sort of ongoing process of re-evaluating, restructuring, fixing-up and improving the economy”, says Hudson.

Crucially, it’s the unearned rent-extracting neoliberal model adopted in the West that China has rejected. It is an economic model that Beijing have understood to be fatally flawed. Instead, it views the economy in a more holistic way for the betterment of the average Chinese citizen.

Beijing also sees that the United States is trying to prevent it from going along this socialist road and that that’s reflected in the new unipolar versus multipolar Cold War.

“It’s actually not so much that China, Russia and the Shanghai Cooperation Organisation, along with Kazakhstan and Iran and now the other groups are pulling away, it’s the United States trying to force them to follow the US neoliberal model by imposing sanctions and special penalties and military threats, not to mention ISIS terrorism”, says Hudson.

Hudson says that China is already integrating industrially with Russia and the rest of Africa leaving the United States as the high-cost economy with no visible means of support.

“We’re not competing with China. We’re letting China do all of the industry. But all of a sudden we’re completely dependent on it. This does not bode good for prosperity in the United States or Europe and other areas that are satellites of the US economy”, says Hudson.

According to the economist, the US is unlikely to change course because, he says, not only is socialism a dirty word in America, but that the country has no understanding that it’s on the wrong financialization path.

“In the West”, says Hudson, “you’ve had a financial oligarchy evolve and take over planning from elected government. So we don’t have democracy now. It means a free market where you leave everything to Wall Street as a central planner which does not create prosperity but rent-extracting opportunities for Wall Street stocks and bonds and absentee real estate.”

Hudson predicts that this will soon develop into a rentier, neo-feudal economy while the rest of the world evolves into what industrial capitalism was meant to be, namely socialism, a century ago before it was sidetracked in the West.

Meanwhile, the economist expects China’s economy to be more balanced and less polarized than its neoliberal counterparts in the West.

“It will leave its planning spontaneously to individuals to innovate and develop. People will still be allowed to make fortunes, but not gigantic fortunes large enough for an independent oligarchy to develop or to become a rival to government and try to replace government”, says Hudson.