The wider public is depressingly disinterested in the workings of the economy; nowhere is this more evident than in their ignorance of the monetary system.

If more people understood the means by which banks create money, the way it swells the coffers of the already wealthy, and the destabilising effect it has on the real economy, then surely there would be a outcry of Murdochian proportions.

Banks create money by making loans to their customers. This method accounts for around 97 per cent of the money in circulation. Nearly all money is created as debt, repayable at interest. This means that all loans have to be repaid with money also created as debt and loaned at interest. No wonder the economy struggles, when the system of money creation heaps cost upon unnecessary cost. And no wonder the banks generate such enormous profits.

Entrepreneurs – Banks Are Not Your Allies…

This system, known as fractional reserve banking, is an integral part of the nexus of unearned wealth: Banks’ shareholders earn dividends from the super-profits extracted by the process of money creation; banks loan money to their own investment arms to finance speculative activities which undermine the real economy and then pay themselves unwarranted bonuses from the proceeds; and money issued as debt helps drive up asset prices, especially land, through the housing market and the market for commercial property. 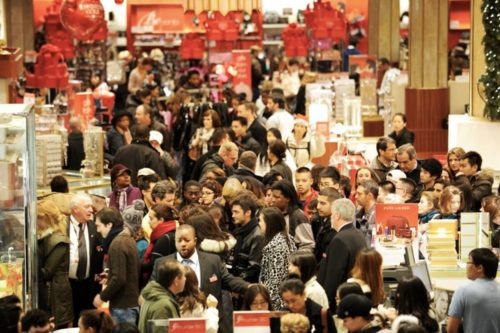 Peak Stuff And The Shift To Thrift

Not only does the system of money issue skew the economy in favour of the already wealthy, it places an unnecessary burden on genuine entrepreneurs by charging them for the use of money. Money is not wealth, but it is required to pay for land, labour and capital. Why should enterprising businesspeople pay a premium for the use of money, when without it business is impossible?

It gets worse: Through the activities of credit card companies, banks try to cover up their economic misdemeanours by lending money for consumption to those unable to earn enough to get by. This creates an impression that the economy is in good health because people keep spending. In fact, UK personal debt, at £1,452bn is roughly equivalent to the country’s GDP.

Reformed Capitalism – for Everyone

If they are to remain in private ownership, banks must be obliged to work under a revised system of full reserve banking: they should only lend money which they can fund from deposits and reserves. If the money supply needs to be increased, new money can be issued through banks by a central authority. Banks can continue to lend money at interest in order to cover their costs, and make a reasonable profit, but they should not be permitted to create new money at interest, and they should be required to compete for business by offering the best possible savings and borrowing rates to their customers.

The current system of money issue widens the gap between rich and poor by concentrating its lending for investment on large corporations, while charging the economically excluded exorbitant rates on borrowing for consumption. It conspires against an optimal supply of money by ensuring that the quantity of money in circulation never reflects the amount of wealth being created, thus introducing instability into the economy and driving the damaging cycle of boom and bust.

Economic stability, business efficiency and social justice all demand a complete overhaul of the monetary system.

“The study of money, above all other fields in economics, is one in which complexity is used to disguise truth or to evade truth, not to reveal it. The process by which banks create money is so simple the mind is repelled.” John Kenneth Galbraith