CNN vs The Internet I don’t know what CNN was expecting to achieve when it decided to go after a Reddit user for creating an animated gif, but it has seriously underestimated both its audience and accuser.

Last night, CNN threatened to out the Reddit user behind the now infamous wrestling-video-turn-animated-gif of President Donald Trump pummelling wrestler Vince McMahon – wearing CNN’s logo for a face – to the ground.

CNN’s reputation has taken a beating of late, courtesy of a President who seems to have his sights set on the network’s ruin, using its lackluster reporting as an excuse to threaten it and other journalists and news organisations, similarly vowing to wind-back the First Amendment which enshrines in law, the freedom of the press.

Certainly, the leaked footage of CNN producer John Bonifield admitting its coverage of Russian election tampering has nothing to do with journalism and everything to do with ratings, didn’t help its cause.

In any case, last night CNN published a story claiming it had tracked down and identified the man behind the Reddit account, ‘HanAssSolo’, who popularised the ‘Trump wrestling video’ by turning it into an animated gif, but said it was voluntarily withholding his personal information, on the condition he apologise publicly and retract the post.

“CNN reserves the right to publish his identity should any of that change,” it wrote in a gloating process-piece about how it tracked down and identified the Reddit user. It also went back through ‘HanAssholeSolo’s’ history and used as additional leverage, several provocative and distasteful Reddit posts containing racist and potentially anti-semitic content.

Within hours ‘HanAssholeSolo’ was issuing a public apology:

“First of all, I would like to apologize to the members of the reddit community for getting this site and this sub embroiled in a controversy that should never have happened,” the apology read. “I would also like to apologize for the posts made that were racist, bigoted, and anti-semitic. I am in no way this kind of person, I love and accept people of all walks of life and have done so for my entire life.”

He added, “The meme was created purely as satire, it was not meant to be a call to violence against CNN or any other news affiliation.”

The post in which he apologised and encouraged other internet users to consider the impact of their actions has since been deleted from Reddit.

Needless to say, internet was displeased and responded accordingly:

#CNNBlackmail:
1. Gets mad at being called fake news
2. Blackmails someone for meme
3. Says it's not blackmail
4. Leaves evidence on article pic.twitter.com/PrGbTU17vj

I’m not sure if CNN was expecting the President to congratulate it for its brave and noble act of publicly blackmailing a Reddit user, but it has done a tremendous job of making Trump’s point for him.

As if the press doesn’t have a difficult enough time as it is maintaining credibility, CNN swooped in and gave its audience – and every other active news consumer out there – yet another reason not to trust us. How it can claim allegiance to the First Amendment by publicly shutting down the free speech of an internet user whose activities inconvenienced its brand, is beyond me.

This woeful miscalculation occurs at a time when Donald Trump is seeking permission to access voting records of every person in the country, and who has on several occasions threatened violence against the press, even going so far as to declare ‘war on the media’, and has been known to encourage his supporters to turn on the journalists assigned to cover his rallies.

If this is what CNN means by “we will keep doing our jobs, the President should start doing his,” it is not off to a good start.

CNN statement responding to the president: "We will keep doing our jobs. He should start doing his." pic.twitter.com/Gn1YRA2DRG

I might add, nobody had a problem with either the video or the subsequent gifs that resulted from Trump’s little PR stunt. But CNN dug up some inflammatory Reddit posts by the same user and used it as justification for its online witch-hunt. Because it knew the post on its own wouldn’t be grounds enough for a public shame-fest.

I take offence when anti-semitism is used as a weapon to shut-down speech. (And before you come at me with accusations of white-privilege, I was raised Jewish. Not that my identity should have any impact on the credibility of my argument). The words ‘anti-semitism’ should be reserved for honest-to-goodness anti-semites, instead of a political tool in the arsenal of those with ulterior motives.

I have no idea whether ‘HanAssholeSolo’ is a racist or not. I couldn’t be less interested. His internet history has been used as an excuse for CNN to go after him condemn him while race-baiting the entire internet.

We saw this occur in the Pewdiepie  incident last year, (in which YouTube dumped its most popular user after he became embroiled in an internet and media witch-hunt for a harmless prank designed to highlight what atrocious things people on the internet are prepared to do for five dollars), and we saw it again in this blackmail attempt on the part of CNN.

How ‘HanAssSolo’ decided to use the time that preceded or followed his little CNN wrestling gif has absolutely nothing to do with the post at hand. And as one Reddit user, ‘Practicing_Onanist’ rightly points out: “would you be ok if Breitbart found one of your anti-Trump posts and threatened to release your personal information? Then you shouldn’t be ok with CNN doing it either”.

Ironically, CNN’s little blackmail attempt has actually helped to bolster anti-Jewish sentiment. Its actions have spawned a meme (which we won’t be reproducing here) that alleges all of its employees are Jewish. Unsurprisingly, it has resulted in all manner of ugly allegations and imputations. Now its actions are being interpreted by some as revenge by the ‘Zionist lobby’ against those who disagree with it.

This is a new low for journalism. Just when you thought CNN couldn’t set the bar any lower, it outdoes itself. It blackmailed a Reddit user to bolster its own failing business model, simultaneously inflaming racial tensions, and destroying trust in journalism, all in the same day.

That is quite an achievement.

Today CNN highlighted its own desperate irrelevance by enacting revenge against ‘HanAssholeSolo’ for having the audacity to post an animated gif online.

Trump has been waiting for CNN to trip over itself and they handed it to him. It’s Christmas Morning for the Republican Party which now has all the excuses it needs to clamp down on press freedoms.

Worse, this whole thing will once again be used as a distraction from the real news that is going unreported while CNN is forced to respond to the backlash.

I don’t know if you can tell, but there has never been a more important time for an empowered and well-endowed Fourth Estate.

This may be the death knell of establishment media, but our jobs have been made more difficult by this stupid media stunt. 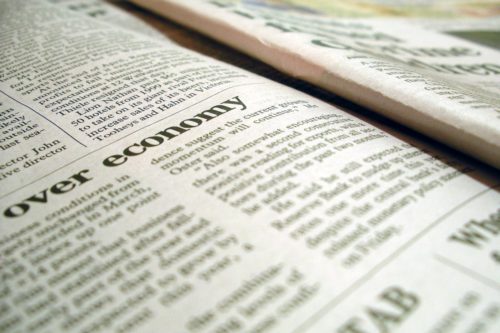 The Role of the Media