While the tectonic plates of global geopolitics have shifted dramatically over recent decades driven by Western induced wars, it’s unsurprising that the Middle East remains the focal point for these changes.

The fall of Afghanistan shows that shifting geopolitical landscapes are often accompanied by new narratives.

Is it now time for the people of West Asia to reclaim the region and its narratives for themselves?

With The Cradle, Sharmine Narwani’s new venture into Middle East geopolitics, the Writer and Analyst imagines a regional reclaiming of historical, political and media narratives that have been swept asunder by decades of Western imperialism.

“We chose the name The Cradle as a reminder that the cradle of civilization was borne of this region, when men and women decided to settle in a single spot and grow their food”, says Narwani.

The historical re-framing process sets the stage for non-sovereign states to avoid re-enacting their role as pawns in the geopolitical calculations of The Other. For this reason, the author argues that it is important the region is geographically re-imagined as ‘West Asia’ as opposed to the ‘Middle East’.

“West Asia is the start of history in so many ways. It reminds Arabs who are very distressed about their futures, the calamities going on in the region – the wars, the economic distress. It reminds them that they’re in Asia, which is something a lot of people in the Middle East tend to forget”, says Narwani.

With a diplomatically experienced incarnation of the Taliban now at the helm in Afghanistan, and a variety of natural resources at the country’s disposal with which to trade and ‘nation build’, Afghanistan has become the latest symbol of the new reclamation and the potential catalyst for regional optimism. The removal and demilitarization of the US in the region is another cause for optimism.

Following the US withdrawal of the country, China moved in quickly to negotiate the terms of its Belt and Road Initiative. Beijing’s plans will not only cut a swathe from eastern Asia to Europe, but also include secondary and tertiary interests of other countries in the region who will be faced with their own challenges with respect to the control of trading routes.

One of the under-reported facts when Afghanistan fell was Iran’s membership of the Shanghai Cooperation Organisation (SCO).

Narwani says that this is significant because ever since the 1979 revolution, Iran had maintained a very strict position of neutrality and non-alignment.

In September, former US Intelligence Officer, Scott Ritter argued that as a Eurasian geopolitical entity, the SCO represents a huge threat to the United States, who he says will do whatever they possibly can to destabilize all of those processes.

But Narwani doesn’t appear to be overly concerned at this prospect, arguing that the wars launched against the region, most notably in Syria, have proved to be a turning point insofar as they have helped cement collaborative structures that previously did not exist.

Narwani says that since the invasion and occupations of Iraq and Afghanistan, the US has been unable to put troops on the ground in Libya, Yemen and Syria. Instead, they have used economic sanctions as a form of punishment and engaged in failed proxy wars. Narwani alludes to the fact that these actions, as well as the events in Afghanistan, are a reflection of America’s underlying weakness.

Because Tehran’s priorities are bringing Eurasia together, ridding the region of terrorism, creating infrastructure and keeping the American’s at bay, Iran is now regarded as the one country in West Asia that’s most aligned with Russia and China. 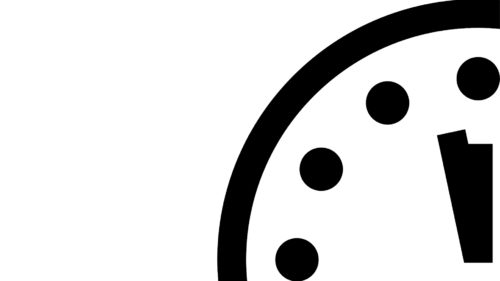 Shortly before exiting Afghanistan, the US discussed how coalition partners airlifted ISIS fighters from Deir ez-Zor, in Syria’s eastern province to Afghanistan to wage war on their behalf.

By contrast, one day after taking Kabul, the Taliban went into a prison and assassinated the most senior ISIS commander they had in custody, thus illustrating the collaboration that exists between China, Russia, Iran and Pakistan.

“All are super-aware and concerned about terrorism and trying to make sure that Afghanistan does not become a breeding ground for it to be utilized by the Americans who are going to have very few avenues in which to destabilize.”

“I often say that the West controls the narrative, but we in West Asia now control the outcome”, says Narwani.

The beginning of the end

Investigative Journalist and Author, Gareth Porter, reiterates Narwani’s point that the outcome of narratives through which conflicts ensue, is no longer under the control of the empire.

For Porter, the US withdrawal from Afghanistan isn’t the beginning of the exodus for the Middle East, but rather, represents a big step, militarily, towards the end with little prospect of any major increase in US military presence.

“The end of effective ground presence is definitely something that we can look forward to in the coming years”, says Porter.

The lack of US military engagement in the region begs the question as to what justifications will be used to feed the military-industrial complex beast necessary to swell profits, sell arms and start future proxy wars?

Porter says that in order to justify high levels of military spending over the next several years, the US have essentially manufactured a new threat by committing itself to war with China over Taiwan.

Implicit within this notion of creating enemies to justify war-profiteering, is the acronym, SLICC (self-licking ice cream cone). First coined by GIs and other lower levels of US military personnel during the Vietnam War, the term is defined as something “that appears to exist in order to justify its existence and produces irrelevant indicators of success.”

Reflecting the reality that underpins the mechanism of wars, as opposed to the American public’s understanding of them viewed through the distorted lens of the media, the term resurfaced again through similarly lower ranks of the US military during the Afghanistan conflict.

In the event that the military-industrial complex manage to manufacture the consent necessary to kick off war in the South China Sea over Taiwan, SLICC will again, almost certainly become part of the discourse to undermine any war effort engineered by high ranking officials in the way that the campaigns in Vietnam and Afghanistan were previously.

Porter opines that it’s not beyond the realms of possibility that American public opinion will be mobilized behind intervention for Taiwan:

“[The political and military establishment] have a lot of resources which are being devoted day by day to convincing the American public that Taiwan is a vital interest of the United States.”

In the final analysis, Porter believes that a multipolar outcome for the world is a more realistic eventuality:

“It’s so clear that the United States cannot win a war with China. Increasingly in the American media, you see articles that are devoted to that theme. I think that this is a telling indication of just how deep the incline is for the U.S. Pentagon and the services who want to prepare the public for potential war with China. I don’t think they want war, but I think that they feel they have to commit themselves fully to that possibility because the alternative is unacceptable to them. It means giving up their meal ticket for high levels of military spending in the future.”

Porter predicts that the multipolar world will be permanent and that US hegemony will fade over time. As it does so, the Chinese-Russian alliance will begin to part as the US no longer challenges it in a meaningful way.