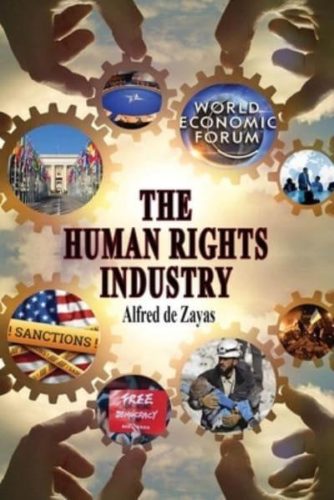 Many Western organisations urgently need reviving, especially in the face of rising global authoritarianism, the weaponisation of human rights, a failing legacy media and the unintended effects of sanctions.

Host, Ross Ashcroft, caught up with the former UN independent expert on international order, Alfred de Zayas, to discuss these topics and how we can begin to rejuvenate our institutions and our democracies.

The politics of human rights

Whenever the topic of human rights is highlighted in the media, the Pavlovian response among the public is invariably positive. The assumption is human rights are exclusively about the universal promotion of liberty and protection of human beings from harm and suffering.

But the point Alfred de Zayas makes is that although the principles that underpin human rights are worth defending, an industry has grown up around those two words that has been instrumentalized for other agendas.

De Zayas argues from personal experience that institutions such as the Commission on Human Rights, the Human Rights Council and the Office of the High Commission for Human Rights who purport to put victims of human rights violations at centre stage, are instead prioritized by geopolitical concerns.

”There’s a lot of double standards being applied. Many who work within these institutions are opportunists and careerists with an agenda and who tow the political line, that of course demeans our work in the field of human rights”, says de Zayas.

The former UN expert cites the Wests imposition of unilateral coercive measures against Venezuela that include sanctions and financial blockades, as examples of how the weaponizing of human rights for geopolitical ends work in practice. While on the one hand institutions claim to defend human rights in that country, on the other the geopolitical-motivated policies of the ‘international community’ that oversee them, exacerbate the very abuses they claim to be defending.

Instead of using the advice and technical assistance ‘carrot’ to help prevent the suffering of people in countries like Venezuela, Cuba and Syria, the strategy of the dominant powers is to punish and threaten them with their use of the coercive ‘stick’. The end result is that the human rights organisations achieve exactly the opposite of what they claim they want to achieve.

”If we want to help the Venezuelan people,” says de Zayas, ”the first thing is lift the sanctions.”

But the priority of de Zaya’s colleagues is to name and shame and engage in retributive forms of punishment. These are seen as solutions to human rights violations or war crimes and crimes against humanity.

”What’s important”, adds de Zayas, ”is to study, and then address, the root causes of the violations of human rights. But that is not on the agenda of Washington, or for that matter, London, Berlin or Brussels.”

One of the main reasons why there is so much antipathy among the public to defend the human rights of the Wests official enemies, is that they are largely unaware that the dominate powers engender an illusory reality in order to justify an imperialistic geopolitical narrative. The fantasy includes, for example, the notion that Juan Guaido, who has never stood for election in Venezuela, is the legitimate president of the country.

De Zayas highlights how an increasingly consolidated and monopolistic corporate media work in tandem with governments to help reinforce this kind of fake narrative.

”The mainstream media is essentially an echo chamber for the US State Department or political establishment. No matter where you turn to, you get the same homologated view which is very anti-democratic because a functioning democracy needs plurality. It needs to ensure that the population have access to all of the information, views and interpretations of that information. What is needed is access to information, and that is what the government and corporate media are trying to shut out,”, says de Zayas.

As a professor of international law who refuses to tow the line, de Zayas has witnessed, first hand, how this kind of censorship by omission in the media works:

”I have had no invitation by the BBC, CNN or any of the other major corporate media outlets. As scholars, we want to do our research in a manner that is objective. How can I get my conclusions out to the public if these mainstream organs are going to completely ignore me?”, says de Zayas.

Despite raising a series of ‘red flag’ concerns to the General Assembly and the Human Rights Council about the IMF, the World Bank and tax havens, de Zayas has never had an op-ed published in The New York Times.

”So what you have here”, says de Zayas, ”is not only fake news from the corporate media, you have suppression of anyone who is not going to be singing their song. I believe that to break down their stranglehold and their monopolies we have to adopt antitrust legislation.”

But given the fact that the Stockholm based International Institute for Democracy and Electoral Assistance have recently downgraded the US to what they call a ‘backsliding democracy’, it’s difficult to envisage how, in the absence of political will, any antitrust legislation could pass through Congress within the context of what is, effectively, an advanced oligarchy. What is needed is an ethical approach to law.

In his book, Building a Just World Order, de Zayas formulates 25 principles of the rules-based international order which he presented to the Human Rights Council in 2018. This set of principles are intended to be universal as opposed to those which exclusively advance the interests of the West.

They build strongly on what de Zayas calls the World Constitution, an instrument of the Charter of the United Nations, which binds humanity to a basic set of ethical standards pertaining to peace, national sovereignty and the prohibition of interference in the internal affairs of states.

An ethical case that is very close to de Zayas’s heart and that of his colleagues concerns Julian Assange. De Zaya visited Assange in 2015, when he was writing a report for the General Assembly on the so-called investment protection chapters in free trade agreements.

WikiLeaks had just published lots of these ultra secret agreements, which were highly undemocratic and against what the scholar refers to as good morals and ontology because it reduced the possibility of the state to regulate the economy. De Zayas reiterates the fact that Assange did society an enormous service by showing us crimes being committed in our name.

”It’s important to know”, says de Zayas, ”that the assault on Iraq in 2003 and the participation of 43 countries in the so-called coalition of the willing was the most savage and barbarian violation of the United Nations Charter and of the Nuremberg Principles since the Nuremberg trials. The person who is to be prosecuted for it, is the whistle blower, the messenger, not Tony Blair, not George W. Bush, not the late Donald Rumsfeld and that whole crowd.”

”We know that war crimes and crimes against humanity were committed that should have been investigated back then by the International Criminal Court which failed in establishing its credibility because it applies double standards. This is an international court that indicts only ousted African leaders and military instead of investigating and indicting Western leaders.” 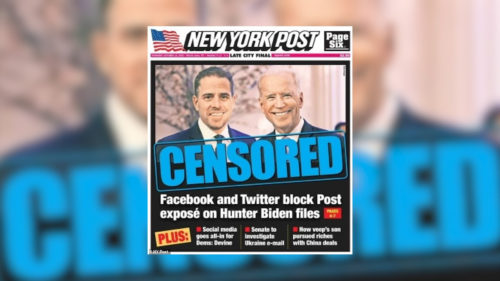 Nils Melzer, the special rapporteur on torture, recently published a book on Julian Assange, which de Zayas describes as ”one of the most important books published in this century.” It shows the breakdown in the rule of law in the Administration of Justice in the United States, the United Kingdom, Sweden and Ecuador.

It’s perhaps indicative of the corporate media’s collusion with the political establishment that the former are reacting to the book as if it didn’t exist. De Zayas argues that the adoption of a charter of rights of whistle blowers must be a priority for the United Nations, the Human Rights Council and the General Assembly so that we all have access to information that has been withheld from us.