By the time human beings recognise that a massive shift is taking place, it’s been underway for a while, sometimes a long while. The majority become aware during the quickening stage of the phenomena. We’re in one now…

As this process accelerates it will become increasingly clear to ‘normal’ people that the primary concern of governments and ‘elites’ is to maintain their grip on power, and to double down when it is threatened”

Once upon a time in a land far away there was a peaceful village of ‘makers’. One day a gang of bandits rode in & demanded tribute. When the villagers asked why they should handover their belongings to these men, they were told:

‘That is the way of the world. You have no choice other than to comply, or die’. 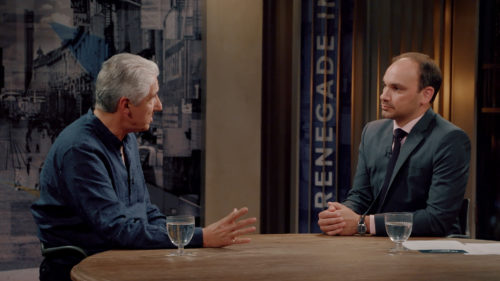 The villagers were surprised to discover that there were only two possibilities, since they had never encountered such a condition in nature; neither was it their custom to accept the word of ‘takers’. So they began talking amongst themselves about what was to be done.

Annoyed at the amount of time it was taking for the makers to submit to the inevitable, one of the bandits drew his blade, put it to the neck of a villager and said:

“Do you realise, that for one blink of your eye, I could take your life”

The villager looked back at the bandit and replied:

“Do you realise, that with one blink of my eye, I could have you commit murder”

What happened next is not written.

For the past 6 years I have been writing that a systemic collapse is inevitable; that it would be brought about either by a global financial crisis, a major war, or a conscious & deliberate reset.  There is nothing unique about this analysis – many others have come to the same conclusion, before and since.

Our monetary system is a gigantic scam: run by parasitic banks, regulated by mediocre lickspittles, used by corrupt politicians & milked by corporate criminals.

Look at our systems of political lobbying & party funding, and you will see the same thing: institutions riddled with corruption. Throw in over-crowded prisons, millions of homeless people & a criminal justice system that lets high-profile paedophiles strut around with impunity…and you realise that western ‘civilisation’ in 2020 could teach 3rd Century Rome a thing or two about the glorification of ‘rot’.

Twelve years on from 2008 and we’ve avoided another major financial crisis, and despite the best attempts of Hillary Clinton, Washington’s neoconservatives and Benjamin Netanyahu… we’ve somehow dodged WW3. But the system is still standing…

Then along came COVID-19…bringing the perfect opportunity, or so it seems, for option 3, a global reset…

The announcement of  ‘The Great Reset’ was made by The Prince of Wales and the Chairman of the WEF, Klaus Schwab during a virtual meeting on June 3rd 2020.

Here is the rationale, from the website of the World Economic Forum (The Davos People)

“There are many reasons to pursue a Great Reset, but the most urgent is COVID-19. Having already led to hundreds of thousands of deaths, the pandemic represents one of the worst public-health crises in recent history. And, with casualties still mounting in many parts of the world, it is far from over.

This will have serious long-term consequences for economic growth, public debt, employment, and human wellbeing. According to the Financial Times, global government debt has already reached its highest level in peacetime. Moreover, unemployment is skyrocketing in many countries: in the US, for example, one in four workers have filed for unemployment since mid-March, with new weekly claims far above historic highs. The International Monetary Fund expects the world economy to shrink by 3% this year – a downgrade of 6.3 percentage points in just four months.

All of this will exacerbate the climate and social crises that were already underway. Some countries have already used the COVID-19 crisis as an excuse to weaken environmental protections and enforcement. And frustrations over social ills like rising inequality – US billionaires’ combined wealth has increased during the crisis – are intensifying”

The rationale goes on:

“A Great Reset is necessary to build a new social contract that honours the dignity of every human being…the global health crisis has laid bare the unsustainability of our old system in terms of social cohesion, the lack of equal opportunities and inclusiveness. Nor can we turn our backs on the evils of racism and discrimination. We need to build into this new social contract our intergenerational responsibility to ensure that we live up to the expectations of young people…

COVID-19 has accelerated our transition into the age of the Fourth Industrial Revolution. We have to make sure that the new technologies in the digital, biological and physical world remain human-centred and serve society as a whole, providing everyone with fair access…

This global pandemic has also demonstrated again how interconnected we are. We have to restore a functioning system of smart global cooperation structured to address the challenges of the next 50 years. The Great Reset will require us to integrate all stakeholders of global society into a community of common interest, purpose and action”

“Integrate all stakeholders of global society into a community of common interest, purpose and action”

What could possibly be wrong with that?

It depends upon the underlying agenda…does it not?  It depends upon the answer to these questions: What is the guiding purpose behind the ‘necessity’ to lockdown the world, to convince everyone that 7 billion people need to be vaccinated, that ‘health passports’ will be necessary, that cash will need to be abolished, that everyone will require a ‘digital identity’ because it is a ‘human right’ to be able to prove who you are? These things, slowly but surely, are being projected by our politicians…by our media…by ‘philanthropists’ like Bill Gates…onto our TV sets…into our social media…into our mindset…as things which are inevitable…it’s happening folks…and you’re a fool, or a very selfish person, if you resist the inevitable…

I could write 10,000 words on why that last paragraph should frighten you more than the virus…but luckily for you I won’t…

My position on ’The Great Reset’ is that any new world designed by the same people who presided over the last one, will not solve the fundamental ‘disease’ that has plagued humanity for centuries. A world run by ‘takers’; a world run by people that view humankind as ‘dispensable’, is a fundamentally ‘evil’ world. And that is exactly where we will end up, if we meekly accept a ’solution’ designed by the same people…even ones that have learned to put on a ‘caring mask’.

This is what needs to be ‘reset’. And thus far, I haven’t heard a politician, a banker, a ‘philanthropist’, or any member of the ‘elite’, say anything remotely like this. Not one:

So where does this leave us? In summary:

The system is collapsing. That much is inevitable.

It is also inevitable that the people with the most power, the ‘elites’, will use everything in their armoury to retain that power in whatever follows. Apart from billions of dollars, and ‘political pets’ positioned across every major government in the west, this armoury includes the ability to conduct ‘scenario planning’ disguised as ‘research’, and a media machine that can spin a ‘controlled demolition’, as a ‘necessary lockdown’…a ‘financial crisis’…or indeed a ‘global reset’.

What is not inevitable is how we respond.

So let me ask you this:

To whom do you give your consent?

This is a choice that will be made by each individual, and from that, by humanity as a whole. Your choice can be made consciously or unconsciously; with a desire for ‘justice’, from a requirement for ‘safety’, with the motive of ‘personal gain’, or from apathy & an abdication of responsibility.

If you accept the ‘inevitability myth’ peddled by the elites and their useful idiots – that’s a choice too. There is nothing inevitable about how much ‘control’ you’re willing to put up with.

And this is the question I would ask of the ‘elites’ participating in ‘The Great Reset’ at Davos in January 2021, to all those who will hover in the background, and to those who prefer the ‘old money’ tranquillity of Bilderberg…

…a question for Gates, Rothschild & Soros…for the IMF, the Fed & the BIS…the bankers, voodoo-economists & political fixers…the CIA, MI6 & Mossad…for the lawyers who guard their little ‘secrets’…for the paedophiles lurking in their midst & the accountants who launder their money. And finally, for the gaggle of stenographers, hangers-on & useful idiots who peddle their ‘inevitability’ bullshit:

How about you tell the truth about your past crimes, before putting yourself forward to lead humanity into its future?

What happens next is not written.

You do not have my consent.