Neil Wilson examines the Tory MP George Osborne’s culpability for the damage he caused to the British economy whilst he was Chancellor.

Say what you like about Gideon “George” Osborne, he’s an inspiring example to our young of the value of persistence.

Having been interviewed and rejected by The Economist for his first-choice career in journalism, George was forced to stick it out in the trenches as Member of Parliament for Tatton for three, long lonely years, before his natural charm and wit saw him finally promoted to a lowly role in the Shadow Treasury. Following his genius masterminding of the Conservatives not-quite-a-victory in 2010, George ascended to become Chancellor of the Exchequer.

With only his loyal friend David “Dave-o” Cameron at his side and channeling his spirit animal, Peter “Dark Lord” Mandelson (some say they once shared a crypt together. Or was it a Russian Oligarch’s yacht?), Osborne beat Britain’s recalcitrant economy with the Holy Mace of Austerity for seven years, before finally achieving his lifetime’s ambition and getting the gig as Editor of the Evening Standard.

Now, if Britain’s “youth” showed a little more gumption, instead of waving rainbow banners at bearded old socialists at Glastonbury, they too could fulfil their dreams with only an old school tie, a charming best mate, and a seven-figure trust fund to tide them over.

There is little doubt that an individual as inspirational as Osborne will enjoy a long and successful career at the Standard. He is, after all, just as qualified to be editor of a leading newspaper as he was Chancellor of the Exchequer. But as the British economy still fails to heed its new master, dull City-favourite Philip Hammond, perhaps we should dare to entertain the notion that journalism’s gain is of huge benefit to the nation, and that Osborne’s economic policies were founded on what can best be described as utter bollocks.

Osborne understands politics better than numbers. Treasury officials gave him the moniker ‘The Submarine’ – surfacing only a handful of times a year. They were struck by the similarity in approach to Gordon Brown – particularly in the area of departmental cuts. Osborne continued the spending reviews introduced in 1998 by Brown and the vicious approach to spending cuts.

But the really clever political move was to shift the majority of the cuts onto the Department of Communities and Local Government. A 50% cut in budgets with more planned. These come out of the block grant given to local authorities. Most people don’t realise local authorities get money from central government. They think it comes from the local council tax. A very clever way of shifting the blame for potholes and planning failures onto local district councils.

George Osborne made government deficit reduction the central pillar of Osbornomics. He is a firm believer in small government and expected that once all that nasty inefficient public sector spending was eliminated (also known as people’s jobs) the private sector would rush out to the banks to borrow money. This approach was known as expansionary fiscal contraction. And it is as nonsensical as it sounds.

Businesses only invest and hire when they are swamped with demand. The public sector and its staff are a reliable source of demand for business. When that spending stopped happening unsurprisingly businesses hunkered down. The monetary circulation upon which the economy depends slowed down and slow growth continued.

A chancellor has little or no control over the size of a government deficit. It is what it is, largely determined by private sector saving and borrowing decisions. The chancellor can only really determine the *distribution* of taxation amongst the population. In this respect Osborne has been resolute. Ensure the rich keep as much as possible – even to the point of raising VAT, that most regressive of taxes, in the middle of a severe recession.

But the final chapter of Osbornomics was perhaps the most egregious. A signed up member of Project Fear in the ‘Brexit’ referendum, Osborne said the economy would shrink, unemployment would skyrocket and interest rates rise if the UK voted to leave the EU. The UK did vote to leave, none of what Osborne suggested happened, and Osborne was gently sidelined once his best mate was no longer there to look after him.

Osborne may have won the political arguments early in his tenure, but accounting reality cannot be denied. Your income depends upon my spending. If I have nothing to spend, you will not be employed. Osborne forgot the first rule of macroeconomics and eventually paid the price. 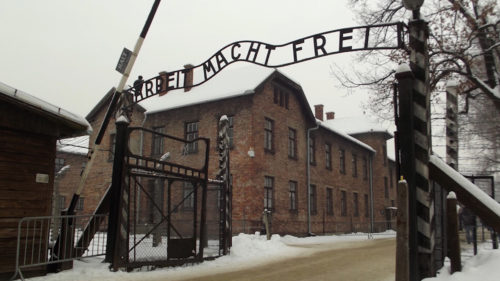