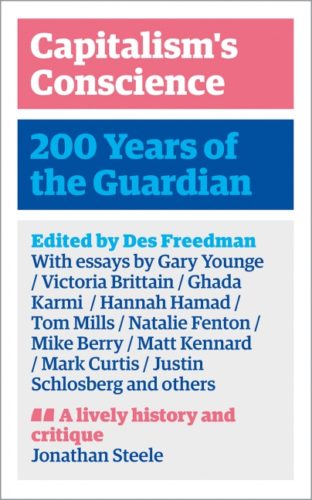 In an information age when most media brands deliberately nail their colours to the mast, one organisation that has just reached its 200 year anniversary still can’t explain what it really stands for – the Guardian. Loved by some, hated by others, but when it comes to an editorial standpoint, its mercurial choices have left many, many more really flummoxed.

Host, Ross Ashcroft, met up with senior lecturer at the Department of Film Media and Cultural Studies at Birkbeck University, Justin Schlosberg, and head of media, communications and cultural studies at Goldsmiths University, Professor Des Freedman, to help unpick the enigma that is the Guardian.

In the recent book, Capitalism’s Conscience: 200 Years of the Guardian, Des Freedman and fellow contributors explore the role and impact of the Guardian throughout history as a marker for a particular set of liberal ideas. Freedman says the constant theme that emerges in the various chapters of the book is the misplaced emphasis the newspaper places on its own self-importance. The academic also highlights a key contradiction:

“The Guardian plays this really significant role in both trying to assuage some of the worst aspects of capitalism, yet at the same time utterly reproduces it”, says Freedman.

Justin Schlosberg, who contributed to the book, wrote about the Guardian’s relationship with Jeremy Corbyn. The editorial stance the paper adopted towards Corbyn was to emphasize personality scandals and to either ignore policies that challenged the existing social, political and economic order, or to criticise them – an approach that marked a departure from its historical modus operandi.

The decision was made, editorially, to marginalize Corbyn’s base and to consolidate support among a different kind of demographic for commercial reasons as part of the papers ‘Guardianista’ business model predicated on long-term membership affiliations. According to Des Freedman, there is also something ideological at play:

What the academic is alluding to is that it’s liberalism, not radicalism, which is in the Guardian’s DNA. The latter is merely a facade in order to gain favour among its radical constituency. Freedman posits that whenever the Guardian is pushed into a radical corner by the unfolding of political events, it retreats back into liberalism as a cover:

“Liberalism is in the biography of the characters who founded it back in 1821. It becomes wedded to its institutional culture. It plays out in lots of different and contradictory ways, and it chops and changes.”

Freedman nevertheless stresses that these changes are indicative of an overall sense of continuity reflected, for example in its coverage of slavery and the fact that when the paper was founded, it advocated parliamentary reform and free trade.

Freedman’s counterpart, Justin Schlosberg, says that the reason the radical left feels shunned is because they haven’t understood the Guardian’s DNA nor the fact that, historically, it has paid lip service to some of their ideas.

The paper has largely succeeded, argues Schlosberg, because it often puts forward provocative ideas to give the illusion that it is structurally, fundamentally and quintessentially different from the rest of the mainstream press.

One only has to compare and contrast the Guardian’s coverage of Corbyn with the BBCs to see how their respective shared commitments, to not only liberal values but also their day to day journalism, play out. The notion, however, that mainstream media is an hermetically-sealed closed shop, is misplaced. The Guardian’s coverage of the Boer War, it’s reporting on the windrush and phone hacking scandals are examples of where the paper broke with the liberal consensus. 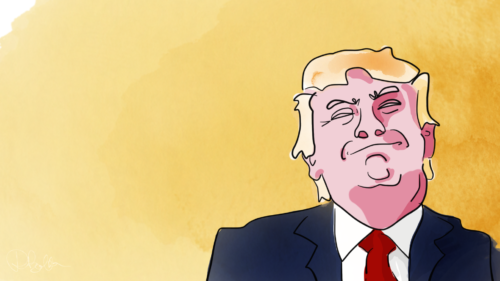 Catch-22: What to do when there are no good choices

Exceptions to the rule

Nevertheless, as Freedman points out, the tragedy is that these kinds of stories are exceptions to the rule and illustrations of how the Guardian deceives the public by presenting itself has having a moral sensibility. Each attempt at bringing power to account is offset by a corresponding intertwining with power that’s far greater.

This is what Freedman says is the underlying meaning behind the term, ‘capitalist conscience’ in the title of his book which is dedicated to making sense, both historically and at the contemporary level, of the politics and the culture of the Guardian.

The newspaper is useful to the interests of power, not only because of the moral sensibility aspect, but because it represents a good brand for capitalism. It’s precisely this kind of nuance that shores up the Guardian’s credibility and its brand based on trustworthiness.

“Liberalism typically champions particular campaigns for social justice, but distances itself from challenges to the state and economy that produces these injustices.”

Freedman explains that these types of contradictions have resulted in a critical public becoming disillusioned and viscerally angry with the editorial stance of the Guardian. The academic summarizes the rationale for this disillusionment and anger:

“The reason people are angry is because they understand the Guardian has this particular role, which is unique in the left. It is placed with a commitment to centrism that they think has a very pernicious influence on the ability of radical movements both in Britain but certainly internationally.”

“It’s made the projects of the radical left that much more difficult, precisely because there is an expectation that the Guardian represents the left. And actually what the Guardian does is often to bury the chances of the radical left. What you find is its diminution of any systemic challenge to power. That’s so apparent when you think of its reluctance to investigate British government complicity in many authoritarian regimes across the world.”

According to Justin Schlosberg, this reluctance is very closely linked to the political question of why people are angry in a context in which the Guardian sees itself as the epitome of professional journalistic ethics.

In reality, says, Schlosberg, the paper fails on some of the most basic journalistic standards and is resistant to any form of meaningful accountability in response to systemic ‘mistakes’ that it itself is deemed to be in the best position of addressing.

The academic cites the Leveson Inquiry as an example of the limits of the Guardian to bring power to account:

“Leveson revealed, ultimately, what the limits of the Guardian is, not just in terms of its kind of positioning politically or editorially, but as a newspaper that prides itself on investigative journalism, on uncovering the cover up. Here it was supporting the government’s decision to stop an inquiry that was supposed to get to the bottom of institutional corruption between politicians, the press and the police.”