The trauma created by the pandemic has understandably meant we’re all looking for rapid solutions to complex problems. Rich countries have bought up most of the supply of vaccines in a headlong rush to protect their own populations.

But will this blinkered approach end up costing everyone much more, especially if we accept that the key to universal public health is access to medicine for all?

Arguably, one of the most contentious issues of our time, is not so much the Covid pandemic, but the vaccination programme that has now followed it. A February 28 New York Times editorial recognized the global nature of the problem, highlighting the fact that global solutions are needed. The papers Editorial Board called for vaccines that have shown to have worked in countries such as China, Russia, India, Cuba, Thailand and Iran, to be taken seriously.

The notion that pandemics necessitate the need for collective solutions on a global scale, however, have been rather undermined by Western governments’ who have resisted and adopted a tribal mentality in response to these developments.

“The Western vaccines were completely bought out by the same Western countries who funded them and created them”, says Achal Prabhala.

A largely compliant Western media have reinforced government propaganda by suggesting that vaccines developed in rich countries are the only ones that work and are worth taking. A minority of commentators who have remarked favourably on vaccines developed outside the West have been derided.

This has culminated in a widespread perception among the citizenry of nations like India, South Africa and Brazil that not only does the best science happen in the West, but also that the only creditable pharmaceuticals and vaccines have been developed their too.

The problems have been compounded due to public attitudes directed towards Russia and China. Any developments in those countries are not taken seriously because to do so would imply some kind of endorsement of states’ widely accused of engaging in human rights abuses. This is despite the fact, as noted by Prabhala, that the respective data emerging from Russia and China is reliable to the extent they have been published in prestigious medical journals such as The Lancet and JAMA.

In addition, Russia and China have allowed other countries to trial their vaccines, a level of trust which suggests that the West’s tribalism is driven by geopolitical considerations and the maximization of profit. According to professor Shabir Madhi, this year the majority of the countries where 80 percent of the world’s population live, are going to have a very limited supply of vaccines.

The blue-print roll-out for these vaccines in the short-term is likely to be monopolized by Western powers whose propaganda effectively boils down to repeating the adage, “China-Russia, vaccine bad, Oxford vaccine, good.”

Rather than combining resources in order to benefit all nations in the long-term, it is far more likely that the West will attempt to boost short-term profits, creating a high market demand for their vaccines by hoarding them. In what Andrea Taylor describes as “vaccine nationalism”, the West appear set to prioritize national interests over global interests:

“Nations’ are prioritized to make sure that they get as much vaccine as possible to cover their population as quickly as possible. But by doing so, they are undercutting equitable access to vaccines around the world, which actually will come back to to hurt them in the longer term”, says Taylor.

Politically, it’s a hard sell for highly populated wealthy countries to convey to a citizenry panicked by the pandemic, the merits of a nuanced message about global equity. This is particularly true of the UK noted for having one of the world’s most untrustworthy media which is seemingly able to successfully tap into the worst of the nations xenophobic, flag-waving, instincts.

Fueled by a media whose financial bottom line is deemed to be best served by perpetuating, rather than reducing, global inequities gives rise to another global problem, namely, fraudulent vaccinations and fraudulent vaccination certificates. According to Taylor, this is a problem particularly in areas where access to vaccines have been heavily restricted.

Taylor says that her team have seen many cases where vaccines have been stolen and then sold through a vaccine market:

“We’ve seen cases where vaccines are stolen at the point of delivery. So where actually the providers have injected saline into the the patient and stolen the vaccine that was meant to go into the syringe. It’s happening on large and small scales all over the world”, says Taylor.

These kinds of fraudulent, and frankly shocking, practices bring to light the age-old argument between public and private provision of health services and the banquet of consequences that comes with that.

Taylor argues that the issue is focused around three key variables:

First, who is purchasing the vaccines (governments or the private sector?).

Second, who pays for the delivered vaccine once it gets administered (is it free at the point of delivery and are these scenarios different depending on whether its the public sector or the private sector that roll them out?). 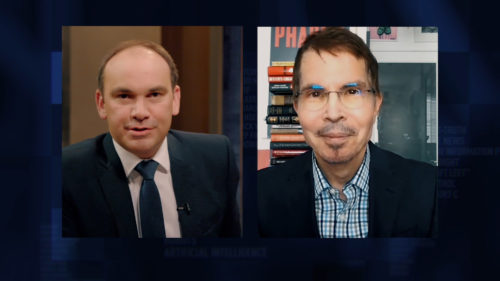 If it transpires that the private sector does not have the same eligibility criteria during rollout, then Taylor says there is a risk of a two track system emerging where people who are able to pay can get a vaccine faster than people who can’t. The implication is that the inequity around vaccines is related to the inefficient way capitalism allocates resources.

In sum, Taylor posits that the system in its current form is not sustainable and the messaging of governments’ needs to be far more nuanced than it is at present:

“I don’t think we have fundamentally solved for the key issue yet, which is these competing misaligned incentives that wealthy nations are facing. One of the key issues with the advance market commitments that all the wealthy countries made with regard to vaccines, is that they all over-ordered thinking if one or two of these come to market we’ll be covered.”