The perpetrators of the Global Financial Crisis have been allowed to keep their jobs and the proceeds of their crimes. Claims by Federal Reserve Chair Janet Yellen that no new crisis will grace the US within her lifetime reveal the stunning complacency that have allowed these complex frauds to continue. Economist William K Black  investigates. Federal Reserve Chair Janet Yellen is brilliant, but last week she said something remarkably stupid that future authors will quote with scorn. She predicted that there would be no new financial crisis in the United States within her lifetime due to reforms after the Great Recession. Steve Keen wrote a devastating column in Forbes that took Yellen to task for her complacency. Keen emphasized Hyman Minsky’s explanation of why financial stability, by increasing complacency, produces financial instability. I endorse Keen’s point but write to add that Yellen has failed to take into account three other pieces of scholarship that should have led her to realize that her complacency was unwarranted and criminogenic. That is to say her inaction as Fed chairman has encouraged criminal behaviour.

First, Yellen’s “lifetime” pronouncement in 2017 ignored Yellen’s pronouncements in 1996 – and how disastrously they fared in the most recent financial crisis. In 1996, Yellen gave a talk at a conference at the Levy Institute at Bard College, which Minsky attended. The Minneapolis Fed published her speech as an article entitled “The New Science of Credit Risk Management.” The speech was an ode to financial securitization and credit derivatives. The Minneapolis Fed, particularly in this era, was ultra-right wing in its economic and social views. Yellen’s piece is memorable for several themes. With the exception of two passages, it reads as gushing propaganda for the largest banks.

It is relentlessly optimistic. Securitization and credit derivatives will reduce individual and systematic risk. Yellen assures the reader that finance is highly competitive and that the banks will pass on the savings from reducing risk to even unsophisticated borrowers in the form of lower interest rates. The regulators should reduce capital requirements, particularly for credit instruments with high credit ratings. Banks now have a vastly more sophisticated understanding of their credit risks and manage them prudently.

There is no discussion of perverse incentives even though bank CEOs were making them ever more perverse at an increasing rate. There is no discussion of the fate of the first collateralized debt obligations (CDOs). Michael Milken, a confessed felon, devised and sold the first CDO – backed by junk bonds. That disaster blew up five years before she gave her speech. At the time Yellen published her article the second generation of CDOs was becoming common. That generation of CDOs was backed by a hodgepodge of risky loans. They blew up about four years after she gave her speech. The third wave of CDOs was backed by toxic mortgages, particularly endemically fraudulent “liar’s” loans. They blew up in 2008.

Securitization contributed to the disaster. The Fed championed vastly lower capital requirements for banks – particularly he largest banks. Fortunately, the Federal Deposit Insurance Corporation (FDIC) fought a ferocious rearguard opposition that blocked this effort. The Fed succeeded, however, in allowing the largest banks to calculate their own capital requirements through proprietary risk models that (shock) massively understated actual risk. Bank CEOs used the lower capital requirements, the biased risk models, and the opaque CDOs to massively increase risk and predate on black and Latino home borrowers.

To put it all together, the last time Yellen gave her optimistic assurances about the industry she proved wrong about everything important and helped create a system that combined complacency and the three “de’s” – deregulation, desupervision, and de facto decriminalization to create a massively criminogenic environment. That environment produced the three most destructive epidemics of elite “accounting control fraud” in history. Those three epidemics interacted to drive the financial crisis and the Great Recession.

George Akerlof and Paul Romer authored the second key article that Yellen ignored in both 1996 and 2017. They entitled it “Looting: The Economic Underworld of Bankruptcy for Profit.” Paul Romer is now the Chief Economist of the World Bank. George Akerlof received the Nobel Prize in Economics in 2001. Akerlof and Yellen are spouses. Yellen should have taken some vital takeaways from her spouse’s famous article.

• Deregulation was “bound to produce looting”
• “We begin with a point about accounting rules that is so obvious that it would not be worth stating had it not been so widely neglected in discussions of the crisis in the savings and loan industry. If net worth is inflated by an artificial accounting entry … incentives for looting will be created.” [A regulator can never rely on capital regulations because it is so easy to inflate reported capital.]
• Fraud is a “sure thing”
• When looting is common, it can hyper-inflate real estate bubbles
• The examiners in the field spotted the problem almost immediately, but economists gave them n support when they warned of the coming disaster

The third literature Yellen ignored was our work as financial regulators and white-collar criminologists. We explained why opaque assets (such as CDOs) make it easy to inflate values massively and why accounting is the “weapon of choice” for elite financial frauds. We showed why these frauds were the major driver of the second (far more expensive) phase of the savings and loan debacle.

Our work, combined with that of Akerlof and Romer, should have given Yellen great pause before embracing complacency again.

Unlike the debacle, where we obtained over 1,000 felony convictions of the elites that led the most destructive frauds, there have been virtually no convictions. That means that the elites who brought us the most recent crisis have developed enormous expertise and experience in leading complex frauds.

They kept their jobs. They kept all their fraud proceeds. The Trump administration is trying to maximize the three “de’s,” which as Akerlof and Romer warned is “bound to produce looting.” Tens of thousands of highly experienced frauds are salivating at the prospect. Yellen’s complacency is criminogenic. 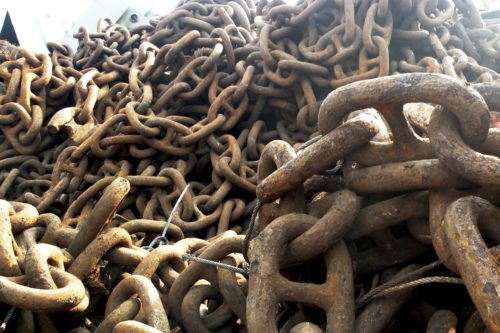