What the left can learn from Mont Pèlerin

One of the greatest tricks neoliberalism played is convincing the world it doesn’t exist.

Economic historian, Dr Philip Mirowski says if we are to have any chance of defeating it, the left has to put its big boy pants on and get organised.

“Neoliberalism doesn’t exist” is a common refrain from critics who like to pretend it is some kind of lefty-slur. But economic historian, Dr Philip Mirowski, whose book, The Road to Mont Pelerin explores its Swiss conception in 1947, says this is a deliberate strategy: deny, confuse, buy time to implement its long-term plan: the complete takeover of the state by the Neoliberal thought collective.

Dr Mirowski tells Renegade Inc. that its triumph was in its members’ ability to work past their political differences, to come up with a group of talking points they could all work off, the result of which was the rewriting of most modern-day economics.

“The left need to understand the ways in which these guys worked together to hash out their differences and continue, then inform other people – especially people in think tanks and that kind of national intelligentsia interested in the right – to develop a really coordinated program over time,” he says.

The historian says the left lacks a compelling story about how markets work, and for too long has conceived of government and markets as separate entities.

“The old story says there are all these glitches: externalities, public goods, all that kind of stuff, which is why we need a government, to fix all of it,” he says. “But that is an old vision of the market as an allocation device. Neoliberals don’t even believe in that version of the market.

“Their version of the market as an information processor is the new story. The left has to accept that. Markets tell the truth, not people. That’s the way the culture sees markets now.”   So what should the left do? It needs to play with that idea and turn it against itself.

“But I say that and people’s eyes roll up into their heads,” Dr Mirowski says.

One way to undo the neoliberal story is to argue there is no such thing as a monolithic information processor, a single computer to rule them all. Sure, markets are kind of like computers, but there are lots of different computers each with different computational capacities and all of them rely on human interaction for programming, upkeep and analysis. The code that powers them are a reflection of our bias and limitations, in conjunction with legal and social stipulations.

“In that case what we really need is an ecology of markets, simply because it is the combinations that create the world that we live in, and not this kind of generic all knowing god that the neoliberals believe in,” he says.

“You could play with part of their notion and subvert it, bring their idea of information processing into their argument against socialism: If markets don’t always produce the same knowledge or outcome depending upon their different types, it is the ecology of markets that create whatever economic outcomes that exist. Then, in fact, intervening in ecology is actually a common thing for governments to do. So therefore socialism is not any less likely than anything else. You see?”   That may sound like a fairly abstract notion, but on the other hand, it’s the working draft of a political story, which, incidentally, is how the Mont Pelerin Society (MPS) got its start: compelling storytelling. 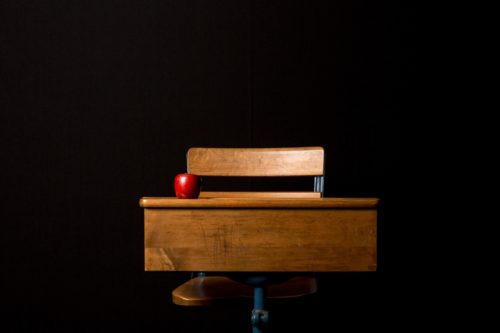 “See this is why I appreciate the MPS,” he says. “They’re organised. The right is far more organized than the left.”

“When the MPS first met, here’s what they said to each other: Laissez Faire shouldn’t exist anymore, because it doesn’t exist and it never will exist, we think the government’s policies are dangerous, so, what do we believe in? What is it that we should believe in? Ultimately what they came round to is this idea of markets as information processors which justify entering in politically to make the world conform to the kind of markets you believe in.

“That’s the character of neoliberalism. I don’t think the left understands that. They still think it’s all about intervention versus non-intervention, whereas neoliberals are all over intervention. They intervene all the time. That is the core of their politics. The left must stop acting like they are fighting the lie.”

Its opponents have been so spectacularly unsuccessful, neoliberalism has successfully rewritten economic history, stretching back from the global financial crisis, all the way to the Great Depression, the causes of which the respective juries are still very much out. (Read more about this in our article here).

“You know the neoliberals really do see it as incremental,” he says. “They’re playing the long game. So when people say ‘what should we do?’ you have to develop doctrine that totally dissolves their version of events, in the same way that their doctrine really was keyed to dissolve Marxism. And I think it did actually, successfully.”

But of course, its success wouldn’t have been possible without significant resourcing and the proliferation of think-tanks that have kept the ideology alive for more than 70 years across countries, governments, corporations, companies, universities – even schools, permeating its ideas into every sector of political life, the economy, even our perception of ourselves.  ‘There’s absolutely nothing like that on the left,” says Dr Mirowski. “Nothing at all.”

The economist historian says the left must stop waiting for a messiah.

“There’s not going to be another version of Keynes, another New Deal is not coming, that’s not how it’s going to work,” he says. “It’s just not going to happen.”

“People need to wake up,” he says.