Further reading: Says Who?: The Struggle for Authority in a Market-Based Society 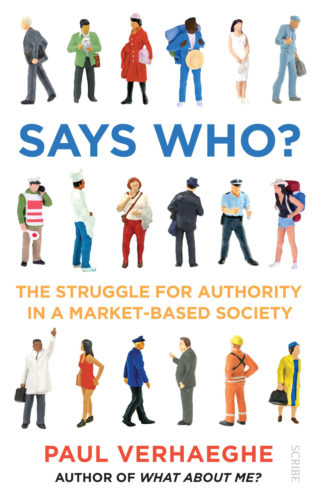 Paul Verhaeghe, professor of clinical psychology and psychoanalysis at the University of Ghent claims we live in an extremely controlling society, where authority has all but disappeared. Traditional authority has lapsed into brute force and we ourselves must take the first steps towards creating a new social order.

In his new book, Says Who, Verhaeghe’s argument for good authority over state-sponsored violence is simple: Only by strengthening the power of horizontal groups within existing social structures such as education, the economy and the political system, can we restore authority to its rightful place. This, he explains, is one of those functions that cannot be left to the so-called ‘free market’.

So what drives this thinking and where does it come from? We travelled to Belgium to speak to Verhaeghe, who argues that the economic order we live under, called neoliberalism, has changed us for the worse

Life is dog-eat-dog. Business is dog-eat-dog. Society apparently, is dog-eat-dog and of course the workplace, well, that’s dog-eat-dog. But here’s a question: When was the last time you saw a dog, eating a dog? Dogs, like humans, are social, pack animals that are predisposed to cooperation, but a certain type of indoctrination, has led humans to the cynical belief that we are hardwired to cannibalise each other in a vain attempt to gain an advantage.

Verhaeghe’s view is simple: neoliberalism runs contrary to how human beings naturally operate and has brought out the very worst aspects of human behaviour.

“The way I define neoliberalism is that it is an economic ideology,” said Verhaeghe. “It started within economics, but very soon it took over the other fields as well. Nowadays it’s everywhere. It’s in art, it’s in education, health care. Everything has been, has become, a product and everybody is someone who has to produce, and the more he or she produces, the better he or she is supposed to be. This has determined our identity in the meantime.”

Human being are social animals. We are meant to live in a group, and we are competitive. Neoliberalism has taken out one of the two, turning us into competitive beings who are only looking out for number one, all day long.

“We have forgotten about the group, but at the same time, we need the group,” says Verhaeghe. “The oldest punishment that you find everywhere in every culture for a child is being put out of the group.”

We have abandoned our group in favour of hyper-individualism.

“We have locked ourselves out,” he says.

“We have been turned into individuals, without the natural relationship that we used to have with our neighbours, with our colleagues.

Everyone has become a competitor, so no one is to be trusted.”

The result is a self-driven, profit maximising, product-making individual, who is now, marginalised, paranoid and has lost faith in the group.

“Not only lost faith in the group,” says Verhaeghe. “He-or-she has also lost faith in him or herself because everyone is at risk, all day through. Because you’re never sure of your position. There’s always another competitor who can take over. So even the self-evident trust that we used to have in ourselves, because we had a number of years of experience… That is gone.”

Neoliberal ideology has brought with it huge discrepancies of wealth. Inequality is raging.

“That is, of course, the effect of the combination between a neoliberal meritocracy and the contemporary form of economy,” the psychologist says.

“The winner takes all system has taken over.

“Once you are in such a system, you see that the cleft between those who have very much, and those who have nothing is becoming larger-and-larger. That’s inherent in the system.”

The human result is we become ill, depression and anxiety have become more common. Our natural state is to expect fair, equitable societies. Neoliberalism messes with our heads: emotionally, mentally, presiding over a system that is so terribly unequal. 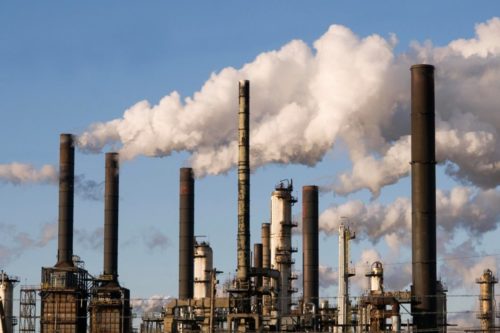 “It is very important to be aware of the fact, that we have an innate morality as well,” he says. “Many people think that morals come from above, from religion and stuff like that. That’s not true. We have a number of morals that are innate, that are genetic. One of the things that’s amazing is that there is an innate reaction to inequity. If you treat an animal that belongs to a social species, if you treat such an animal in a way that shows inequity, and compare it to another individual of that same species, you will see a very vivid and immediate reaction. Well that’s us. And (Dutch primatologist and ethologist,) Franz de Waal has been doing a number of experiments and research testifying to that state.”

The psychologist told Renegade Inc many people today are frustrated because of the unequal treatment they’re receiving. But their frustration and aggression is misdirected.

“A number of politicians are using the contemporary situation with refugees and the growing racism, to direct aggression towards that group,” he says.

“And for the time being they are succeeding.

“The vast number of people treated unequally are addressing their frustration towards their equal. Basically, the other refugees, the have-nots coming from the other side of the ocean.”

Our totally understandable anger must be directed towards the politicians and business leaders responsible for the new status quo.

“We have been living a history in which politics, church and religion were too close,” says Verhaeghe.

“We got rid of that. Nowadays we have an alliance between politics, the banking system and multinationals. We have to get rid of that as well.

“The other solution is revolution. But that’s not a very happy solution, if you look at the way in which revolutions went in the past.”

While things are changing, the psychologist is not sure whether we will have enough time. And there is the problem of taking on an enemy that is formless. Verhaeghe says politics and economics need to be split from each other.

“The political system used to be one that dreamed about a better society for citizens.

“Nowadays, that’s not the case. We don’t have any political system left.

“The only thing we are thinking about is their position in the market. But there is no possible way out.

“We have this saying in Flemish. ‘How do you solve a problem? By creating a bigger problem’. Now, we do not need to create a bigger problem because it’s already there. I’m talking about climate change, about pollution. A number of my colleagues, they are telling us: if we go on like this, there will be no future; it will be finished within 30 or 40 years.”

It’s quite possible that climate change might be the ‘solution’ we need, because everyone, everywhere will be obliged, as a method of pure survival, to take a different position.

“At that point, there’s also a difference between things that are happening bottom-up, and the things that are coming top-down,” he says. “If you look at the top-down solutions for climate change and pollution, I don’t know which word I can use and stay polite at the same time, but they are not doing that much. Let’s put it that way.

“If you look at it, bottom-up. That’s a different story. There’s a confidence between a number of mayors, of large cities, who are doing more in matters of climate change than is happening on the world level. And that’s quite easy to understand because a mayor and a council is much closer to the citizens of the city or village. And people are very much aware of it and are asking for a number of changes.”

One of the biggest problems facing the world is that the average person hasn’t seen wage growth in more than 15 years, so they can’t actually afford to be involved in this economic system. We are increasingly seeing great swathes of marginalised people, and the 1%, for want of a better term, increasing their wealth, increasing their monetary stake in this environment.

“That’s probably, on the social level, the most dangerous evolution that we are living right now,” says Verhaeghe. “Two British researchers, Wilkinson & Pickett, have put that forward. When they correlated the levels of financial inequity with psycho-social health indicators, their conclusion was very, very clear: The bigger the inequity on the financial level, the more negative impact there is on all the psycho-social health indicators.

All of this is a direct byproduct of neoliberal ideology.

“I can only think of myself as a worthy person if I am successful. The moment I am not successful, I am a loser. That goes for my children as well. My children have to be perfect. My marriage has to be perfect.”

Worse, it is a benchmark we have set for ourselves. One of the worst effects of neoliberalism, is that we have become competitors with one-another on every level. We are competing all day long with everybody else. We are even competing with ourselves, causing inevitable exhaustion and burnout.

“You get very tired,” says Verhaeghe. “That’s another aspect of the mental healthcare system. We see people who are very tired, or people who are too activated. You have burn-out, you have chronic fatigue syndrome, you have hyperactivity, you have cocaine use and things like that to stay active. So, we get the two extremes.”

And all of this is hugely profitable for the big pharmaceuticals companies. It’s easy and tempting to conclude that someone, somewhere is responsible for setting this up, but Verhaeghe doesn’t think that’s true.

“We have done it to ourselves,” he says.

“In a certain way, that’s the good news, because it means that we can change that. But it’s clear, that a number of industries and internationals have made very big profits from this system.”

Profit has become a new religion, and it therefore becomes a self-reinforcing loop.

“Yes, it’s self-reinforcing, but that’s probably the reason why it will be so destructive as well,” he says.
“Because you can reinforce it only up to a certain point, and I think we are already way beyond that point on every level: on the human level, the environment and the economy.

“Wall Street is killing Main Street. A number of economists are not very happy with this system. We are only talking about the financial economy, not about real economy. Because real economy does not function in that way.”

Watch the rest of the episode above for practical remedies for neoliberal social-economic disorder.