If you were lucky, you might not have even known who Gavin Williamson was before last week. A series of unfortunate events, however, have thrust the UK’s fledgling Defence Secretary Gavin Williamson well and truly into the spotlight.

On the same day Williamson gave an interview to the Telegraph claiming “the Russians” are plotting to kill thousands of Britons by crippling the country’s infrastructure in an unprovoked attack — he also (completely coincidentally, of course) confessed to the Daily Mail that an office fling with a married junior colleague had nearly ended his own marriage.

Talk about a convenient distraction. There’s no better way to incite mass hysteria and call attention away from your political problems than by hyping up some imaginary threat from Russia — and the Telegraph was happy to oblige. Its frontpage headline on Friday read: “Russia is ready to kill us by the thousands”.

But Williamson didn’t make the case that this supposed event of mass killing by the Russians is some potential catastrophe far off into the future. No, he framed it as a very real and current threat that the British public should be worrying about right now. He didn’t provide any evidence or explain why Russia might suddenly attack Britain, but insisted that Russia’s plan would be to cause “domestic and industrial chaos”.

Sadly for Williamson, his ploy seems to have quickly backfired. It turns out Russia-baiting can indeed go too far. The defence secretary has been widely mocked and accused of using alarmist rhetoric about Russia to cover up embarrassment caused by his extramarital affairs.

Associate editor of the Daily Mirror Kevin Maguire accused Williamson of putting up a “Russian smokescreen” and said his version of events regarding the relationship with a former colleague is the “soft version” — while both the Mirror and Guardian are investigating “harassment allegations”. Independent journalist Patrick Henningsen called William’s comments “disgusting opportunism”. Peter Oborne, associate editor of The Spectator commented on Twitter that Williamson was “out of control”.

Worse still for Williamson, UK energy and infrastructure experts quickly shot down speculation that Russia might kill thousands of Britons for no apparent reason — and a national security source also told the BBC’s political editor Nicholas Watt that Williamson was  “playing fast and loose with national security to distract from his private life”.

The Russian embassy in London accused Williamson of preferring to “intimidate” Britons just so he could get a “couple of billion extra pounds from the budget” for the defence department. Russian Defense Ministry spokesman Igor Konashenkov said that he had “lost his grip on reason”. Instead of positioning himself for Tory leadership and eventually the top job, ambitious amateur Williamson has opened himself up to international ridicule.

The incident underscores once again just how commonplace it has become for Western politicians to use this kind of Russia hysteria — either to plump up their defense budgets or to distract from their personal and political failings. Of all the lessons we could learn from Hillary Clinton’s defeat in the 2016 US presidential race, one of them should be that crying “Russia!” to mitigate inconvenient political realities doesn’t always work. Nonetheless, politicians of every stripe continue to use Moscow as a bogeyman because a compliant media nearly always eagerly responds to such stories with the nuance of a slap in the face and all the caution of a bull in a china shop.

Hillary wrote a book entitled “What Happened?” It was a unique publication – one of the few tomes that answers the central question on the front cover with the name of the author.

While mainstream media has quickly cottoned on to Williamson’s game this time, there have been plenty of outlandish Russia scare stories in recent years which the media was more than happy to get on board with. From fake stories about hacked power grids in the US to Russian submarines stalking through the Irish sea, there has been no shortage of ridiculous scaremongering of the kind Williamson was slated for this week.

British people are not falling for hyperbolic pronouncements from the likes of Gavin Williamson. His apocalyptic predictions aren’t causing anyone to shiver in their boots. The former fireplace salesman has no business pretending to be an expert on military or defence matters. He has only made himself look stupid and revealed his disrespect for the British public.

Sadly, we can’t expect the media to learn a lesson from all this. No doubt they’ll be parroting some other official’s doomsday predictions about Russia’s nefarious intentions next week. 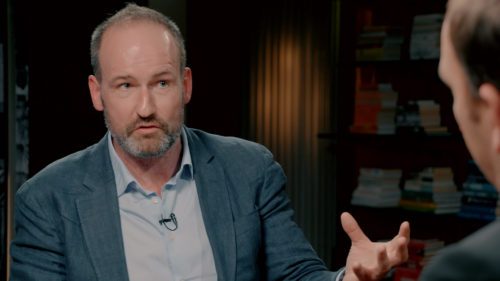