Plutocracy – It’s Alien To Me

I’ve lost count of the times I’ve used the words ‘elite’ and ‘minority’ in this series on unearned wealth, but I’m certainly not going to apologise for repeating myself: If visitors from Mars were to land anywhere on the planet today, they would quickly come to the conclusion that human society is deliberately arranged in the interests of one small section of the population.

I can imagine an inquisitive young Martian scratching his shiny green head and asking of his older, wiser mission commander, ‘how is that so few people are able to keep the rest of the population in such servitude and insecurity, apparently without force of arms?’ The commander smiles and replies, ‘it’s not only a question of how, but why?”

Try to put yourself in the shoes of someone who is exceptionally rich. Someone whose wealth is completely out of proportion to the value of their labour effort, or whatever capital they may have contributed to economic activity. Someone whose riches are attributable to the efforts of other people, or to the absurd system of money creation which underlies (and undermines) the economy.

Such people must be driven, to some extent at least, by feelings of insecurity that lead to a desire to set themselves apart from others through amassing huge wealth. Society has been dominated by such figures throughout history; but never before have so many people felt moral outrage at the behaviour of the elite. The current crisis represents an unprecedented opportunity for change. 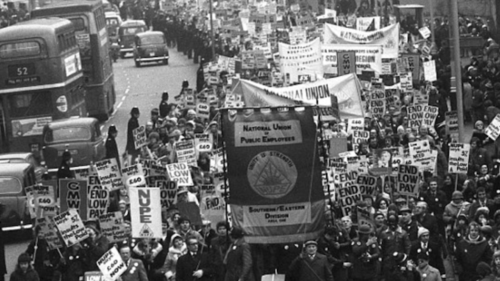 The super rich must also be driven by a sense of entitlement which ‘ordinary’ people do not possess. It’s easy to blame this on the enduring legacy of a social system which was driven by a belief in the ‘natural’ superiority of the ruling class. But many of today’s elite have no background in the aristocracy. The new moneyed class has no problem developing a similar sense of entitlement.

The super rich presumably believe that elite power is the only viable organising principle of society. While that belief may not be fully consciously held in every case, members of the elite generally see themselves as benevolent supervisors of an economic system which is better than all possible alternatives. They clearly believe they are doing the rest of us a favour by running a system which provides only as much employment for ordinary people as can be afforded without affecting their own, vastly inflated, incomes.

Status Quo and the Veneer of Democracy

And we mustn’t forget the sheer enjoyment of being able to exercise power over others in a way that is legitimised by the veneer of democracy. If we all have a say in the way things are run, then the current system must represent the democratic will. The elite don’t have to justify or excuse their behaviour, for the media constantly reminds us that we get the government, and by extension the kind of economy, we deserve.
When economic power is concentrated in the hands of so few people, not only do the minority enjoy wealth to which, under any decent moral code, they are not entitled, but they gain control over the two other principal levers of power: the media and politics. Despite the recent excitement over illegal activities at Rupert Murdoch’s New International, the media still wields such power as to completely undermine the democratic process.

Progress depends on breaking the triad of minority economic power reinforced by unearned wealth, a politics largely populated by individuals with too much invested in the status quo or too afraid to take on the elite, and a mass media set on ensuring that nothing changes.