Haven’t we been here before?

Three centuries ago philosophers began to address these questions in the movement known as the Enlightenment.

Immanuel Kant described it as “Mankind’s final coming of age, the emancipation of the human consciousness from an immature state of ignorance and error.”

But, while the Enlightenment succeeded in freeing human thought, it did not deliver a society in which the economic rights of all citizens were given equal weight.

Perhaps the best example of the gulf between Enlightenment ambition and what actually happened comes from the United States. According to the Declaration of Independence, “All men are created equal; are endowed by their Creator with inherent and inalienable Rights … among these, are Life, Liberty, and the pursuit of Happiness.”

Yet two centuries later those rights are still to be extended to the one in six Americans who live below the poverty line.

Elsewhere in the Declaration we find an explanation for our failure to turn the ambitions of the Enlightenment into reality: “All experience has shown that mankind is more disposed to suffer, while evils are sufferable, than to right itself by abolishing the forms to which it is accustomed.” This insight remains as true today as it did when first committed to paper by Thomas Jefferson more than two centuries ago. 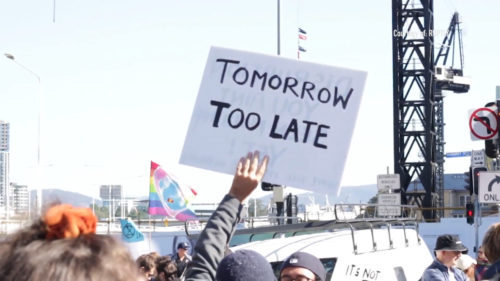 Why have people failed to abolish the familiar structures that condemn so many to poverty and insecurity? The answer, as Simon Johnson, former Chief Economist at the International Monetary Fund (IMF) says, is not complicated: “It’s about power and it’s about democracy.”

The Enlightenment set us on our way to a system of democratic government, but so far democracy has not enabled us to challenge the power of elite wealth, entrenched privilege and an economic system that serves those interests almost exclusively. It’s about time it did.