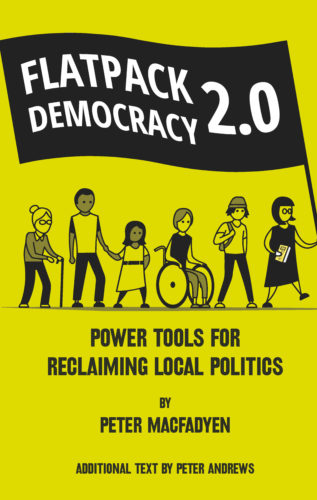 Politicians in the UK tell us all the time that we live in a democracy, no less a property owning democracy. The fact that politicians and the ‘mainstream media’ have to keep reminding us of this should be enough to raise suspicions. Could it be that the word and the idea need to be repeated endlessly because people now no longer feel they actually live in a democracy?

In truth, democracy means that every four years we might vote for one arbitrary group of people over another.  If there is such a thing as a democratic deficit, is the problem being addressed?

The co-founder of Extinction Rebellion, Dr. Gail Bradbrook, and the author and campaigner, Peter MacFadyen, joined host, Ross Ashcroft, to discuss these issues.

The refrain often churned out by the political and media establishment is the notion that the ‘mother of all parliaments’ is intrinsically linked to democracy. But the author of Flatpack Democracy, Peter MacFadyen, takes a very different view. Not only does the author believe that we don’t have a democracy but that we’ve never had one.

“There were bits of what the Greeks did which were heading in the right direction. But what they said is that voting will always lead to oligarchy. So if you choose people by voting, it will always lead to a situation where the rich will manipulate the system and end up screwing the poor. I certainly think that representative democracy doesn’t work and it hasn’t worked for us for years”, says MacFadyen.

Countries like the UK and the United States have long ago acquired the status of oligarchies. Elected officials act on behalf of a tiny minority at the top of society where wealth and power is concentrated. The logical output from such a system is one in which the general public have become disenfranchised. “This is true locally as well as in relation to Westminster and the higher levels”, says MacFadyen.

How does this play out?

Public disillusionment sets in at the local council or parish level. It’s at this point that the system crumbles because service provision depends on the extent to which funding is made available from central government which, as a result of austerity, has been lacking over the last decade. So communities who have lost trust in the ability of a top down system to deliver for local communities have, effectively, been forced by a process of osmosis, to take action themselves in order to ensure that their basic needs have been catered for.

The democratic void outlined is illustrative of an old system that is dying awaiting a new one to replace it that’s yet to be born. In ‘Flatpack Democracy’, MacFadyen highlights the need for local groups to be energized and organized in preparation for the onset of a new paradigm of bottom-up led initiatives which contrast with the old top down approach.

“We know that being part of your community is crucial for well-being and people’s mental health”, says MacFadyen.

The problem with the UK in general, is that it’s ‘provincial country within a global capital city mentality’ means that we tend to struggle with a concept of democracy that encompasses the prioritization of need at the expense of profit. Gail Bradbrook notes that this dichotomy comes to the fore in relation to our inability to reconcile environmental protection with questions around the economy and finance. 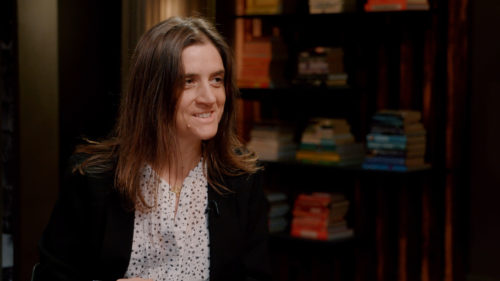 Echoing Chomsky’s notion that “propaganda is to a democracy what the bludgeon is to a totalitarian state”, Bradbrook argues that a vast swath of the British public have been deceived into believing that the imposition of ‘democracy’ and neoliberal economic paternalism at the point of a gun, is advancing life on earth rather than facilitating its destruction. It’s ironic that a media and political establishment whose economic paradigm is actually undermining democracy and destroying the planet, routinely demonize Extinction Rebellion whose revitalizing of democracy is helping to save it.

The public can be mobilized to fight for their own interests through science.

“But the main thing”, says Bradbrook, “is to give people permission to feel it and to put grief at the heart of what Extinction Rebellion’s about. It’s important to say ‘this hurts and we love life on earth’. When you actually grieve for what’s happening, you feel heartbroken. It’s really discombobulating actually. And it’s quite a transformative initiatory process. What mobilizes people are the tears.”

It’s the dedication to a cause greater than yourself that ultimately gives meaning and purpose to life. This is Extinction Rebellion’s main pull factor. It’s an ethos that overlaps with the democratic local level principles of the kind advanced by Peter MacFadyen. “We need to be able to grieve what’s being lost. We need to be able to properly engage with that. Our politicians definitely don’t. They’re seeing the facts, but it’s with the head, not with the heart”, says MacFadyen.

But, as Bradbrook acknowledges, there are also important cultural factors to consider:

“We have a system that is deeply narcissistic – the consumer sort of capitalist culture. It’s all about me and now and what do I need that just makes you feel a bit better with all the stress. But in other healthy cultures, they have a real sense of ancestor and a sense of the next seven generations. You think about what’s coming for your children and your serving that. We don’t have that in our culture as part of that process of thinking about death and dying. We do need a vision that’s uplifting, even whilst being realistic. And there’s a lot in the world that already speaks to that, like tikkun olam in the Jewish faith. It’s about stopping the harm and repairing it”, says Bradbrook.