Look at this chart, put together kindly by economist Dr Steven Hail, based on data which comes to us courtesy of the US federal reserve which provides Bank of England data on UK financial balances all the way back to 1772.

It may look boring to you but this chart can tell us a lot about what we have been getting wrong about the way federal spending – and by extension the economy – works, and why.

The black line represents the financial balance of the UK federal government, (whether it was in deficit, or in surplus). As the chart clearly shows, its financial balance sat below zero most of the time, running large fiscal deficits at almost exactly the same periods in history that private sector savings were at its peak.

However, the 19th century was different, as the chart clearly depicts.

Only during the 19th century was the UK federal government able to balance its budgets while the private sector was also able to save. Why was this the case?

“The rest of the world was borrowing from Britain — the imperial power,” writes Dr Hail for Independent Australia. “This is what allowed Gladstone and his 19th Century contemporaries in the House of Commons to balance their budgets. This is where the term ‘sound finance’, so beloved of our political leaders today, comes from. If only they knew.” 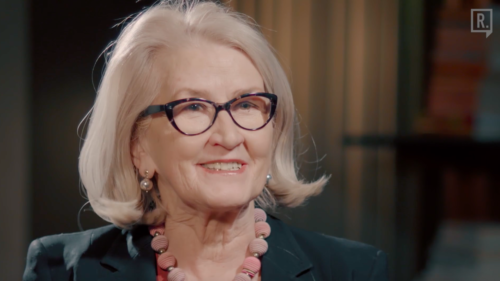 In reality, the only variable that allowed the British government to balance its budget was the fact the rest of the world was borrowing pounds from the Bank of England hand over fist.

As the chart depicts, the periods where the private sector has been unable to net save has resulted in significant increases in debt, with recession being the end result almost every single time this has occurred.

Today, Britain is no longer an imperial power, (though it does a pretty great job of informally acting like one: capitalising on Middle Eastern wars under the guise of democracy building and imposing sanctions on countries whose economic interests conflict with its own. Hello Russia).

The world no longer operates on the gold standard, but in the UK and around the world, we continue to use gold-century terminology for fiat economies. Currencies are no longer backed by physical commodities, their value is maintained by the governments that issue it, to the extent they net spend, or net save.

What has passed for recovery since the financial crisis has been the result of a massive property bubble inflation, and surging private debt, which will inevitably lead to a crash worse than what we witnessed in 2007.

As I have written many times in the past: for the government to be in surplus, the rest of us have to be in deficit. In the absence of full employment or access to meaningful income that covers the cost of living, the population is being forced into ever increasing levels of debt just to keep their heads above water.

The only way for the UK private sector to reduce its debts – as in the US, China, Canada, Australia, and so on – is for federal governments to run fiscal deficits. It has and will ever be thus.

Fiscal deficits are the only enabler of full employment, the kind that actually benefits local communities, regions and under-served areas of the economy, instead of the bullshit jobs that seem to be plaguing our modern day economy. And it is the only way that households will be able to enjoy some modicum of financial self-sufficiency and control.

Governments cannot spend without limit or that will cause inflation. Nobody – certainly not this reporter – is arguing for aimlessly flooding the market with currency. Nor am I arguing for protectionist measures that restrict freedom of movement or business. It has always been the government’s role to manage the economy and spend responsibly.

Responsible fiscal spending, that benefits the needs of the local economy and local population does not conflict with free or foreign trade. If anything it allows more people to engage with the market.

The misconceptions we have formed around spending are the result of using archaic gold-standard terminology for a fiat economy that is changing by the minute. Some may say the old rules may no longer apply, and that is true to an extent. But is the fact that government spending has always been responsible for private sector growth.

Acting as though an increasing dependence on private debt is the only path to economic growth is paving the road to ruin.