Further reading: Rethinking the Economics of Land and Housing 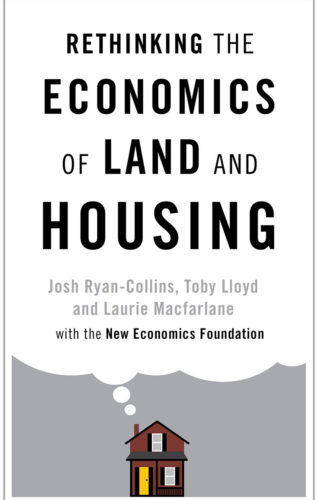 It was the American writer Mark Twain who apparently said buy land, they’re not making it anymore. A year before Twain died, Winston Churchill said that land monopoly is the mother of all monopolies.

Land is a necessity for human existence and remains the original source of all wealth. Bankers, economists and politicians have simplistically lumped land and capital together. So apparently now they mean the same thing.

Host, Ross Ashcroft, met up with the writers and economists Laurie Macfarlane and Josh Ryan-Collins, who, along with Toby Lloyd, co-authored Rethinking the Economics of Land and Housing, to discuss.

The reason inequality and the amassing of huge inherited fortunes have historically raged to the extent they have, is because a society which eliminates land from its economic calculus is integral to a rentier monopoly capitalist system that has been set up this way.

It was the classical economists like Adam Smith, John Stuart Mill and David Ricardo who were at the forefront in terms of understanding how important land is (along with capital and labour) to the process of production and distribution of wealth.

These economists recognized that in order to address the notion of land property as a factor of production, it was necessary to get political. They argued that the state has a role to intervene to prevent the excessive accumulation of unearned income and to prevent distortions in the economy that stem from that.

The exclusion of land as a factor of production correlates to the attempt by rich landowners to obfuscate their extraction of wealth and income, not by contributing anything to production, but simply by monopolizing the ownership of a scarce natural resource that they charge the public access to.

“I think one of the things we tried to tease out in the book that’s very important”, says Macfarlane, “is that land itself and private property in land is inherently bound up in legal constructs and frameworks and therefore the rules that govern land ownership use in the economy are inherently political. These rules are owned and have changed immensely, not just over time, but also change massively between countries. The rules that govern that have a huge impact on the incidence of economic rent.”

The classical economists understood that in order to reign-in monopolistic excesses it was necessary to tax those rents. Conversely, Ryan-Collins says that the neoclassical economists, at the end of the 19th century, were interested in trying to develop universal so-called scientific theories of the economy.

These theories weren’t subject to the kinds of more normative political interventions theories of their classical counterparts, but, rather, used to justify the monetization of land through the application of a broad brush approach to the rules of supply and demand across all the factors of production. This is despite the fact that, in contrast to capital goods, land is essentially fixed. You can’t create more of it under conditions where demand is high.

The authors point out that even in the age of the internet and smartphones, land is vital to some of the key problems facing modern advanced economies. At the core of some of the main challenge of things like housing crisis, financial booms and busts, land and real estate play a significant role in crowding out the allocation of resources to productive investment in the real economy.

In his book, Wealth of Nations, Adam Smith said:

“As soon as the land of any country has all become private property, the landlords like all other men love to reap where they never sowed and demand a rent even for its natural produce.”

As we face a contemporary housing crisis, specifically in the rental sector today, Smith’s words from over two centuries ago could hardly be more relevant.

Ryan-Collins says we are getting near to a tipping point in the UK where fewer and fewer people are able to afford to buy a house in a context in which the balance between renters and homeowners is changing to the extent that home owners are realizing that their children are never going to be able to own homes in the way they do.

“Ultimately something has to change politically to avoid a crisis. The difficulty is, it’s not just about people needing places to live, but about the fact that the whole of the UK and many other advanced economies, are plugged into this feedback cycle between the value of property in housing propping up consumption and propping up the wider macro economy and propping up the banking sector as well. It’s not just a simple political issue, it’s a wider economic issue”, says Ryan-Collins.

The other structurally determined aspect, are the pernicious societal effects caused by the massive financial returns of the big house building companies generated through land banking strategies.

Macfarlane says that the busts and booms in land, drive housing prices and so we need to delink the supply of housing from the volatile market in land.

One of the successful ways this has been done, historically, is in relation to social housing where rents are based on affordability as opposed to the market. A key problem is the lack of any incentives for developers to build according to the needs of the population.

Rather, the incentive is to buy land to hold on to it until they either get planning permission or it reaches a price that they’re happy with and then build some houses but always to maintain the value of the land. But when the price of land falls there is a potential downward impact on share prices.

In such circumstances we are therefore locked into this rather perverse low supply equilibrium. This explains why land cannot be viewed in the supply and demand market equilibrium approach of neoclassical economics. It has to be viewed as a commodity with unique properties and be regulated. The state has to play a major role or it has to be bought and sold for not for profit purposes as well as simply for profit.

Macfarlane posits that another key issue of our times is the dividing line that is increasingly driving a wedge between two different types of people in society. On the one hand, there are homeowners and developers who have a stake in land ownership and its value, and on the other, there’s those who are adversely affected by rising rents who don’t. 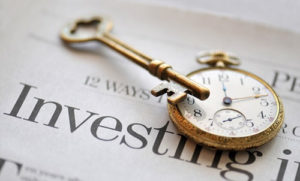 The writer and economist says that since about 2002, any increases in incomes for the bottom 60 percent of earners has been completely wiped out by increasing housing costs. It’s this wedge that’s driving society apart.

Arguably, a big step towards remedying this kind of divide would be the introduction by the state of a system of land value taxation of a kind pioneered by 19th century American philosopher and economist, Henry George.

The problem from the perspective of those who have a vested interest in maintaining the status quo, is that land tax is not necessarily difficult to collect. It’s also hard to avoid because land doesn’t move around like economic activity.

Second, land value taxes can be used as an incentive to drive economic development in cheaper, poorer areas which spreads economic growth. Third, taxing the unimproved value of land drags on unproductive landowners.

Land value taxation is politically unpopular because property ownership speculation and finance are cornerstones of 20th century economic policy. Anything that slows down the property market tends to be a vote loser for politicians.

In the UK, around £9 billion of taxpayers money winds up in private landlords pockets through housing benefit and around 600,000 plots of land with planning permission are owned by developers who speculate on land values rather than building the homes we so desperately need.

But more importantly, landowners and banks have been riding a public policy gravy train for years and land value taxation would almost certainly derail it.

Ryan-Collins says that economists from both the left and right agree that land value tax is probably the most sensible and efficient form of taxation out there but that the economic arguments have fallen on deaf ears.

The author adds that although land tax should be part of the solution, the key thing is to break is the link between the banking system, land and house prices. Both authors propose the introduction of a decentralized banking system which will get real movement returning to the real economy.

But the most important part of Macfarlane and Ryan-Collins thesis in their book, Rethinking the Economics of Land and Housing, is the need for land to be brought back into the economic calculus and treated as a unique factor in production.