Why Greece took the fall for a European banking crisis

The Greek bailouts were a banking crisis in disguise.

In an excerpt of her upcoming book, editor-in-chief, Claire Connelly, explores how Greece took the fall for decades of irresponsible lending by French and German banks.

If Greece continues to participate in the European Union, democracy is doomed.

It is somewhat fitting that the birthplace of democracy is now the battle ground for its continued existence.

The cliche of opulence and laziness disguises real Greek misfortune at the hands of the European community – and America – resulting in one of the most offensive punchlines of all time: Somehow Greece deserves the economic disaster wrought upon it, a severity not seen since The Great Depression.

In reality, the country’s long financial crisis is one big deliberate illusion created by some of the world’s largest banks and multinational conglomerates that have sidelined governments and made the rule of law and the will of the people all but irrelevant.

It has prioritised multinational profits over the economic needs of Eurozone countries, and even those outside of the union. With no sovereign currency with which to balance the score, Greece has become utterly subject to France, Germany, the International Monetary Fund (IMF) and the European Central Bank, (ECB).

The money from the three bailouts did not go to Greece at all and did not restore prosperity – it was never designed to in the first place – but flowed straight back into the coffers of French and German banks whose bad decisions over the last half century became the burden of the Greek people.

Banks never pay for their own mistakes. The European Union was formed – at least in part – to avoid the wars, destruction and barbarism of the 1920s, ‘30s, and ‘40s – but a monetary union with no federal mechanisms and no recourse for exploitation has led to war by other means. (It is no coincidence that fascism has reared its ugly head in Europe’s economically weaker nations while Germany continues to dominate the Eurozone).

If Greece continues to participate in the European Union, democracy is doomed.

The EU was created as an industrial cartel with the sole purpose of diminishing democracy and made the rule of Parliaments all but irrelevant. These technocrats and finance moguls will not simply hand back back their power to Europe.

Greece and its participating Eurozone partners should take the bold decision to leave the EU to save Europe from itself.

The Euro is actually the Deutschmark in disguise

The EU was formed on the condition member states follow a German design.

The European Central Bank (ECB) is headquartered in Germany, and its economy dominates the Eurozone, giving Germany defacto control over the Euro.

The industrial powerhouse accounts for one in every five dollars generated in the European Union. Germany recorded the world’s largest current-account surplus in February, about €270bn (almost $300 billion US), surpassing even China.

It certainly doesn’t hurt that the Deutsch Mark was kept in circulation long after it adopted the Euro in 1999. Germans were able to exchange Deutsch Marks for Euros up until 2002 at an exchange rate of 1.96:1.

Strict rules crafted by Germany during the formation of the monetary union resulted in countries of varying economic strength borrowing at almost the same interest rate as its strongest nations, namely, Germany. The ECB would soon find its balance sheets loaded up with government debts of weaker nations borrowing at the same rate as the stronger ones, putting the entire European banking system at risk. In 2011 French and German banks held nearly €1 trillion of Spanish debts.

The Euro gives Germany an artificially weak currency which may not help the incomes of its people but it has nonetheless been the country’s ticket to prosperity because it keeps the price of exports low and has therefore allowed it to become the world’s second largest exporter, with two thirds going to Eurozone members. The weaker its other Eurozone nations, the more competitive its exports become. This is no way to run a monetary union.

The Greek financial crisis was actually a French and German banking crisis for which Greece took the fall, the result of decades of irresponsible spending and lending.

When Greece joined the Euro it went on a spending spree, building roads, airports, new subway systems, infrastructure and a state-of-the-art military arsenal all built and provided by German companies. Companies which, incidentally, have been accused of bribing Greek politicians to secure military and civilian government contracts.

Siemens allegedly paid €100 million to Greek officials to secure a contract to upgrade Athens’s telecommunications infrastructure for the 2004 Olympic Games.

The Euro was designed to limit competition between the industries of member nations while shifting deficits and surpluses around the continent. Greece’s deficits are Germany’s surplus, and so on.

Had Greece still been using the Drachma, it had a chance of keeping its deficits in check, because it could decide on its own how to set interest rates and tax currency, but when replaced with the Euro, French and German loans caused its deficits to explode and it had no option but to accept the terms of its creditors, even though they knew the debt had no chance of being repaid.

Banks – having been bankrupted by the 2008 Global Financial Crisis – stopped lending, and Greece, unable to rollover its debt, became insolvent. As a result, the three French banks which had issued loans to its European nations faced peripheral losses twice the size of its economy.

More to the point, the French and German banks didn’t want the debts to be repaid. But they also didn’t want countries like Italy, Spain, Portugal and Ireland to default.

France’s top three banks had loaned €627 billion to Italy, Spain and Portugal and €102 billion to Greece and were staring down a 30 to 1 leverage ratio, meaning that if it lost only 3.33% of its loans to defaults, its capital would be wiped out and banking regulators would be forced to shut the banks down.

And if Greece defaulted on its debt, the banks were concerned Spain, Italy, Portugal and Ireland would follow, resulting in a 19% loss of French debt assets, far and above the 3% that would lead to its insolvency. 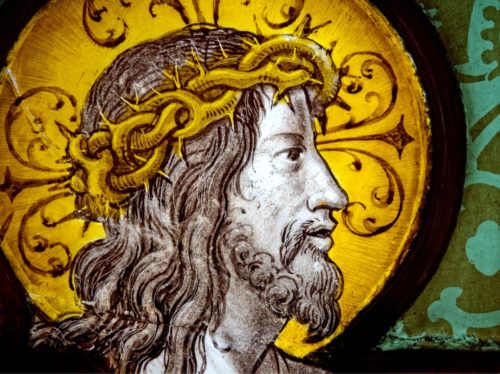 The three French banks needed a €562 billion bailout, but unlike the US which can shift its losses to its central bank, the Federal Reserve, France a) had no such central bank to shift its losses to, having dismantled it in favour of the European Central Bank, and b) the ECB was prohibited upon its formation to shift bad debts onto its books.

Likewise, Germany’s banks also went bust and required a €406 billion bailout – which it received – but it was barely enough to cover its US-based toxic derivative trades which led to the crisis in the first place, let alone what they had leant to their European neighbours. The banks came back begging, mere months after being cut a €406 billion cheque by the German government.

“Greece’s bankruptcy would force the French state to borrow six time its total annual tax revenues just to hand it over to three idiotic banks,” former Greek finance minister, Yanis Varoufakis wrote in his expose of the ‘bailout’ negotiations, Adults In The Room.

Had the markets found out this secret, interest rates would have skyrocketed and €1.29 trillion of French government debt would have gone bad and the country bankrupted, and the EU with it.

German Chancellor, Angela Merkel and (then) French President Nicolas Sarkozy alike knew that asking for more bailout money would have been political suicide.

Greece was used to cover up the lie

The EU’s founding treaty bars it from refinancing government debt. So the IMF was used as a go-between, convinced by (then, director), Dominique Strauss Kahn to bend its rules regarding lending to bankrupt states before its debt is restructured.

Under the guise of refinancing a bankrupt state, more than €1 trillion worth of bailouts were provided to the ailing French and German banks – not by the EU but as a series of bilateral loans from “the European community”, or individual countries – to Greece. Greece “repaid” its “debt” and the money flowed back into the coffers of French and German banks. Along with Greece, the burden of a second bank bailout was lumped onto the shoulders of even more vulnerable countries including Brazil, Indonesia, Portugal, Slovakia, Spain and Ireland. Greece would shoulder the blame in exchange for crippling austerity measures as a way to restructure its debt, while the the European community was totally unaware they were paying for the mistakes of French and German banks. But make no mistake. The Banks, The ECB, the French and German and Greek governments, the troika, they all knew. And they did it anyway.

Had Greece stuck with the drachma, thus preserving its monetary sovereignty, it could have bailed itself out of the crisis by issuing more of its own currency to its debtors while also re-inflating bankrupt industries, providing much-needed income for its citizens.

But by signing away its currency independence it became subject to the political and economic interests not just of France and Germany but of the bureaucrats and politically unaccountable organisations that run the EU.

If 2008 has demonstrated anything it is that financial malfeasance is not only not going to stop, it will only become further legitimised by any government or bureaucracy that believes their systems are too big, important and embedded to fail. For this reason it is essential that citizens of the world have monetary protections against further bad trades.

The ability to issue currency is alone the greatest tool governments have against insolvency.

Either the Euro should be disbanded altogether and the member states return to their currencies of origin, meeting to discuss trade deals that mutually benefit governments, industries and people, or the rules of the European Central Bank need to change.

No country should be brought to its knees by the bad trades of another, least of all its citizens.

Support Connelly on Patreon starting at $1 a month.